With HD 1080p and 7 HD inputs, the Sony BRAVIA EX400 Series HDTV will be a display worth doing a full review on in the near future. This great HDTV features Ambient Sensor and LightSensor technology that automatically adjust the color and backlight based on a room's lighting. Connect a USB drive and share your favorite photos and music with family and friends.

With HD 1080p and 7 HD inputs, the Sony BRAVIA EX400 Series HDTV will be a display worth doing a full review on in the near future. 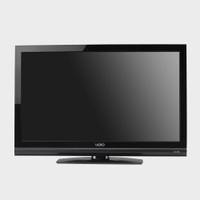 The Samsung LED 9000 delivers the pure thrill of 3D entertainment, connectivity that enhances your life, and visually stunning picture quality. Action leaps off the screen with advanced 3D technology, for a truly immersive viewing experience. 2010 [email protected] Content Service lets you get connected to the best of the web, right on your HDTV, with downloadable and customizable widgets – and coming soon, Samsung apps. Connect to friends, share pictures, shop online and more. The ultra-slim design adds sleek versatility, while an elegant Touch of Color bezel accent brings both new colors and textures to your décor.

The BRAVIA EX500 Series HDTV combines a clean design with cutting-edge features. You'll enjoy exceptionally smooth motion in fast-action sports scenes, movies and games thanks to integrated Motionflow 120Hz refresh rate technology. Plus, Ambient Sensor and LightSensor technologies automatically adjust the color and brightness based on your room's lighting to ensure you'll always get the best possible picture. In addition to seven HD inputs, a built-in USB input lets you to connect an external hard drive for sharing your favorite videos, photos and music with family and friends.

The Sony BRAVIA XBR-52LX900 is a stylish high definition television that's built with advanced technology and design in mind.

Designed to create a remarkable sense of space, the BRAVIA NX800 HDTV features a stunning monolithic design and innovative six-degree tilt, so you can position your TV at lower levels for a more comfortable and enjoyable viewing experience. An Edge LED backlight and BRAVIA Engine 3 video processor delivers superior, life-like image with amazing contrast and color. Integrated BRAVIA Internet Video and Widgets, built-in Wi-Fi, a USB input, LightSensor technology and Energy Saving Switch round out the feature set.

The Sony BRAVIA KDL-52NX800 is a high definition television that uses technology to let owners get the most out high quality display.

Watch jaw-dropping action leap off the screen with Samsung 3D technology. The C8000 LED backlit television brings new depth and dimension to it all— so you’re not just watching the action, you’re living it. Along with a visually stunning picture, it also features web-connected Samsung Apps so you can stream movies, play games, flip through photos, and more while you watch TV. Enjoy the smoothest motion in every frame. Advanced panels and unique backlight technology combine with algorithms to reduce the response time. The lower the response time, the higher the Clear Motion Rate (CMR). With Samsung Real240Hz, a high CMR of 960 yields the most accurate image reproduction and the fastest onscreen action, for some of the most innovative motion reduction and clearest moving images.

Bring the wonder of 3D straight to your living room with groundbreaking technology from Samsung. Our new 3D TVs add a whole new depth and dimension to scenes to create a completely jaw-dropping experience. Samsung 3D Active Glasses sync up with your 3D TV to produce 3D images, allowing you to watch movies and TV with action that leaps right off the screen. Even your favorite shows can now be transformed to 3D in real time. Discover a new dimension in TV with Samsung 3D technology.

The C8000 LED backlit television brings new depth and dimension to it all— so you’re not just watching the action, you’re living it. Along with a visually stunning picture, it also features web-connected Samsung Apps so you can stream movies, play games, flip through photos, and more while you watch TV.

The Vizio M220VA Razor LED is a LED backlit LCD HDTV that has a slim design, saves energy and has an attractive picture. With a 22-inch screen, the Vizio HDTV has 60Hz refresh rates that help create a bright and vivid display that's ideal for movies, television shows and video gaming. The TruSurround HD and TruVolume helps create clear sound quality that only amplifies the experience in the owner's entertainment setting. Along with 2 HDMI outputs, the HDTV is also Energy Star 4.0 compliant meaning its energy efficient and ideal for those who are concerned about the environment.

A model in the company's XVT TruLED Series, the Vizio XVT472SV TruLED is a LED backlit LCD HDTV that's stylish, powerful and energy sufficient. The 47-inch screen television has 240Hz refresh rates and Smart Dimming Technology that helps create detailed picture quality that's optimized. Along with an Ambient Light Sensor that improves contrast, it has TruSurround HD and TruVolume that creates great sound quality that's clear and loud. Like similar models, the HDTV has 4 HDMI outputs and is Energy Star 4.0 compliant.