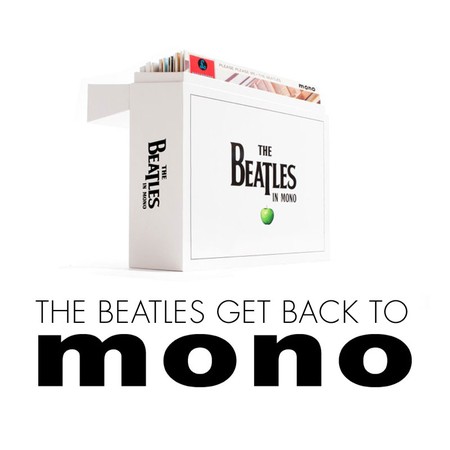 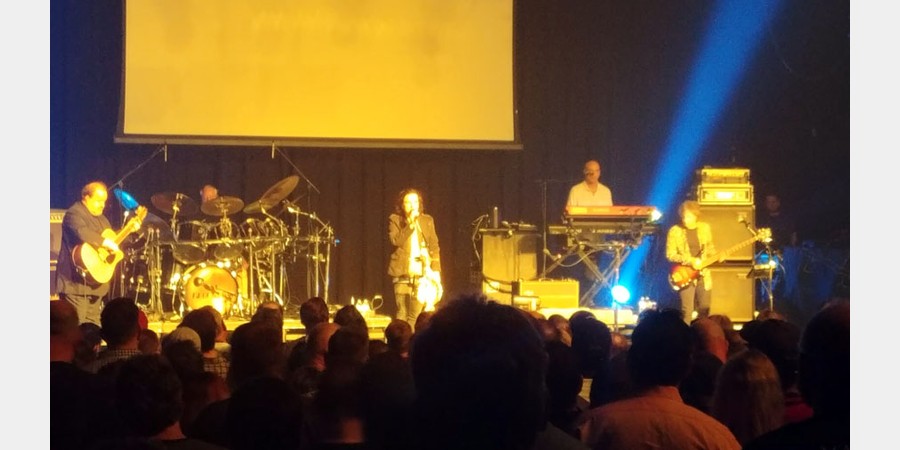 Marillion are purveyors of soulful, powerful, and deeply-moving music, known for legendary live performances are globally releasing a numbered …

Morning Dance was the breakout recording for Spyro Gyra, and my favorite release (followed closely by Catching The Sun) of the 1970's. This is a … 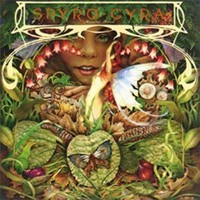 Breakout on vinyl is my favorite Spyro Gyra release of the 1980's. Breakout was (and still is) proof that great production values have the … 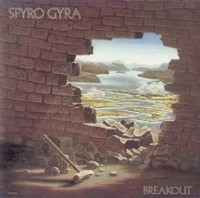 Often referred to as the leaders of the neo-progressive movement of the early '80s, Marillion are a great deal more than that. They are purveyors of soulful, powerful, and deeply-moving music, with a long-standing reputation of impressive live shows and an imposing, faithful and loyal global fanbase. From January through September 2018, a carefully curated and strictly limited (5000 copies each) and numbered series of Marillion live albums will be released in retail stores across the globe for the very first time.

Marillion are purveyors of soulful, powerful, and deeply-moving music, known for legendary live performances are globally releasing a numbered series (5000 copies each) of their live albums.

Morning Dance was the breakout recording for Spyro Gyra, and my favorite release (followed closely by Catching The Sun) of the 1970's. Spyro Gyra (and co-founder/composer Jay Beckenstein), will forever be associated with the title track from this album. This wildly successful follow-up to their debut album (simply titled Spyro Gyra) was eventually certified RIAA Platinum (meaning it sold over 1 million copies). While Spyro Gyra debuted in the shadow of super-groups like Weather Report and Return To Forever, they were just as successful commercially, ultimately out-lasting them all!

Morning Dance was the breakout recording for Spyro Gyra, and my favorite release (followed closely by Catching The Sun) of the 1970's. This is a review of the vinyl release.

Breakout is my favorite Spyro Gyra release (followed closely by Freetime) of the 1980's. This is also my first (exclusive) LP vinyl review as I didn't really start buying CD's (or own a CD player) until 1987. Breakout was (and still is) proof that great production values have the ability to transcend the media format.

Breakout on vinyl is my favorite Spyro Gyra release of the 1980's. Breakout was (and still is) proof that great production values have the ability to transcend the media format.

Number 2 in a 4 part series, this is my favorite Spyro Gyra release (followed closely by Heart of the Night) of the 1990's. It didn't hurt that Love and Other Obsessions rose above a string of very pedestrian releases leading up to it. While the song selections are hit or miss (there are several tracks I either love or hate), the highs far outweigh the lows. Check out my review of this CD to see if its something you should add to your Jazz collection.

Spyro Gyra Love and Other Obsessions CD is one of those love/hate albums. While it's one of my favorite Spyro Gyra CD's of the 90's, it's rather ho-hum audio quality holds it back from greatness.

A lot of people have asked me "how come you've never done a Spyro Gyra CD Review?" to which I responded: "good question!". Since they are probably one of my all-time favorite modern jazz/fusion groups, I've decided to do FOUR Spyro Gyra CD reviews over the next several months: one for each complete decade they've been in existence. In reality, the last couple of reviews in the series will be LP reviews, because I didn't start buying CD's until the late 1980's! I'll start with the 2000's and work my way backward to the 1970's, beginning with 2004's The Deep End.

Spyro Gyra is one of my favorite all time jazz bands. The Deep End (2004) CD is in my opinion some of their best work. Read my review to see why and more importantly get a copy for yourself ASAP!

It was with great pleasure that we had the distinct opportunity to interview prog-rock legend Mr. Steve Wilson (former front man of Porcupine Tree). We sat down with Steve prior to a gig he was hosting in Sweden to play his latest album Hand Cannot Erase. In this interview we discuss his views on multi-channel audio mixing, the state of the music industry when it comes to hi fidelity playback and what inspires his sounds and moods in his music.

We interview Steve Wilson (formerly of Porcupine Tree) on his new album/ blu-ray Hand Cannot Erase. We discuss his views on multi-channel mixing and the state of hifi as well as the mood of his music.

I couldn’t add up all the demos I’ve done, from my decade as a high-end audio salesperson in the ‘80s, to trade show demos as a manufacturer, to demos for dealers, and many more for friends and family. I always seem to come back to certain albums, songs, or even passages, and I’m constantly adding new favorites that demonstrate a system’s ability to reproduce sound accurately. This article recounts some of the most noted demo material on CD, SACD and LP formats that I still use to this day. Due to their high resolution, I believe they will also help you evaluate the quality of audio gear to make informed purchasing decision.

From a decade of selling hifi gear, to manufacturer demos, Paul recounts some of the highest quality demo material on CD, SACD and LP to help you better evaluate fidelity of audio equipment.

I owned the original LP release (1981) of Chick Corea's Three Quartets, which was re-released on CD by Stretch Records in 1992. The CD version of the album includes four additional tracks recorded during the same session, although they are quite different stylistically. For those unfamiliar with Chick Corea, he has a rich composition history, but I believe no one set is more profound than Three Quartets. Outstanding writing combined with outstanding performances makes this a modern jazz classic.

The original release of the Don Grolnick Group's The London Concert (1995) only included the first set, as the tape of the second set disappeared after the mastering process for the CD was completed. Almost 20 years later, a digital (DAT) backup copy was found, leading to this release of the second set reviewed here. If you've never heard of keyboardist/composer/producer Don Grolnick, be assured that you have certainly heard his work. Grolnick was the foundation of many recordings from pop/rock stars like Carly Simon, James Taylor, Linda Ronstadt, and Steely Dan to jazz legends like David Sanborn, Gato Barbieri, The Brecker Brothers, and Steps.

After being lost for nearly 20 years, a digital (DAT) backup copy of the second set of the Don Grolnick Group's London Concert was found, leading to a second release which Audioholics reviews here.

Newly mastered at the legendary Abbey Road Studio, The Beatles “Get Back” to mono with The Beatles In Mono vinyl box set. The set boasts fourteen 180-gram vinyl LPs, with the original artwork, as well as a 108-page hardbound book. The mixes sound crisp, with the lowest noise floor we’ve ever heard in vinyl. Albums like Rubber Soul and Sgt. Pepper's are true gems. Pristine sound and accompanying artwork will bring tears of joy to all Beatles fans. So what are you waiting for? It's time to enjoy the Beatles the way they were supposed to be heard and turn this generation of Justin Bieber MP3 listeners on to some real music with substance and excellence in audio fidelity!

Newly mastered at the legendary Abbey Road Studio, The Beatles “Get Back” to mono with The Beatles In Mono Vinyl (180G) 14 disc box set mixed from the original analog tapes with lots of artwork.

What do you get when you put four musical masters in front of a live audience? Blues for Tony! This electric two disc set was culled from the best performances across a Fall 2006 tour to simulate an entire evening's worth of material. The almost ninety minutes of music on this two disc set contains many long-form (~10 minute) arrangements, effectively simulating a one-night show.

CD Review: What do you get when you put four musical masters (Holdsworth/Pasqua/Haslip/Wackerman) in front of a live audience? Blues for Tony!

As Michelangelo created the perfect sculpture, Beethoven created the perfect symphony and Dali created the perfect painting, so too has Umphrey’s McGee created the perfect jam-band-psychedelic-neo-progressive-rock-country-jazz-fusion-hip-to-the-hopity music that also happens to be readily available for download in multiple formats. No other band can play as diversely, offer evolving shows night-after-night with on-the-fly changes developed on stage and accented by perfectly syncopated multicolor lights to every groove like Umphrey’s McGee. Umphrey’s live shows are coordinated from mixing for the band and house, to talk-back-mics, their incredible headphones and snowcones and how the music goes from the board to their website for download. They are in a league of their own and Audioholics caught up with them during their recent concert in Orlando.

Audioholics met up with the folks from Umphrey’s McGee during their show in Orlando, Florida. Our interviews were with Jack Cinninger and Chris Mitchell. Talented band with transcendent musical style.

A pop star in his home country of Indonesia, guitarist Dewa Budjana has assembled a strong slate of well-known American jazz artists to produce an eclectic jazz set recorded and mixed by Grammy winner Rich Breen. Featured on over 20 recordings with the Indonesian group Gigi, Budjana's own recordings are more jazz-centric. He composed and arranged all the music on this CD, featuring acoustic and (mostly) electric guitar with some guitar synth mixed in. Check out our review of the Joged Kahyangan CD available from Moonjune Records.

Music Legends Jon Anderson and Jean-Luc Ponty Announce Formation of New Music Ensemble - The Anderson Ponty Band! The band will visit the music created by Jon Anderson and Jean-Luc Ponty over the years with new arrangements, virtuosic performances and new energy, while creating new compositions as well. After hearing the rather uninspiring new studio release of the new Yes Album Heaven & Earth we are pleased to see this alternative formation of a Prog Rock/Jazz band featuring the original lead singer and heart of Yes; Jon Anderson at the helm. Let us know what you think on our forum.

Music Legends Jon Anderson of Yes and Jean-Luc Ponty Announce Formation of New Music Ensemble - The Anderson Ponty Band! The band will visit the music created by these two artists and more.