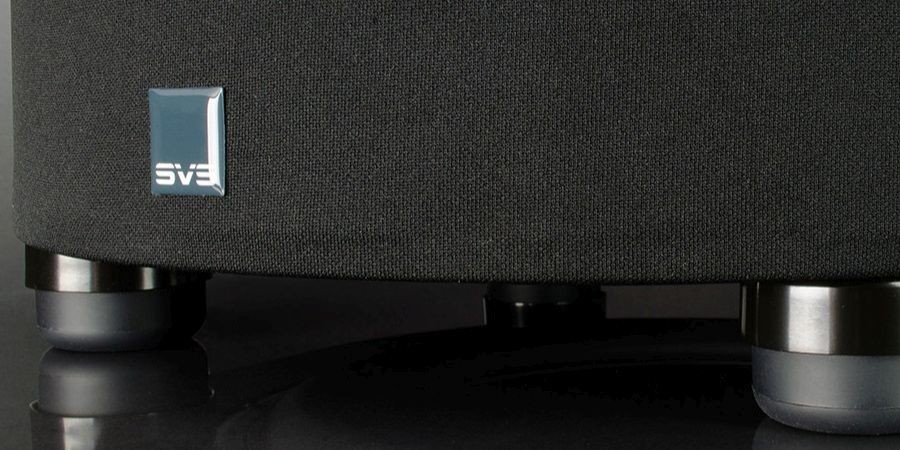 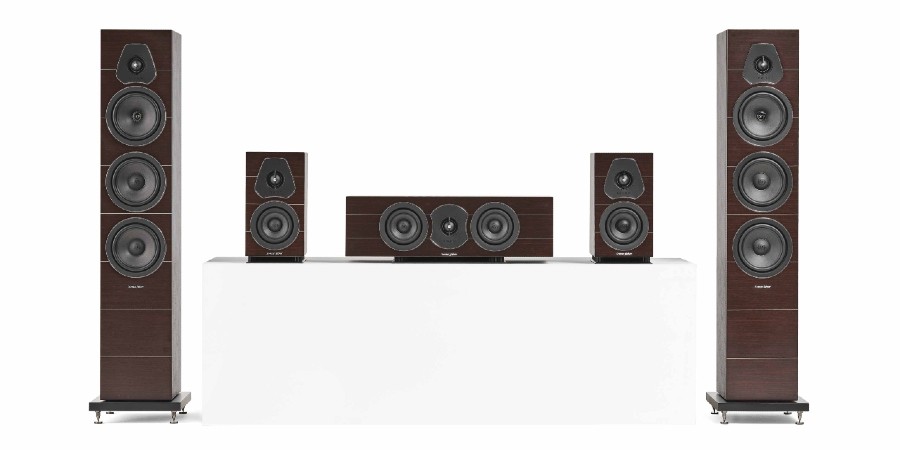 THX has launched its first consumer product! Onyx is a portable DAC/Amp featuring MQA and THX's AAA amplifier topology in a portable USB-powered …

Sonus faber’s new Lumina collection of loudspeakers aims to bring luxury audio to the masses. The three-strong lineup includes the compact Lumina I bookshelf speaker ($899/pair), the three-way Lumina III floor-stander ($2,199/pair), and the Lumina Center I ($699 each). The Lumina series combines simple, minimalist design with the high-quality materials that Sonus faber is known for. Is it a recipe for success, or has Sonus faber compromised too much in order to keep the prices reasonable? Read on to learn more.

Bowers & Wilkins proved with their new PX7 noise-cancelling headphones that they can excel in this space just as well as they do with premium loudspeakers. Read to see why they are our 2020 POY winner.

THX has launched its first product: A portable USB headphone DAC/Amp featuring its innovative AAA amplifier technology that promises high power and extremely low distortion. But, wait… did we say THX? You got that right! THX, the audio certification standard founded by George Lucas, is now rolling up its sleeves and building its own consumer audio equipment. This portable USB headphone DAC/Amp packs enough power to shatter cobalt at a price that will make the competition sweat. The first-ever THX audio hardware has arrived, could this be a sign of things to come?

THX has launched its first consumer product! Onyx is a portable DAC/Amp featuring MQA and THX's AAA amplifier topology in a portable USB-powered package. Read on to see how it compares to Audioquest.

The Polk Audio Legend L800’s with SDA Pro technology reflect the next evolution in Polk's long obsessions with cross-talk cancellation technology. Is this their best effort yet? Check out the review to find out why I fell in love with these speakers, found myself rediscovering my music collection all over again, yet also calling them idiosyncratic at the same time.

The Polk Audio Legend L800’s w/ SDA Pro reflect the next evolution in Polk's long obsessions with cross-talk cancellation technology. Is this their best effort yet? Check out the review to find out.

Do you have tinnitus or a golden ear? Are you having trouble discerning Dolby Atmos from DTS:X? Help is on the way! Read on to see the medical breakthrough that will finally let you hear the difference between $100 and $10,000 speaker cables. Read on to find out more.

Do you have tinnitus or a golden ear? Are you having trouble discerning benefits of high-res recordings and Vinyl? Read on to see the medical breakthrough sweeping the audiophile community.

Fancy home theater entertainment centers can wreck the fidelity of a good sounding hi-fi system. We discuss what to avoid to maintain the best performance of your audio equipment when placed in furniture.

Every once in a while, we have to move our AV systems to a new room. Sometimes, it’s because the system has outgrown its current home and it requires a larger space. Other times, it’s because the current room is needed for another purpose. But acoustically, things don’t always work out in the new room exactly the way you thought they would, despite your best plans. In this editorial, I show how I overcame acoustical challenges by fixing the bass.

Moving my 2CH hi-fi system into a new room spelled disaster for deep bass. I show how I fixed the bass in this room so all hope isn't lost for others with similar acoustical problems.

2020 wasn't a kind year for any of us, but for Onkyo and its subsidiaries including Pioneer, the struggle almost brought them down. Fortunately, Onkyo had a plan for difficult times long before COVID-19 struck. So far, its plan seems to be working as Onkyo and Pioneer Elite recently unveiled a new line of competitive A/V receivers for 2021. As Onkyo's fiscal year approaches its end on March 31st, we'll soon find out if it has completed audio's hail mary pass of the century.

Onkyo & Pioneer are face the fight of their life in 2021. But with a new line of A/V receivers, there are some hopeful signs that Onkyo will rise again!

Polk Audio's brand new Reserve speaker series takes many of the innovations from their flagship Legend series and packs them into a much more affordable set. Many of the Reserve speakers have MSRPs less than half of that of their Legend counterparts yet still boast much of the same technology and even deploying a few new technologies of their own. This is great news for those who want the acclaimed high-performance Polk sound but can’t swing the Legend series price tags. Read our preview of the Reserve speakers to see how much hi-fi you can get for a low cost from Polk Audio.

Polk Audio's new Reserve speaker series takes many of the innovations from their Legend series and packs them into a units with MSRPs less than half of that of their Legend counterparts. Read on.

SVS has broken the small-sized subwoofer barrier with their 3000 Micro subwoofer. The 3000 Micro powers two 8" woofers with an 800-watt RMS amp but packs all of this into an 11" cube. The 3000 Micro also has all the bells and whistles of SVS's usual gamut of technology including app control, high-powered DSP, ultra-efficient class-D amplification, and the ICI interface. If you need a really big sound from a really small package, SVS now offers an interesting new choice to the marketplace of microsubs and at only $799 shipped!

The SVS new 3000 Micro subwoofer breaks the small sized barrier with BIG sound from dual 8" drivers, 800 watt RMS amplifier, all packed into an 11" cube for only $799 shipped!

The bad news is that one of Focal's most widely loved headphones is reaching the end of its life-cycle. But the good news is that it's being replaced by the new Clear Mg, with an updated all-magnesium dome driver. Focal says it's not changing anything about the sound signature of original Clear, but the new driver promises to deliver more lightness and stronger damping. Clear Mg is will be the direct replacement for Clear in its line of high-end headphones, not to be confused with the new Clear Mg Pro which was released for audio professionals. We had a chance to try out Clear Mg and make some subjective comparisons between it and the original Clear, or should we call it Clear Classic?

Focal's most widely loved headphone, Clear is reaching the end of its life-cycle. But the good news is that it's being replaced by the new Clear Mg, with an updated all-magnesium dome driver.

It was an overproduced, overlong online "event" featuring the stars of Spotify in overtly scripted segments badly-acting spontaneity. The purpose of the event was to publicize Spotify's plan for global domination of audio-based entertainment over the next five years. To do this, Spotify will add features to compete with just about every other app on your phone including YouTube, SoundCloud, TikTok and even social media. But, the big news is that Spotify will finally offer Premium subscribers its most requested feature, lossless audio. Details are thin for now, but we can make some predictions based on what Dream On revealed and what it may have strategically omitted.

Spotify, the number one music streaming service said it will finally bring lossless HiFi audio to Premium subscribers during its star-studded Stream On event where it revealed plans for 2021.

Perlisten Audio: The THX Dominus Line Has Finally Been Breached!

THX has raised the bar to a height that few thought anyone could clear in their 'Dominus' certification. That has now changed with Perlisten Audio's introduction of a slew of high-performance loudspeakers and subwoofers which use advanced technology and brute force to utterly melt the limits of what was previously thought possible in sound reproduction. Read on to learn what THX Certified Dominus is and why it is such a big deal to have finally been attained by a loudspeaker manufacturer.

THX raised the bar to a height that few thought anyone could clear in their 'Dominus' certification. That has changed with Perlisten Audio's introduction of their Certified Dominus loudspeakers.

Arylic now offers what they call a DIY line of audio equipment that can serve as the basis of a low-cost home stereo system. In this review we'll be looking at a series of products from Arylic that will help you configure an economic multi-zone media server. How does it sound? Read on.

Arylic offers what they call a DIY line of audio equipment that can serve as the basis of a low-cost home stereo system functioning as a multi-zone media server. Best of all you can build it yourself.