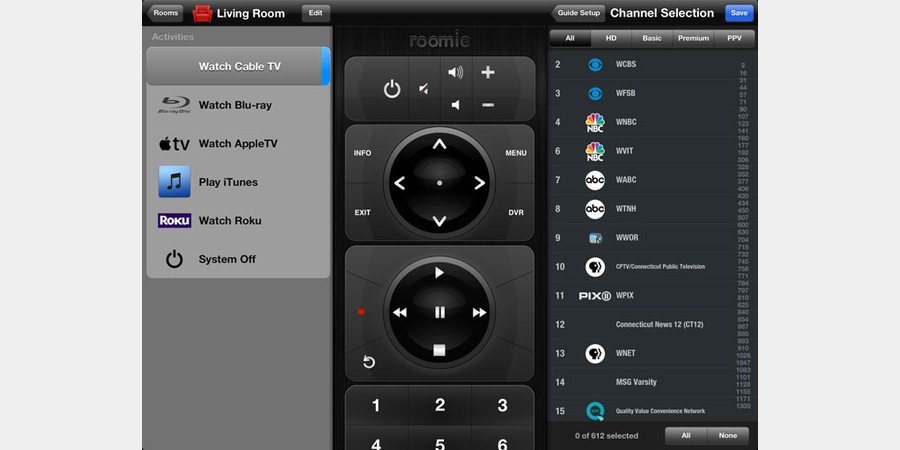 Roomie Remote Review: An iOS Remote That Can Do Almost Anything
In our review of the Roomie Remote we found it to be one of the most capable iOS remotes on the market, though it's not without its flaws. Read on for the full review.
by Theo Nicolakis — August 16, 2013 09:15 in Universal Remote Reviews
Latest Preview 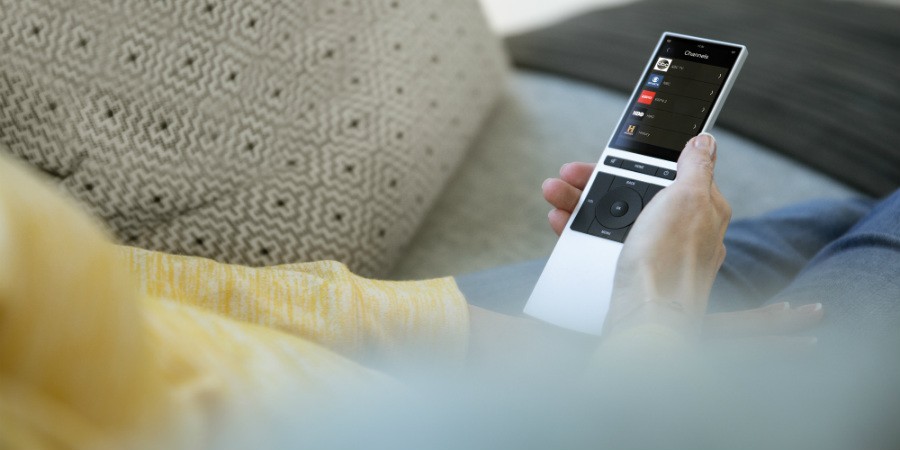 Roomie Remote Review: An iOS Remote That Can Do Almost Anything

In our review of the Roomie Remote we found it to be one of the most capable iOS remotes on the market, though it's not without its flaws. Read on for the full review.

I've witnessed many advanced devices in the audio-video world. Peel is a new company with an iPhone, iPod, iPad-based remote control system that revolutionizes the way you'll want to watch TV.

The Ray Super Remote is a "smart" remote in a more civilized time of smart phones/tablets that allows full control of your home theater and security system with an easy to use touch screen interface.

Universal Remote has delivered PC free programming in a beautiful and solid package. With minimal time invested, a typical setup can be programmed in a matter of minutes. With little more than a …

The NEEO Thinking Remote is a Universal Remote and Smart Home controller, and the most funded smart home project on Kickstarter. The perfect remote? We got to see it in action at CES 2016 to show you.

The Niles iC2 remote control offers an option for those of us who prefer hard button remotes over the sea of touchscreen-based remotes that have flooded the market. For years, the original …

Philips is well known for their Pronto line of remote control products, but they also make a rather large lineup of handheld universal remote controls. The new Prestigo line represents Philips foray …

Review: The Logitech Harmony Ultimate & Harmony Smart Control Remotes have reinvented Harmony yet again and brought them to the forefront of user-based remote control programming for the home theater.

When a new Logitech Harmony Remote arrives on the scene I like to review it to update readers on the latest models in the line-up. With the introduction of the Harmony One universal remote I felt …

iRule is an iOS or Android app that works on just about any device and delivers a pretty robust software interface so you can roll your own remote. And it works with Global Cache and other hardware.

When I was asked if I would be interested in reviewing a universal remote, I said what I always say, “Sure, send it.” But honestly, I had mixed feelings. There is something empowering in having a …

Universal Remote Control's MRX-20 network controller is a brand new whole home network control system and what they've done this time around is offer an alternative to the MRX-10.

My current remote control is Universal Remote's Home Theater Master MX-700. This is an excellent remote control, but was somewhat less impressive once I moved all of my home theater source components …

This is a weird review. We are looking at iPhone-based remote controls. Some may not even look like remote controls, but they are. So for this video, we're not reviewing a product, but a genre.

We continue to update our readers on the new remote control models from Logitech's Harmony line. Their newest consumer remote, the Harmony 880, departs from the norm and adds a 128x160 pixel full …

The Sunfire Universal Subwoofer Wireless Kit costs $80 each for the transmitter and receiver and has the ability to pair two receivers with a single transmitter. Color us intrigued.

Very seldom do I catch myself uttering the word "genius" silently to myself as I'm reviewing a piece of equipment. I have to say, I had my doubts about the Remote Control Extender when it was first …

The ELAN "Killer Combo" of the HR2 remote and HC4 Media Controller is a home control system and it runs only $1860. ELAN looks to make you a customer with this deal. Will it work?

We reviewed the Logitech Harmony H688 remote back in July and gave it rave reviews for its excellent ergonomics, programming and programming user interface. As Logitech releases more remote control …

Universal Remote's RF20 is one of the solutions for basic home control. Now there are several things that make this remote stand out, but the most visual thing is that it has a backlit LCD screen

The Harmony H688 was going to provide a new experience in that the application programming interface is online and the remote is arranged by activity, rather than by device. This review details the …

When I first heard I was to receive an MX-700 remote control to review I was mildly receptive. I was fairly happy with my Yamaha learning remote control, one that came with the RX-V3000 receiver I …

Philips Pronto previewed its new TSW9500 in-wall control panel. The TSW9500 is the first in-wall solution offered by Pronto and has been designed to utilize the same configurations of prior remotes.