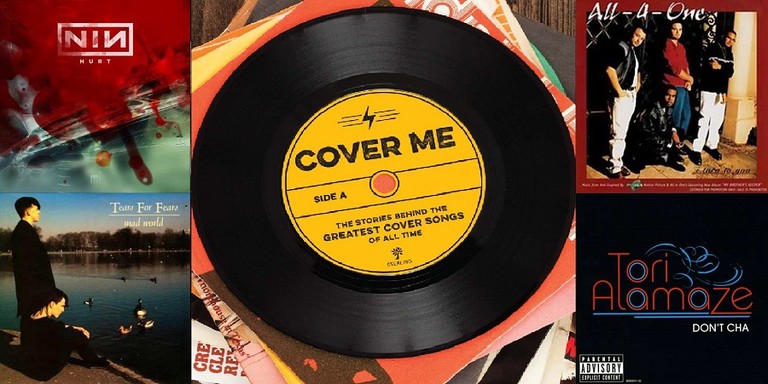 If you watch shows like Billions, have read Michael Lewis’ The Big Short or even remember the movie (Wolf of the original) Wall Street – you know that the folks in finance are always looking for an angle. Arbitrage. A hook. The latest trendy play with private equity (remember when they took over nearly every medium to large specialty AV company in the 2000s?) is to buy music publishing catalogs.

When I graduated USC’s Music Industry program (half business, half music) in 1997, domestic music sales were in the $37,000,000 per year range with close to 85 percent of said sales being made selling Compact Discs. Roll the tape forward a generation and physical media is a dead (that includes vinyl too, sorry hipsters) in comparison. Radio and MTV used to get all of the plays for songs when now YouTube.com, Tik Tok, other social media and various streaming services have become staggeringly important to the development of new artists and income streams for existing artists.

The legend of Michael Jackson buying the Beatles Apple Records catalog over Paul McCartney and Yoko Ono is a classic music industry story. As the lure goes – McCartney’s wife, Linda, who taught Paul about buying music publishing, also gave the same lesson to Jackson in the 1980s. Yoko knew the lesson and McCartney thought it was her bidding on the Apple catalog but it was really The King of Pop. That catalog turned out to be a wonderful investment for the one-gloved singer and remains so for Sony whom he sold it to before his death. Now the private equity world is buying up catalogs and musical income streams from artists ranging from Bob Dylan to Fleetwood Mac to Neil Young to younger artists-songwriters like Ryan Tedder who is the lead singer of One Republic but has written songs for Adele, Stevie Wonder and others. There seems to be a feeding frenzy on owning music catalogs that has the same enthusiasm that NFTs of Michael Jordan get on the auction market. It is just crazy out there.

The question begs to be asked… how important is the song versus the performance? A great song in any mainstream genre is a wonderful thing, not just artistically, but financially. How many times have you sung “Happy Birthday” in your life? Now think about how much money Paul McCartney has made owning the song. Mind blowing, isn’t it? Don’t get me started on how much money Johnny Carson made splitting the songwriting for “The Tonight Show Theme” every night. Allegedly, it was getting them $800 per play (half to each party) and it was played a few times per night and then again in syndication. Boom. There are many artists who don’t adhere to the insular songwriting game in the history of music and that has worked for them nicely too. Frank Sinatra did everyone else’s music be it Rogers and Hart or Antonio Carlos Jobim or Paul Anka. He was a song stylist and never complained about it nor did he live like a pauper because of a lack of songwriting income.

Look at a prolific artist like Prince who at one point in the 1980s wrote so many Number One Hits that he gave them away to The Bangles, Sheena E, Morris Day and so many others. His magic run was like the Edmonton Oilers of the 1980s or The Chicago Bulls of the 1990s – purely epic. And then he did his deal with Warner Brothers which paid him to be the most highly compensated artist in the world at the time. He thought it made him a “slave” and was willing to paint such a charged word on his face while changing his name to an unpronounceable symbol. One will note: actual slaves weren’t paid. Slaves were taken from their homes in chains, shipped across the ocean and stripped of their rights and dignity while being forced to work for no pay. That’s a long way from being a modern day multi-millionaire who flies private, owns his own estate/studio etc… but I digress.  When Prince’s songwriting became less than what we (and Warner Brothers) expected from him – he might have pivoted to more cover songs to fill out his contractual obligation. Prince is known for saying that he didn’t like other people covering his material and I guess that is fine. He would do the occasional cover but some of the filler that he delivered to WEA at the end of that big contract is simply poor songwriting as well as poor songs. Check out “E-male.com” as an example, if you doubt me.

The Power of a Cover Song

Other artists have used the power of the cover song to be a powerful, meaningful, creative tool. While you might not own the songwriting, what if you are running low in the creative department? Van Halen had that problem which resulted in the cult classic record Diver Down which highlighted the bands performing talent over their (at the time) songwriting. Need another example: how about Grace Jones’ album Nightclubbing. It is a personal favorite of mine with a spicy flavor, a very unique approach (Shatner-like) and a catchy vibe. Her cover of the somewhat obscure “Walking In The Rain” first performed by Barry White is a killer example of song styling even if it isn’t her songwriting. Her cover of The Police’s “Demolition Man” is perhaps even better, more well-known example. Grace Jones is a performer more than a songwriter and she owns the part to our musical glee.

Musical skill hasn’t been at the same premium in the last twenty years that it was in the past. Few argue the musical importance of The Beatles, but listen to Jimi Hendrix cover “Day Tripper” and you get a master class in who delivers the better performance. Wall Street doesn’t care about these arguments but perhaps you should when it comes to your audiophile system? It begs the classic audiophile question: what draws you in… the musical content or the recording quality? Does a great performance really matter? Seemingly so. https://youtu.be/IurYvVv1zkE My college professor used to have a number of clichés that are relevant to this discussion. The first was “you have your whole life to write your first album and nine months to write your second.” When you think about Led Zeppelin II, Axis Bold as Love or even some of the later Beatles records like Magical Mystery Tour (I know not a second record but look at the timing) it is stone cold amazing how such great songs, performances and recordings came out. In reality, not every artist can write a career’s worth of songs in a short period of time. Maybe that’s what they private equity guys are betting on with this buying spree of music.

Dick, my college professor also told us all that we should “aspire to have written that one stiff song on Thriller” as you would never need to work another day in your life. Beyond that, he went on to suggest that “songs aren’t children” and that if you can write one hit song – you can do it again and again. Perhaps that is how some of these artists, both young and old, are laughing their way to the bank?

When you think about the journey that you are on with your audio system spend comparable time thinking about the quality of music you listen too. And by quality, it is implied that fantastically engineered and produced recordings make for great sound but keep in mind the quality of the songs and performances too. A great song is a powerful tool and can be interpreted many different and entertaining ways. Jimi Hendrix, Van Halen, Grace Jones and so, so many others have taught us that and it is a lesson we shouldn’t soon forget.

What are some of your favorite cover songs and did the artists make them their own or was it just a great cover?

Big Dan Hicks fan myself (attended his 70th bday party at Davies Symphony Hall, too). Great song and do like Thomas Robertson's cover myself. But I'll generally just find one of my various versions from Hicks himself….
MR.MAGOO posts on April 21, 2022 21:33
PSMXDc33hL4
Post Reply