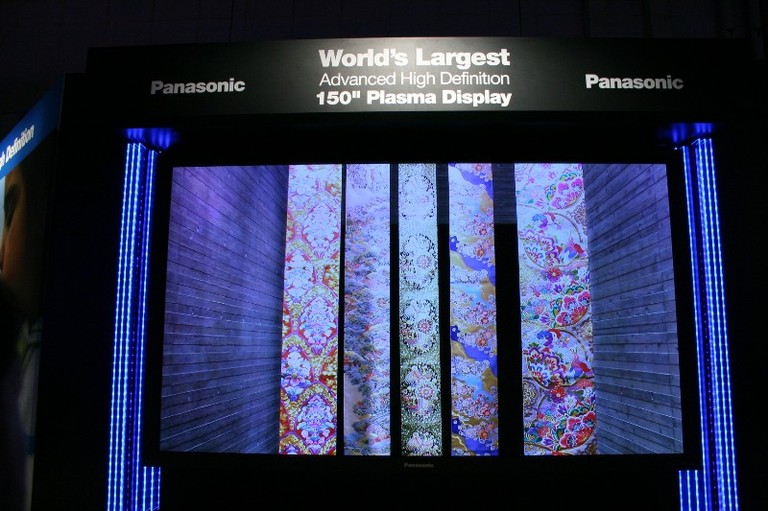 With a display this big, you'd think we'd have had an easier time getting this picture

While it seems that we should be excited about an 150" screen, we're really not. It isn't like prices for these are going to come down to the prices of a front projection system any time soon. It's big, it's bad, it's beautiful and we wouldn't kick it out of bed for eating cookies but don't expect a review any time soon. A few well placed questions indicated to us that these displays were really only viable for sports venues (like stadiums), cinemas, and other commercial installations as their cost and size are prohibitive for just about every other application. With a 4096 by 2160 native resolution, it was a very nice picture and is the equivalent of nine 50-inch PDPs with an effective viewing area of 11 ft (3.31 m) (W) x 6 1/4 ft (1.87 m) (H).