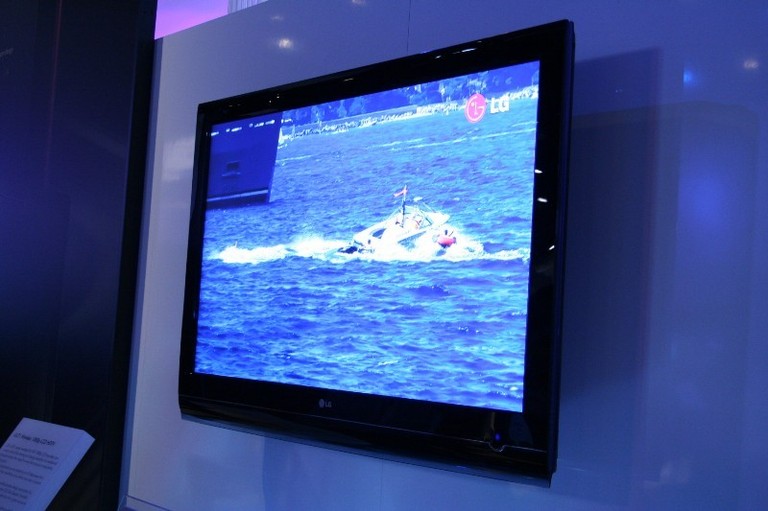 It's all about wireless these days and displays are no different. LG was one of many manufacturers that was showing off a wireless TV. The LG71 is a 1080p LCD display that comes in 47" and 52" screen sizes. According to the marketing material, source components can be placed up to 65 feet away from the display though we'd be willing to bet that you'd find that you'd have to place them a lot closer without line of sight. The LG71 series utilizes anintegrated 802.11 wireless transmission system, 15,000:1 contrast ratio, and automatic color and brightness optimization. No word yet on pricing or availability. They also had on display a "wireless ready" Plasma (the PG70) which we expect to be fully wireless before too long. For more information, please visit www.lge.com.