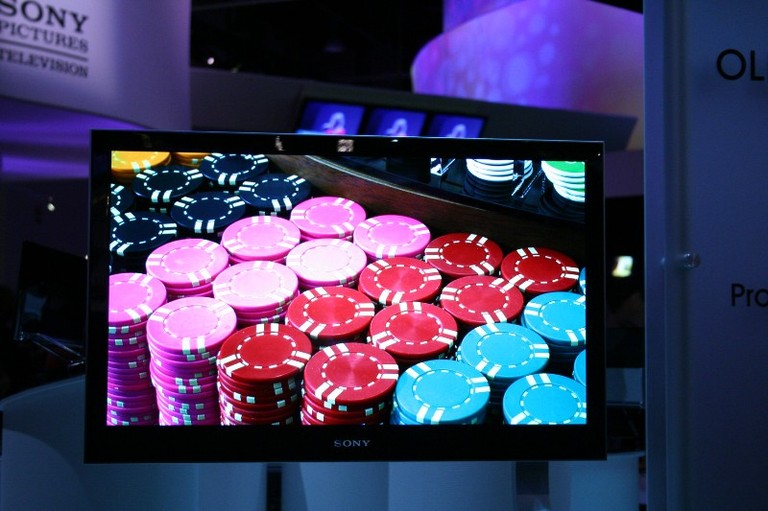 Sony was showing off not only their ~$2500 11" OLED displays but a 27" prototype at CES this year. The 27" supposedly sports a greater than 100% NTSC color reproduction, 1,000,000:1 contrast ratio, and 1080p resolution. Of course, at this point, the 11" is out of reach of most people so we can only guess at what a 27" will run. Probably a Porsche. The display looked amazing but we didn't look too close and not just because of the railing. No, it's more like looking at that super hot girl in the club. You know you don't have a chance, so don't get your hopes up. At this point, we're only hoping (probably in vain) that someone will come up with a cheap way of manufacturing these displays. For more information, please visit www.sony.com.