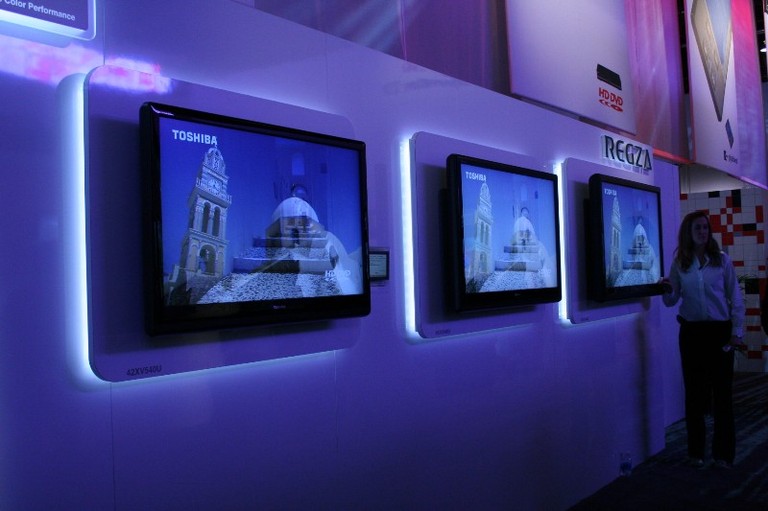 Toshiba showed off its 2008 LCD TV introductions at CES, including 20 new LCD TV models in five distinct series. The AV500 and CV510 series will obviously appeal to people that are more worried about saving money than 1080p. The RV530, XV540, and XF550 series are for more discerning consumers with larger budgets. We weren't super impressed with these displays as they were easily 5 inches thick though the rep did inform us that they were not final models and might be housed in different cases. We'll see.

REGZA RV530 Series – 1080p Full HD
For "Home Theater" Enthusiasts, the REGZA RV530 Series features 1080p Full HD resolution in the new two-tone "Surface Tension" Design with high-gloss black bezel. In addition to the exclusive Toshiba REGZA technologies found in the CV510 Series, the 1080p Full HD RV530 Series also features enhanced DynaLight dynamic backlight with a higher 15,000:1 dynamic contrast for deeper black levels. Available in a wide variety of screen sizes including new 32" and 37", and 42", 46" and 52" (diagonal), these models also include 4 HDMI (1 side) inputs for full digital connectivity, and a new High-Res PC Input, which is perfect for PC gamers looking to play on a big screen.