If you are an Audiophile, then you are probably familiar with the years of hard work and stress your ears go through. The goal for every audiophile should be to enjoy hi-fi for a lifetime. But, in order to do that, care must be taken to not over stress or abuse your ears with sustained excessively loud sounds. This article talks about the importance of hearing safety and how to combat tinnitus using active hearing aids and soundscapes. Checkout our recent Youtube video were we discuss safe daily listening doses to preserve your hearing.

This article discusses the importance of hearing safety and how to combat tinnitus using active hearing aids and soundscapes. Listen for a lifetime by not abusing your ears to enjoy true hi-fi. 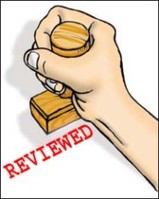 It's amazing how many online A/V websites fit the mold laid out herein which gives one pause to wonder if they actually have product in hand when conducting their "reviews". Did they actually do any objective analysis or measurements? Did they discuss the inner details of how the products function? Did they furnish their own images of the product under review? As a reader, this is something you must decide for yourself. Things are getting even foggier now that it seems apparent Google is actually rewarding "comparison" style articles monetized with embedded Amazon affiliate links. Are fake reviews the new norm? Be sure to watch our recently added YouTube discussion.

How many Home Theater Reviews and AV Magazines simply massage press releases and pawn them off as product comparisons monetized with Amazon affiliate links that Google deems useful content? Read on.

What happens when your pre/pro separates are a hair too big for your entertainment center and your new replacement amp fails after a year and a half? Follow the saga of finding just the right amplifier for a three zone house. The journey will take you to an unexpected ending that leads to a vintage audio piece saving the day. Buckle up and enjoy the ride...

What happens when your pre/pro separates are a hair too big for your entertainment center and your new amp fails after 1.5 years? Follow one mans journey to find out how vintage audio saved the day.

Marvel vs. DC Rivalry Continues in Digital Media as AT&T vs. Disney & Sony

The rivalry between Marvel and DC is still alive and well through the three major conglomerates that now own all of the most popular characters that were born in comics. But the next battleground for popularity will be in the digital delivery of Marvel and DC characters to your favorite screen. The decision-makers behind the capes and cowls may sit in the air-conditioned offices of AT&T, Disney and Sony but the contest remains as fierce as it ever was in print-publishing as our favorite heroes do battle in the new business-arena of Streaming Video on-Demand. The stakes couldn't be higher, the objective is nothing less than the total subjugation of rival SVoD apps.

The Marvel vs. DC rivalry that was born in comic books will live on as AT&T and Disney in the next battle for streaming video on-demand supremacy. Who will come out victorious?

Netflix has launched a “high-quality audio” feature that promises studio-quality sound for 5.1-channel and Dolby Atmos soundtracks. Netflix is now streaming audio at much higher bit rates in order to deliver sound that is indistinguishable from the original master, according to the company. When bandwidth is limited, the audio quality is automatically downgraded to prevent playback interruptions. Read on to learn more.

Netflix has launched a “high-quality audio” feature that promises studio-quality sound for 5.1-channel and Dolby Atmos soundtracks. Read on to find out more.

Netflix is feeling the summer heat! Three of the most high-powered entertainment conglomerates are moving into streaming, and removing some of the most popular shows from your Netflix queue. Add some bad financial news, limp international subscribers and a falling US subscriber-base, Netflix is just not having a good summer. But don't count everyone's favorite streaming app out just yet, they've been preparing for this for years. Let's take a closer look at how Netflix plans not only to survive, but to maximize its competitive advantages and thrive in a new era for streaming video on-demand.

How will Netflix survive Disney, AT&T and Comcast moving into the already crowded streaming video-on-demand market? We explore how Netflix will try to continue staying relevant and keep its members.

Trump's Google - Huawei Ban, Might be Good for Consumers After All

The China-US trade dispute has spilled over into consumer electronics in a big way, and it’s changing the competitive landscape for cell-phones. After months of problems for Huawei, including the loss of its Android operating system, the company has deployed a sweeping "Plan B". Consumers worldwide may be better off for it. Was Trump right?

The China-US trade dispute has spilled over into consumer electronics in a big way, and it’s changing the competitive landscape for cell-phones. Was Trump right about the Google - Huawei ban? Read on.

Batwoman & "Woke" Hollywood — The Revolution Will Not Be Televised

The social commentary in much of today's TV and film has become too obvious and predictable, its superficial depictions of stereotypes play out like parodies. The latest example of this debauchery can be seen in the new Batwoman trailer on Youtube that received a 5:1 thumbs down to up ratio. Role reversals of 1950s-style prejudices, while exploiting politically-charged identity issues, is the opposite of progress. Instead of woke, Hollywood is putting us back to sleep.

The social commentary in much of today's TV and film has become obvious and predictable, its superficial depictions of stereotypes play out like parodies.

Control4 has just updated their operating system in a big way. The goal was twofold; personalization and ease of operation for the end user. This is the 3rd generation of their OS hence the name OS 3 and we got a chance to beta test it. In this editorial we take a closer look at the Control4 OS 3 and how it has impacted the operation of their system integrated into the Audioholics Showcase Home. See what's new from Control4 and how home automation just got a lot neater.

Control4 has just updated their operating system in a big way. The goal was twofold; personalization and ease of operation for the end user. We beta tested OS 3 in our systems to understand its impact.

This is the final installment in our ongoing look at the upcoming 5G revolution. We'll look at how our lack of privacy online began in the early days of Google and how it's used to manipulate us with the promise of personalization through behavioral data collection. We each get a unique Internet experience through search and social media, designed to shock as with a skewed version of reality based on our own biases to keep us angry, and engaging with ads. The result is tearing democracy apart with online outrage. But all is not lost, with an election year coming, we already see momentum behind meaningful online privacy regulations that could nip this problem in the bud, before the 5G Internet of Things technologies brings the relentless online spying to the world outside.

Privacy issues of the 5G future are just an extension of today’s online privacy concerns. learn how online spying is used to manipulate us and tear our country apart and learn how to protect yourself.

Anthem Electronics just made a good thing better with the launch of ARC Genesis™, the third generation of their critically-acclaimed Anthem Room Correction (ARC®) software. Pputs the sophistication and power of an advanced audio lab in your hands so that you can achieve "perfect sound" at home is what Anthem claims. But what updates do they bring to the table with their latest "Genesis" edition? Read on to find out.

Anthem Electronics just made a good thing better with the launch of ARC Genesis™, the 3rd generation of their critically-acclaimed Anthem Room Correction (ARC®) software. See what upgrades you get.

Part two of our 5G Wireless Apocalypse series. 5G will bring us the smart IoT (Internet of things) technology of the future. The first fully-formed smart city, built from the Internet up, will be in Toronto, Canada. It promises to be a marvel of technology, but a disaster for your personal privacy. What can we expect when the city itself is spying on you for both private companies and government agencies?

The first fully-formed smart city promises to be a marvel of technology, but a disaster for your personal privacy. What can we expect when the city itself is spying on you? Read on to find out.

Audioholics is celebrating our 20-year anniversary this April 18th, 2019. We went from hobby site to one of the industry's largest and most respected AV review publications with the BIGGEST social media network. Our no-nonsense approach with brutally honest reporting and useful how-to's and tech articles has created a loyal following that has helped us earn our success. I'm appreciative of our loyal fans and talented writing staff over the years that have made Audioholics the success it is. Happy Birthday Audioholics and remember, keep listening!

Audioholics is celebrating our 20-year anniversary this April 18th,2019. As one of the industry's largest and most respected AV review publications, we thank our followers and talented writing staff.

Welcome to the 5G Wireless Apocalypse! This is the first of a three-part series that examines the upcoming 5G wireless network, presenting both the good... and the not so good. In this installment we'll explore the potential health risks from the upcoming 5G wireless network, and examine the science behind claims RF radiation poses a danger to humans.

5G Wireless Apocalypse! This is the first of a three-part series that explores what 5G will bring, presenting both the good... and the not so good. Is 5G bad for your health? Read on.