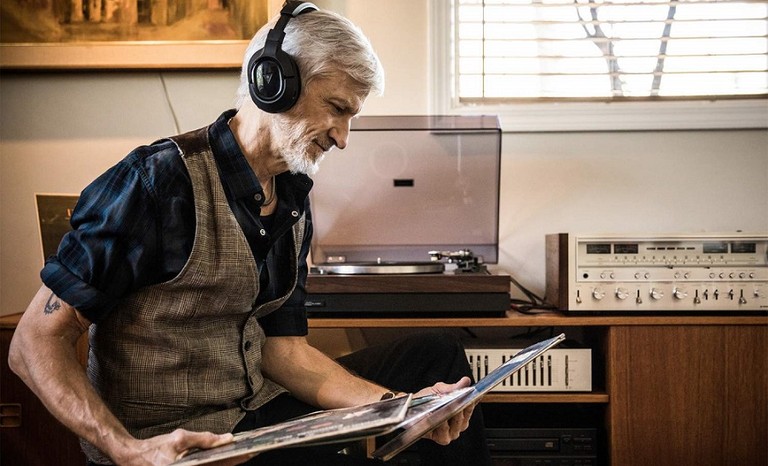 Do you know what an NFT (non-fungable token) is?

No disrespect whatever if you don’t, but since 2014, these “digital rights” that can attach to everything from art to music to sports events and-or video games have been a disruptive part of the crypto-currency movement, and a booming market among younger, tech savvy people looking to build their new-school collections of song, art, sports events, and way beyond. For example, one could buy the exclusive rights to a slam dunk in the third quarter of a Los Angeles Lakers vs. Oklahoma City game for X amount of money, and then use it somehow (hard to explain, but stick with me here) or resell it to other people – often with big profits. While the digital properties (NFTs) are not as easy to sell or monetize as you might think, there are many a well-to-do Millennial or Gen-Z who thinks this is the way to crypto-billionaire status, and God love them. Personally, I like a good old Andy Warhol print on paper, but maybe a hologram representing my NFT of a Warhol Soup Can could be cool, too? I am not sure. I am a modest art collector, mainly of 20th century, blue-chip masters, such as the aforementioned Andy Warhol, Robert Rauschenberg, Jasper Johns, Robert Motherwell and specifically Damien Hirst. Hirst is possibly the most successful living artist today, and he is known for his Banksy-like irreverence to the silliness of the art world and art market. Banksy recently auctioned off a work on paper that, while reaching close to $1,000,000 in value at auction, automatically shredded itself to the horror of the auction house, and the bidders. Banksy was elated. And then the shredded art sold for more money, thus completely making Banksy’s point about how stupid art buyers can be.

Are audiophiles all that different? Audiophiles will consider spending $30,000 on a pair of speaker cables from some MyPillow snake oil salesman on the possibility that said “technology” actually makes your system sound better somehow. Audiophiles will spend $40,000 on a digital-to-analog converter in a world where the technology could be old news in a matter of months, thus rendering the component worthless almost overnight. Audiophiles, sadly, can be suckers, too. And this has to change. If you want to call me the Banksy of the Audio Business, I can start spray-painting images of speakers and CDs on the side of buildings at night. I’m just saying …

Recently, I got an email from a company called HENI that prints and publishes some of Damien Hirst’s larger-volume works, making a nearly unbelievable offer from the artist. They invited me (not guaranteed to get in on the deal) to sign up to buy an AI-designed painting from the artist or an NFT version of the same art for $2,000. Let me be clear, Hirsts don’t sell for $2,000, so there has to be a catch. The catch is: (if selected) you need to pick if you want the NFT of the art or the actual painting/print. The one you don’t want will be exhibited and then DESTROYED. This is some seriously batshit crazy stuff, but it is game-changing nevertheless.

The event was so popular that it is six times over-subscribed. My hopes of adding to my collection of Hirsts for a mere $2,000 is not very promising, but it does show the art community moving in the right direction. They are thinking about the future. They are embracing new technology. They are effectively bringing new, well-heeled clients into their game.

Can you say the same about the audiophile world?

No. You can’t, really. The audiophile world is stuck in the past. Too many longtime audiophiles embrace old technology, old ideals, old business models, and even old music, while at the same time fighting new technology and anything that represents change. Think I am wrong: go to an audio show or read one of the Baby Boomer print magazines and see how focused on low-resolution and high-distortion vinyl they are. Look at their support for NOS (not on sale) DACs using vintage chips from Generation One (circa 1984) Compact Disc players. Look at the music that they listen to. Everything is focused on the past. Everything old is better than everything new. Facts and science are not viewed to be premium over conjecture and voodoo (CD Stop-light or Mpingo Disc, anyone?). And this is why the hobby is dying.

How does the audio world evolve? Good question. The most important thing is to stop worshipping the past, which is very unlikely to happen … but it needs to. Embrace new technology, be it video (show me one 4K. flat screen active at an audio show), gaming, or overall new technology. Embrace new music from artists who might be more popular on TikTok or YouTube than Steely Dan ever was with the album Aja back in the day or today. I learned in my retail and publishing career that South Koreans as a demographic love audio and audiophile gear, yet how many audio stores play any K-Pop? Not enough, considering that over nine studio records, K-Pop sensation BTS have sold over 20,000,000 records. But then, why ever expect change from audiophiles? They reject the video-gaming business, when that industry sells more in top-line revenue than all of Hollywood PLUS the entire music business. Cue up “Deacon Blues” and ignore the numbers until there aren’t any more Boomers to keep the party going …

I am not saying that I wouldn’t jump at the chance to get this Hirst print. And YES, I would want the printed art, but that’s not to say that I didn’t take some time to learn and think about the NFT. Damien Hirst challenged me to think differently. He forced me to learn about something new and consider how that it would affect my collection. He didn’t tell me what to do (nor has he invited me to buy yet), but he challenged me to think about how the world could work in the near future.

I am challenging you, the audiophile community, to think in the same way. Take some time to think about what comes next for the hobby. Where is the value? How could it be different and more enjoyable? Instead of being a closed-off group of nearly all Baby Boomer men, how can we expand the appeal of the hobby to different demographics? If the only answer we have is to fight all things new like the Elders at the print magazines do, then we are doomed. Like Hirst, I think challenging people to think differently about the status quo is a good thing and very overdue in the audiophile world.

Give us some feedback to this article in the related forum thread below. How can we move the audio business forward to keep it relevant?

Read the Complete Thread
Mark A posts on March 05, 2022 14:05
I remember purchasing my first CD player in what I believe was 1985 ( I’m 57). All the discs I could find were expensive imports, but I was SOLD. No more pops, clicks or rumble. No more energy stealing warped vinyl. It was change and I believed in it. I still do.

Change is often hard for folks. Especially when they have already committed to having spent no small amount of money on, for lack of a better phrase, legacy equipment.

But what has always struck me as odd about audio is how completely different it is to it’s compatriot: video.

No one pines away for Standard Definition video. Or DVD vs. Blu-Ray.
lovinthehd posts on January 29, 2022 19:23
While a bit of a stretch between an NFT and audio, I totally agree the old audio guard is not helping the new in many ways.
mns3dhm posts on January 29, 2022 12:59
It seems like the modern (read younger) audio consumer is interested in and buying DACs, headphones, and powered/portable speakers. They want to be able to listen to music while doing other things and\or take it around or transmit it around to wherever they are. There is a lot of enthusiasm for this approach and systems like this can be assembled for a fairly reasonable cost. All you need to add is a PC or phone containing a music library and you're in business. Sound quality can vary greatly but systems carefully built can sound excellent. For those reasons I'm somewhat enthusiastic about the future of audio. It will be digital, portable, and far more communicative and interactive than what we experience today.

Other products I am less certain about include high end components associated with ‘sitting and listening to music’ as an activity. They may be destined for niche markets and possibly obsolescence as the audience for this ages and dwindles. Things like AVRS, separate power amps, preamps, large passive tower speakers, physical media players, etc. will probably have smaller markets in the long run. This will not mean the end of high-end audio but there will be a change of the guard so to speak.
RGuasto posts on January 28, 2022 18:31
Wow. Did you just compare steely dan aja to Kpop? I think I just vomited in my mouth.
ryanosaur posts on January 28, 2022 16:09
And then there's this take on NFTs from the Gamer-Verse:
https://www.polygon.com/22906525/ubisoft-gamers-dont-get-nfts-interview