Should CEDIA Cancel their Show for 2021? 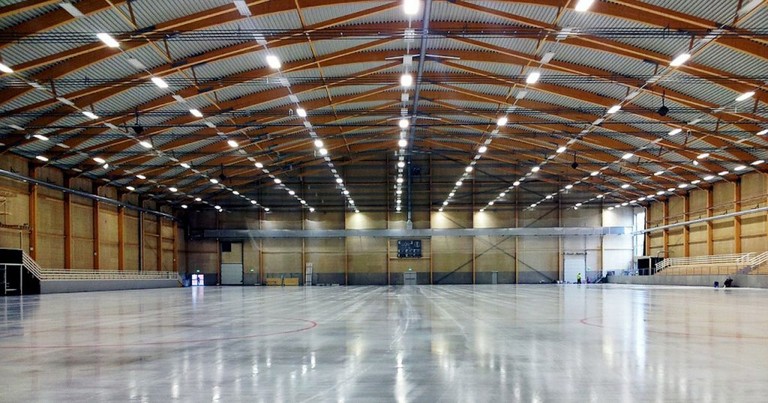 Late summer can be a tough time for so many reasons. For sports fans, the Olympics aren’t nearly enough to make up for the lack of NFL, college football, NHL hockey, or NBA basketball on television. NASCAR takes a summer vacation in August before their playoffs. The PGA Tour is one of the few consistent players, and even their somewhat awkward FedEx Cup can be delayed by outside factors like a Northeast hurricane.

The specialty AV business suffers through the same summer doldrums. From Fourth of July to Labor Day, you will see the lowest sales and the least interaction from consumers in the world of home theater and consumer electronics. The pent-up demand for vacations thanks to COVID-19, is real …  just check the current price at any 4-star or 5-star hotel within driving distance of Los Angeles or San Francisco. $1,000 a night is often now considered a bargain. On a normal schedule, TV shows aren’t back. Factor in COVID-19 filming schedules, and this late summer lack of programming is making many of us scrape the bottom of the barrel for binge-worthy shows.

But hope springs eternal. Billions are coming back. College football can’t be more than a week away. Kids are back in school. And the all-powerful NFL is not that far from Week One action. All will be right in the world soon – or will it?

For almost a generation, for me, as an audio/video industry publisher, the rite of the fall was attending the CEDIA tradeshow. CEDIA is the organization that backs the custom installation AV world. They’ve thrown their own trade show for eons, but in 2017, the organization sold their trade show to a global organizer of events called Emerald. That wasn’t long before COVID-19 put an end to the 2020 CEDIA show, but somehow the show is back for 2021. Based in a non ideal location (but cheap for Emerald), the show is being hosted September 1-3 in Indianapolis, Indiana. This is the historical base for the CEDIA organization, but a very unpopular location with attendees on both coasts. Indy is a tough city to get to by air from CEDIA’s most populous cities, such as Los Angeles and San Francisco. In the past, there have been literally no direct flights, which means more time in airplanes, airports, and airport lounges, as numbers of “breakthrough” COVID-19 cases are affecting younger and even vaccinated people at alarming rates.

To make matters worse, Indiana’s Governor refuses to have any kind of mask mandate of mid-August. This comes as the state’s hospitals are filling up quickly. During a doctor’s visit, I saw a post on Facebook by a notable editor from the specialty AV and custom installation world, talking about how many key vendors have dropped out of CEDIA 2021. That wasn’t the big news, so much as the meathead installers who posted photos of them wearing a t-shirt saying “unvaccinated – unwilling – unscared” in a vertical stack. Knowing that this third surge of COVID-19 is being spread but the unvaccinated, is this somebody you want to be around without a mask on, knowing that you can actually catch the COVID-19 Delta variant from them, even with two mRNA vaccines or the J&J one-shot option?

I am not the only person who is saying NO to CEDIA. Reports of companies ranging from Sony to Sonos to Yamaha to Sound United to Control4 to Savant have all reportedly pulled out. Here is a list of all of the show’s attendees. There are many biggies missing. LG, Samsung, Harman, Snap AV, Crestron, Lutron are only a few that jump out from what once was a must-attend show.

It was expected that Emerald was going to call off CEDIA 2021 last Monday, but that never happened. It should have, and it is not too late. CEDIA shouldn’t be a super-spreader event for COVID-19 NOR should it continue a show after a majority of its key exhibitors have dropped out.

The custom installation industry will be around in 2022 for another show in person. Now is the time to get control over the pandemic and restore normalcy to the nation and the world. There are other options to keep the CI business moving forward during a booming U.S. economy. Video demonstrations and “virtual shows” don’t offer the quality and experience that in-person demonstrations do, but they are a lot safer, save quite a bit of time and are massively more efficient for the end user. Audioholics is doing their part by offering Virtual Press Events (VPE's) and CEDIA webinars on the Audioholics YouTube channel during the entire week of CEDIA and beyond. It is our goal to work more closely with CEDIA in the future to keep the show thriving.

Other changes that CEDIA needs to make come from their more enlightened friends at the Consumer Electronics Show, aka CES. CES is the biggest tradeshow in the world, with over 180,000 attendees from nearly every nation in the world converging on the city of Las Vegas at peak flu season. Many people, yours truly included, objected to going to CES long before COVID-19 because of the risk of illness. The majority of the population from various Asian countries wore masks back then, and I thought they looked a little silly. I don’t feel that way now. The CTA, the parent of CES and the lobbyist for the entire consumer electronics industry, just did something smart, in that they announced that if you want to go to their show – you have to prove that you have a vaccine. No matter what the attendance looks like, CEDIA should follow suit or simply cancel their show out of concern for their health and well-being of their members, attendees, press, staff, and beyond.

Make no mistake, this third wave of COVID-19 was avoidable. However, politics proved more powerful than any sense of restraint. Sadly, the majority of the same people politicizing COVID-19 likely had their measles and smallpox vaccines and can’t get into the building that they spew deadly misinformation from without a vaccination. The vast majority of the people dying from COVID-19 are unvaccinated and the age of those people in the third wave is lower and lower – now including children who were seemingly more resilient to COVID-19 before Delta. States such as Mississippi, Alabama, Louisiana, Texas, and Florida, are the ones suffering the most from COVID-19 right now, with many hospitals simply out of ICU beds, thanks to the nearly all unvaccinated patients who are overrunning the hospitals. Even the hero of the right and six times-bankrupt businessman Donald Trump was booed recently at one of his COVID-19 super-spreader rallies when he actually suggested that people should get a vaccine. Note: this former president got early access to the best therapeutics and has since been vaccinated.

Until certain people in this country learn that a global, viral respiratory virus isn’t a political football, we’ve got a massive problem. In the meantime, much like tours from Stevie Nicks, Guns and Roses, BTS, Garth Brooks and so many other artists, perhaps it is time to cancel or at least postpone CEDIA?

Danzilla31, post: 1503281, member: 85700
Well I know there are speaker companies planning on making some moves. RBH has new items to roll out Gene was going to post a video on there new towers but that got cancelled

Slowed down is fine, but everything getting cancelled, some which won't return, is some bullsh!t. Not the companies fault in any way, but the general population is really starting to piss me off.

Movie2099, post: 1503279, member: 90678
Besides JVC dropping new projectors, does anybody know about any other big news from other manufacturers that would've been shown at Cedia?

Well I know there are speaker companies planning on making some moves. RBH has new items to roll out Gene was going to post a video on there new towers but that got cancelled

I just think Covid has slowed them and other companies down on there timeliness
Movie2099 posts on September 08, 2021 10:35

Oh, and yes, we should be much further past this stupid [email protected] than we are.

Besides JVC dropping new projectors, does anybody know about any other big news from other manufacturers that would've been shown at Cedia?
ryanosaur posts on September 08, 2021 10:33

panteragstk, post: 1503276, member: 61217
I'm getting increasingly unhappy with the fact that things keep getting canceled because of COVID. We could have had this handled by now.

Guess I'll just have to bug all you people more to keep me sane.

Of some of the options on who could “bug us more…”
I'll take it.

Oh, and yes, we should be much further past this stupid [email protected] than we are.
panteragstk posts on September 08, 2021 10:25

The times they are a changin’

I'm getting increasingly unhappy with the fact that things keep getting canceled because of COVID. We could have had this handled by now.

Guess I'll just have to bug all you people more to keep me sane.
Post Reply