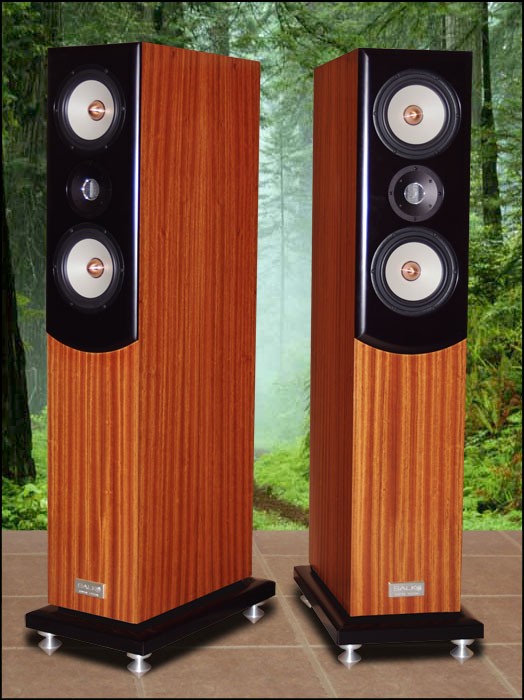 With the SongTowers, Salk Sound redefined the under $2k price point and now it looks like they are trying to do the same with the under $4k. The performance of the Veracity's is in a completely different league from other speakers I've heard in this, and higher price categories. With commanding bass, ruler flat response, and what is possibly the finest veneer I've ever seen on a speaker, it's hard to find something about the Veracity HT2-TLs to not like. You owe it to yourself to hear the Veracity HT2-TLs.
Next Page ⇨

sholling, post: 702335
I'm just curious how you think Song Towers with the ribbon tweeter option would compare to the HT2-TL? Some place in the middle or not in the same league?

I own the SongTower RT's and have heard the HT2-TL's many times. In short, if you're crossing over to a capable subwoofer (or two or three or four), the HT2-TL still achieves greater resolution and detail to my ears. If no subwoofer is involved, the bass will be the most impressive part, and largest difference IMO.
sholling posts on March 23, 2010 14:43
I'm just curious how you think Song Towers with the ribbon tweeter option would compare to the HT2-TL? Some place in the middle or not in the same league?
WmAx posts on March 03, 2010 01:44

Swerd, post: 693360
Yes, I agree it would be an overstatement. There are some generalizations about ribbon tweeters that don't appear to be true for all makes and models of ribbon tweeters.

A speaker's ability to disperse sound widely is one of the important features that contribute to the impression of wide sound stage when listening in stereo. Physics tells us that tweeters (or any driver) produce broadly dispersed sound when the wavelength is larger than the diameter or width of the driver. When a dome tweeter's diameter is about the same size as the wavelength, it begins to beam the sound in a narrower pattern, much like a flashlight does compared to a bare lightbulb. So for a 1“ dome, beaming would begin at about 13.5 kHz, and for a ¾” dome about 18 kHz.

Actually, a 3/4" tweeter usually starts to have dispersion problems by 8-9kHz. One can use a specific waveguide design to increase dispersion, but most wave guides are used to do the opposite. On Jerry Love's speaker system, I used a ribbon with a very narrow horizontal area and a reasonably shallow front magnet structure(which can effect dispersion by means of physical blockage of path on some ribbons), to effect near identical response even at +/- 75 degrees, at 15kHz.

-Chris
Warpdrv posts on March 02, 2010 21:47
As stated earlier - I own the Paradigm Sigs with the Be Tweets and they are fantastic like FirstReflection suggested…. but the HT2-TL's are an incredible sounding speaker, their presentation is nothing to shake a stick at. The Ribbon tweet was of the best I have ever heard… and I can't say that their room dispersion was lacking.

If you have the room for move these speakers around - from back and side walls the HT2-TL's can be some of the best sounding speakers you could want to own…
FirstReflection posts on March 02, 2010 15:00
Scott 911,

If you are very concerned about having extremely wide dispersion, I would offer my suggestion that you consider Paradigm's newest Signature Series speakers with their Beryllium tweeters and ribbed-surround drivers.

I can't comment directly on the HT2-TL speakers as I have not heard them for myself. But at this sort of price range, I simply assume that you would want to at least audition and consider several candidates. I do not make my suggestion as any sort of knock against the Salks or any other speaker. I only suggest the Paradigm Signatures because I have heard those and I know for a fact that their dispersion is extremely wide. The width of their soundstage really stood out to me in my listening. So if that is a particular characteristic for which you are looking, the Paradigm Signatures jump to mind is all
Post Reply