Throwing a Super Bowl XLII Party - Tips from the Pros 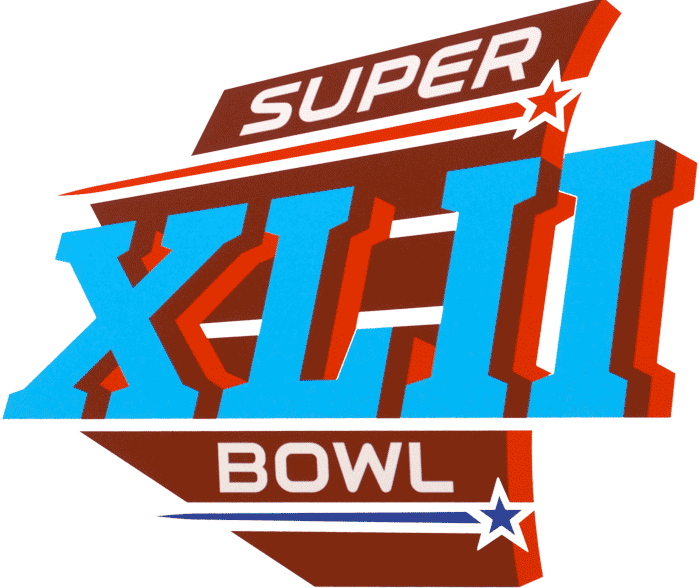 Audioholics has long had a history of throwing incredibly technologically-advanced Super Bowl parties. We like to divulge our plans to readers before the big game, in the hope that we can give you some tips on throwing a successful, and memorable, party of your own. When throwing a Super Bowl Party there are some basic guidelines to all but guarantee everyone has a great time. If you follow these guidelines you're sure to have a momentous party and provide lots of food, fun and festivity for all. It isn't hard to plan and execute a flawless event, but wanted to toss out some cool tips, suggestions and fun ideas that will help make Super Bowl XLII a real success for all involved (everyone except the losing team, that is!)

First off you need great food. Why do I put this first? Simple - without good food your (male) guests will starve to death during the big game, thus ruining your chances for anyone ever coming to your house ever again. OK, maybe it's not that bad, but men like good food - and they don't want to think about it much during the event. Also, you want to make sure you don't have your wife or significant other running around the whole time serving you - do that and you're likely to not be allowed to host Super Bowl XLIII next year. No, the food has to be good but it has to be simple, or at least simple to eat. With that said, there are several alternative tactics:

Pizza and Your Favorite Beverages
Sure you can dazzle everyone with lots of dainties and hors d'oeuvres, or you can go simple. I don't know anyone who doesn't like the concept of simply reaching over and grabbing a drink and a slice of pizza (or 3 or 4) while watching the game. This is the simplest plan, often involves the least amount of money and is a sure-fire way to make the event food-licious and successful. Throw in some wings if you can afford it.

Hors D'oeuvres Galore
Got a penchant for finger food? Instruct all your guests to bring some kind of hot finger food dish and sit back and watch the delicacies arrive. I haven't yet been disappointed by this approach, and indeed we've gotten some real crowd-pleasers using this method of food acquisition. If you're concerned about the number of guests you can always prepare a few of your own morsels ahead of time as supplemental "just-in-case" dishes that will ensure everyone has plenty to eat. Assign yourself or someone else the task of bringing the drinks and be sure to have plenty of coolers and ice on-hand. If you want to line up anything special, be sure to hit the stores early as Super Bowl Sunday is a tad late to be stockpiling - especially during half-time. Some of my favorites:

You may think this list is eclectic - well it is. But this type of mixed bag of food ensures that everyone will enjoy something. Spread this list among your guests in the form of suggestions - don't be a food Nazi or you'll miss out on all of the creative and delicious items not on this list. Let your guests bring what they want, but if they ask, you'll have an arsenal of possibilities. I stay away from those cheese sticks-in-a-box as they seriously turn to rubber after the first hour. As for drinks, we typically provide sweet tea and lemonade. Everyone else is tasked to bring what they want to contribute - which works well and let's us concentrate on food.

Pig Roast
Yeah, baby. This first came into play when I lived in South Carolina and was a local favorite, but it's also reared its head in the area of Florida where I live. Basically, you get a pig. You marinate the pig. You acquire or borrow a large smoker, grill, rotisserie, or rock-lined pit. You roast said pig for many, many hours until delicious and tender. This is best done on-site and I guarantee, if done correctly, you will be remembered well into many many future Super Bowl parties. The pig roast is a lot of work, but it is by far one of the coolest twists to the Super Bowl food story I've ever experienced.

The Super Bowl is a good time to hang out with friends you may not have seen for a while. Since it's an "event", you can often incentivize people to travel longer distances simply to hang out. When possible, you can even provide accommodations for your long-distance acquaintances. The party is also a great way to get to know your neighbors better. Invite them over and welcome them into your home for the big game. Leave your boss at work, unless he happens to be cool (like me and Gene). As for family, I get along swimmingly with mine, so I make sure they are here every year to enjoy the festivities.

If Fox Sports cooperates, I'll have an entire article written up next weekend that outlines Fox' HD plan for Super Bowl XLII. Arizona's University of Phoenix Stadium is sure to be packed to its retractable top with tons of HD cameras broadcasting at 720p. Fox made a (lone) decision early on in the HD-switch to go with 720p - they obviously didn't talk to consumer electronics manufacturers to find out what was being pushed down the pipe. As 1080p dawned, the broadcaster found itself in what is fast becoming a legacy format. In either case, 720p is still incredibly good to look at and most systems I've seen upscale it beautifully to 1080p. I am as anxious as anyone to hear how they handle crowd/fan noise in the surrounds as well as whether or not the roving cameras will be in greater use this game over last year's CBS-run adventure.

You need to goto a superbowl party hosted by Colombians. We are talking 20 course meals, giant pots of soup that has been cooking all day long, lots of liquor and plenty of beautiful women. Though, there isn't much football watching at these events which is fine by me since I prefer Hockey

I was actually looking at doing this myself. In general, not specifically for the super bowl. My backyard is a 50'x50' with 6' high concrete walls.

12 foot screen (12ft across).
Short throw lens on a projector mounted 10ft away.
3 speakers for LCR.
4 rock speakers for surround.

Anyways,
What does your backyard look like?
Do you have to worry about any kind of reflection's?
What are you doing to contain the sound, as to not annoy your neighbors?
Because it is a open area, is your audio quality going to sound bad?

You need to goto a superbowl party hosted by Colombians. We are talking 20 course meals, giant pots of soup that has been cooking all day long, lots of liquor and plenty of beautiful women. Though, there isn't much football watching at these events which is fine by me since I prefer Hockey

You need to goto a superbowl party hosted by Colombians. We are talking 20 course meals, giant pots of soup that has been cooking all day long, lots of liquor and plenty of beautiful women. Though, there isn't much football watching at these events which is fine by me since I prefer Hockey
GlocksRock posts on January 19, 2008 16:36
I'm throwing a super bowl party, and I can't wait! Gonna have lots of people here.
Post Reply