The L800 is such an eccentric speaker that it cannot be measured as a normal speaker would. Instead I employed a nearfield splicing method consistent with how Stereophile’s John Atkinson measures speakers. Due to the size of the speaker and size of the room I had to measure within, I was only able to measure out to 60 degrees on the horizontal axis. My results were shared with Polk’s engineers and Polks own internal measurements were shared back with me.  Results were found to have a very high degree of agreement.

To measure the L800, I placed it on a 1’ stand on top of a lazy susan like device. The speaker was measured at a distance of 1 meter (with a conformation of response at 2 meters to ensure nearfield). It was measured in 5 degree increments out to 90 degrees, but I only kept those measurements not corrupted by reflections beyond use. Farfield measurements were windowed to remove reflections. Woofer and port were measured in the nearfield, and the woofer was also measured groundplane. Data was processed within VituixCad2 for display.

The above graph shows the direct-axis frequency response and other curves that describe the speaker’s amplitude response in a number of ways. For more information about the meaning of these curves, please refer to our article Understanding Loudspeaker Measurements Part 1. The L800s can be seen to have a very linear response and maintain a tight window from 40Hz to 20kHz. These are very accurate speakers. From these curves, we can see that the L800 has a very wide dispersion out to 5kHz and then begins to narrow a bit from there. At 10kHz and above, the dispersion becomes very narrow; this is not unexpected given what we have seen from the Legend series ring radiator tweeters in our L200/L400 review. The L800s are best listened to on-axis so that the tweeter faces the listener. Those who are sensitive to high frequencies can simply listen at a slight off-axis angle to shear off exposure to treble output.

The above graphs depict the L800’s direct-axis and horizontal dispersion out to a 60-degree angle in five-degree increments. Information on how to interpret these graphs can be read in Understanding Loudspeaker Review Measurements Part II. These measurements show a speaker with very good if slightly idiosyncratic performance. The response is mostly flat and neutral on-axis. The speaker shows a slight rise, characteristic of all Legend series speakers, in the treble. However, as had already been noted, the tweeter beams noticeably off-axis in the high treble band, so the listening window maintains a neutral balance. The rise is also not that aggressive, being only a few dB’s as you reach toward 10khz. Again, we see that this is an accurate loudspeaker, if perhaps a tad forward due to the very slight treble rise. For those who want a warmer sound as well as the SDA imaging, it would only take a light touch of equalization to get there.

Note: All measurements were taken with the SDA drivers disconnected.  Measuring the speaker with SDA active is very difficult to do accurately.  While I did measure it this way, the manufacturer had concern that this approach was not accurately reflecting the response of the speaker. The above polar map graphs show the same information that the preceding graphs do but depict it in a way that can offer new insight regarding these speakers’ behavior. Instead of using individual raised lines to illustrate amplitude, these polar maps use color to portray amplitude, and this allows the use of a purely angle/frequency axis perspective. The advantage of these graphs is they can let us see broader trends of the speaker’s behavior more easily. For more information about the meaning of these graphs, we again refer the reader to Understanding Loudspeaker Review Measurements Part II.

Here we can see that the bass to midrange dispersion of the L800 extends out to the 60 degrees that we were able to measure. We get a better look at the beaming that occurs at 5kHz and above. If you want to be met with the full range of treble out to 20kHz, you will need to be listening on-axis with maybe a +/-10 degree tolerance. The good news is that there is not much content in that extreme upper band between 15kHz and 20kHz, so even if you aren’t listening in that window, you won’t be missing much. That assumes that the listener can hear frequencies that high. Most older adults in industrialized countries have some level of high frequency hearing loss, especially in men older than 50, so there is a good chance that the reader will have trouble hearing anything in that frequency band anyway. Response issues in the high treble range of 15kHz to 20kHz is rarely of any audible consequence.

Anyone who has read this far will get that I enjoyed the Polk Legend L800 speakers. Those readers will also understand that these speakers are a bit more demanding than most in their set-up. The user needs to do a bit of accommodation in order to get the most out of them. Those who are willing to make that stretch will be rewarded with a phenomenal soundstage; in some ways, perhaps the very best that stereo sound could produce through a pair of loudspeakers without any exotic acoustic conditions. Those users will also be met with a very accurate sound as well as powerful bass down to 20Hz; these are a true full-range loudspeakers unlike many other floor-standing speakers on the market, even at or above their pricing. Pricing is worth discussion here, and while these are not inexpensive speakers, in my opinion, they represent a tremendous value. I have heard speakers that are many times the cost of these that are not able to do what the L800s can do. Six thousand dollars is not a small sum of money, but that is a drop in the bucket for high-end audio, and I think that many buyers will end up finding their ‘forever’ two-channel speaker setup with these whereas ‘forever’ speakers normally range into five-figure pricing for many audio enthusiasts. The L800s can give you a speaker with which you can live happily ever after, and you can take the money saved and use it for other endeavors. As for myself, I will be busy having fun rediscovering my music library for as long as I can keep the L800s.

Have you heard the Polk SDA effect personally? Please share your comments in the related forum thread below. 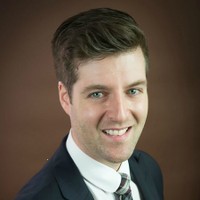 Matthew has spent the better part of the last two decades studying acoustics and good sound reproduction. He provides down to earth explanations of complex scientific topics related to audio reproduction.

Matthew J Poes, post: 1474874, member: 85392
I didn’t have matching surround speakers or a matching center to try. My HT setup relied on differential output amplifiers. I had set these up as a separate system in the room.

I now have the matching center and plan to set them up for surround use. It should be compatible. Polk is certainly selling them this way and tested it themselves. I just didn’t have the ability at the time of the review period.

ski2xblack, post: 1474883, member: 9107
I would like to see evidence relating to these Polks, not the quite different approch of another comany.

If you are so sure this is some kind of scam feel free to get it yourself. Those approaches are not so different. If you actually read the half dozen papers you would see that this is a sound approach and that it’s very difficult to accurately measure. Why is it my responsibility to obtain the more than half a million dollars in equipment and facilities to back up claims already backed up by plenty of research?

did you look at the basic XTC formula in the Princeton paper prior to their introduction of the timbre adjustment filter? Their basic starting point is the same L-R plus the delay between the ears. Identical to what Polk has done passively. They then add in additional filters to maintain high XTC while not corrupting the timbre.
Matthew J Poes posts on April 11, 2021 13:08

Golfx, post: 1474876, member: 93641
Why should he provide supporting evidence to you? Instead, You are the one who should be providing peer reviewed journal articles to counter the review premise.

It wouldn’t be unreasonable to expect me to provide some proof in the form of peer reviewed articles. Which I did.

I do have measurements of the ILD with the crosstalk cancelation filters on vs off. The problem is that it wasn’t taken correctly as I didn’t have a HATS. It corrupted them by not having a true head shadow. Further, they look consistent with the ones Princeton researchers produced, which means they are very messy. I rely on their expertise to know it’s right, but basically the difference analysis you use ends up mostly showing the comb filtering, so it’s very rough.
ski2xblack posts on April 11, 2021 13:06

Matthew J Poes, post: 1474873, member: 85392
But let’s also consider that I already linked to half a dozen papers explaining crosstalk cancelation circuits and providing evidence. They work with a difference signal as well. They simply use DSP to feed it into the main speakers instead. This is what BAACH does. Why not just look to them for evidence. You seem skeptical but I don’t get why.

I would like to see evidence relating to these Polks, not the quite different approch of another comany.

Maybe it's the bee's knees, maybe it's just kooky, unconventional spatial effects. You said yourself that this is all in pursuit of an illusion, and one man's kooky spatial effects are another's audio nirvana. There is no right or wrong there. But this is reductive science, so querries into what these speakers are actually doing and the manufacturer claims are fair game.
Golfx posts on April 11, 2021 12:50

Yes, that is the claim. If it's really that simple, supporting evidence should be easy to produce. I'm sure you'll get right on that.

While we wait for either verification or falsifying evidence, lets consider the following. For wave cancellation to take place, the waveforms must be identical and out of phase. But the signals in use here are far from identical. The ambient arrays are indeed 180 deg. out of phase with each other, which is why you hear that wide, disembodied diffuse sound that expands beyond the speakers physical locations. This is nothing new or unexpected. Any pair of speakers playing the L - R signal out of phase do this, regardless of their proximity to other speakers.

Why should he provide supporting evidence to you? Instead, You are the one who should be providing peer reviewed journal articles to counter the review premise.
Post Reply