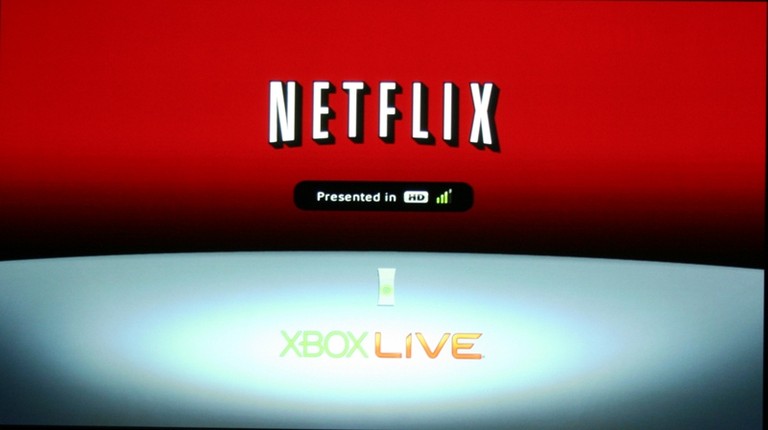 As most Xbox 360 owners know (at least those that have an Xbox Live! account) the new Xbox Live! interface went live today. This update completely revamps the interface adding a number of features like 8 person chat and Avatars. More importantly, for those with a Netflix account, Netflix streaming of movies has been made available. This editorial will be a short review of the interface changes and a more in-depth one of Netflix streaming.

The interface has been completely revamped from a more tab based with limited options on the screen to what looks to be subsequent screens fading off into the distance. This actually makes more information available to users at one time. The overall look of the interface is much improved with much better graphics and integration of your chosen theme. Flipping through the different screens is mostly quick though it does seem to make the entire interface a bit more clunky. There are a number of categories including:

With all the new features, it would be nice to have a "favorites" list under My Xbox to simplify things, though that probably would mean that much of the additional advertising... er... content would be missed by the average user. One thing I did like was that when you disconnected the controller, the interface didn't immediately lock up until you turned on the controller. While this isn't a big deal for casual user (to adjust settings or navigate menus) but when you are watching a video, saving those batteries for more important things than just being ready to pause a video is paramount.

Owing more than a little to the Wii and their Miis, the Avatars are customizable "people" that represent you on Xbox Live. I thought that I would hate the little dudes but really, I don't. They look much more grown up than the Miis (less big-headed). You can customize their size, shape, color, clothes, and accessories. You can also save outfits so that you can switch them easier (in case your Avatar is going to a formal dinner I guess). The most extensive options are in the Avatar's features such as eyes, nose, mouth, etc. with a fairly limited number of clothes available. I was able to quickly put together three different outfits and saved them depending on my mood. It was easy to do and actually pretty fun. There is a photo option that lets you pose your Avatar and use them as your Gamer Picture. Of course, you can still use the Gamer Pictures you downloaded if you prefer.

On the Friends menu, anyone who you have friended will be shown in Avatar form. When you scroll over them, a word balloon (a la comics) will pop up with their name in it. What background they are on will depend on what theme you have choses. It will also show you where they are or what they are doing in some fashion. If they are playing a game, it'll let you know which so that you can ask to join or invite them to a different on. If your friend is offline, their Avatar will appear to be sleeping standing up.

For me, the most important thing I was interested in was the Netflix streaming. I already have a Netflix account (have been a member for a lot longer than I've worked for Audioholics) so it was a no cost upgrade. For other Live users, it is a $9 a month subscription fee. First the bad - when adding movies to your "instant view" list, it will sometimes tell you that a movie isn't available on Xbox. It appears that there is some conflict with the classic video download service that has long been available through Xbox Live and other services. Netflix claims to be working out the licensing issues. Second, stereo audio is as good as it gets.

That's it, that's all the bad that I can find.

The good is legion. Setup was a matter of signing in to Xbox Live and getting a code and entering it into a screen on the Netflix website. A few seconds later and I had access. From there, you need to add movies to your Watch Instantly queue manually. Each time you add a movie, it'll take anywhere from a few seconds to a minute for it to show up on the Xbox Live interface. While your viewing experience will vary based on the speed of your connection, I have a cable connection (basic package) and I am hardwired through the Belkin Powerline AV+. With this connection, I get 4 out of 4 bars for standard definition streaming and between 2 and 3 out of 4 for high definition.

I had no idea this was available on Netflix but apparently it is. The picture difference between the SD and HD was substantial with the SD picture noticeably softer than the HD. I was very surprised at the HD picture how clean and clear it was. With Ratatouille in standard definition (and 4 out of 4 bars connection speed) the picture was rock solid, the motion was without judder or blur. The 2 bar connection speed on an HD movie showed many more visual artifacts and motion blur. With 3 bars, the motion blur and macroblocking was much reduced (to the point that only I noticed  it and not any of my family or friends. Still, the fact that Xbox Live can stream HD in any form is impressive. Given that Roku claims that they'll be able able stream HD from Netflix at a lower bandwidth could mean that HD isn't out of the realm of possibility for the common user.

Queuing up a movie took all of a few seconds (never longer than a minute) and stayed stable for the most part. Once, when I had gotten a 3 bar connection speed, the connection slowed and had to reload the movie (presumably at a 2 bar speed). It is unclear if that is going to be a common occurrence or not (though it happened to one of our other reviewers as well). When watching a movie, you can stop a movie at any time an it will remember your position. It also tells you how much (percentage) of the movie you've watched. Rewinding and fast-forwarding is a bit clunky and requires you to re-queue the movie but it works. Overall, I'm quite impressed with this service. With probably more people online trying it right now, the fact that it hasn't totally crashed probably says more than anything else.

The new "Xbox Experience" has done something that Microsoft hasn't done in a long time - impress me. Perhaps it was because my expectations were so low after I saw how they were aping the Miis with their Avatars. The fact is that I had high hopes for the Netflix interface and they were all fulfilled or exceeded. I had no idea we'd be seeing HD streaming in any form at this time. I had hoped it would be better quality but it is good enough for the movies that are available (most seem to be TV shows or documentaries at this time). I'll experiment more and you can bet you'll be hearing about it on AV Rant.

Edit 1 - There was already an update to Netflix which seems to have increased my HD streaming speed to 3 bars pretty consistently. This significantly increases the quality of the viewing experience (no, it doesn't touch Blu-ray and is still is stereo).

Edit 2 - Looks like you have Sony to thank for the missing Netflix movies.

Read the Complete Thread
chescatatum posts on April 13, 2015 10:55
Thanks for the article Tom . Just want to inform all folks who live outside US that Xbox One is a great media Player. If you want to access Netflix and other streaming stations on your Xbox One you can use UnoTelly as I do to get around the geo block.
sp44 posts on November 25, 2008 14:23
Other than the ads I think it's great. I could care less about the avatars. I don't know what kind of interface people are looking for. Netflix will be great.
abboudc posts on November 21, 2008 23:11
My impression: WAY overhyped.

First the interface. It's like a strange hybrid of the Zune, the PS3 cross media bar, and Vista's 3D Flip, none of which are good interfaces, IMO. The old interface needed some work, but this update isn't better. It does appear to be higher resolution (which is nice), but it looks like the driving force behind the interface was a way to jam more ads on the screen (and make them visible all at once).

The “avatars” are complete Mii ripoffs, but you get so many more options on the Wii. On the Wii, you can space the eyes, move the nose up and down, tilt eyebrows or move them, etc. There are so many more combinations and possibilities. You'd think since they were copying they'd at least make them better. Well, Microsoft did give them arms and legs

Netflix streaming is cool, but i think it's stupid that you have to add them to your watch instantly queue on the computer before they show up. Why not be able to browse and add them via the Xbox directly?

The Friends list also could have been much better. The avatars for your friends stand in front of different objects. At first i thought they represented the game they were playing as i saw a guitar and mic (i thought my friend was playing GH or Rock Band), but it appears to be random as that's not the game in his drive or even in his recent play list. And if they're offline they hang their head and sleep.

I'd have been much happier adding Netflix to the old interface with an increase in resolution.
Mw` posts on November 21, 2008 13:03
I mean, once you get past the heavy sugar coating, there are some pretty solid updates. Sure some of them are things we all wished were there from the start (16x10 for example), but you can't tell me that installing to the HD, netflix, and party support aren't substantial. If anything this is simply laying the groundwork for the future.
GlocksRock posts on November 21, 2008 09:00
I checked out the new interface last night, and I think it's ok, but I think they should have just left it alone. I want more functionality and features added with a major update, not a Wii ripoff that doesn't really do anything for me. Hopefully I will like it more after I get used to it.
Post Reply