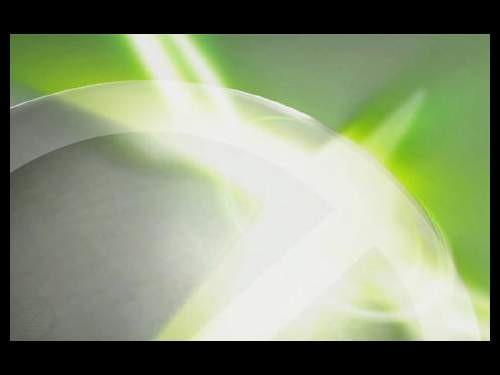 Microsoft has a lot in store for the Xbox

In between all the demos of games like Gears of War II, Fallout 3, Fable II, and Resident Evil 5, Microsoft dropped a few bombshells. First they are partnering up with Netflix to stream their more than 10,000 movies over Xbox Live. This will give access to the over 5 million Xbox Live users to Netflix's impressive online library of movies.

This is not the first foray into your living room attempted by Netflix. Their online streaming service at first was really only viable for the few with an HTPC or those of us that can get away with watching a movie at the office. Netflix recently partnered with Roku Inc. to put out a set top box that can connect to your Netflix account to provide content directly into your home theater. This box, currently priced at around $100, has multiple connection options including HDMI and can connect wirelessly or via an Ethernet cable to you router. Netflix has announced that other manufacturers will be providing access to their services including LG.

The downside of the service has been the selection (mostly older movies) and sound options (only stereo to date). There have been a few technical glitches with movies being encoded in the wrong aspect ratio but that seems to be the exception and not the norm.

Xbox Live users will have to have a Netflix account (currently starting at $9 a month) to use the service. According to the press conference at E3, it looks like users can also stream these movies for friends to watch simultaneously. It is unclear if your friends need a Netflix account as well though the presentation made it seem like they didn't.

In addition to the Netflix announcement, Microsoft has brought aboard NBC Universal, Universal Studios Home Entertainment, Sci Fi Channel, and USA Network locally and Constantin Films and MGM internationally into the Xbox Live Marketplace. This would give users access to such popular shows as The Office and Battlestar Galactica. With their new 60 gig Xbox now out for the same price as the 20 gig model (currently on sale for $50 off), storage of all this content shouldn't be a problem.

Lets not forget, however, that the Xbox Live Marketplace is essentially about games. Probably the first and most popular downloadable game was Geometry Wars. Microsoft announced not only a sequel to that game but also Galaga Legions - a sequel to the hugely popular arcade hit Galaga, UNO Rush, and Portal: Still Alive. While UNO Rush and Galaga should have a broad appeal, the announcement of a Portal game sent shivers down the spines of fanboys everywhere. The fact that they had GLaDOS annouce the game was icing on the cake.

Additionally, the Xbox Live interface will have a major overhaul coming soon. The most notable of the changes will be the inclusion of avatars. Avatars, remarkably similar to the Miis you can create on the Wii, are three dimensional characters that you can personalize to look like yourself... only thinner. Unlike the Mii characters, the Xbox 360 avatars look a bit more grown up (i.e. their heads aren't as disproportionally large).

While at first it seemed like this was an obvious attempt to cash in on the crowd that seems to be mesmerized by the Wii, the press conference went on to show how these characters would be used. Most impressively was a movie about the upcoming 1 vs. 100 game where your avatar is used in game as either the 1, one of the 100, or a member of the audience. This demo quieted some of the grumbling in the audience when the avatars where announced. This was the first in a number of announcements that indicated that Xbox does seem to be moving in a more family friendly direction with the inclusion of a few new games from Rare (Banjo Kazooie, Viva Piñata: Trouble in Paradise) and other games like Scene It, Lips, and Box Office Smash.

The new interface is supposed to be more intuitive and the focus is on bringing your friends from place to place with you without having to invite them everywhere. Whether or not this will work as promised remains to be seen.

Saved for last was the co-opting of Final Fantasy XIII from the Playstation. While the game will be released on both platforms, it makes sense that they would no longer be a Playstation exclusive. While this isn't even close to a death knell from the PS3, it is a signification blow. The Final Fantasy series has been hugely popular and having it come out on the Xbox 360 is a significant coup.

Most of these additional functionalities including the Netflix streaming and new interface will be rolled out sometime in the fall.

MinusTheBear, post: 434431
If it is decided that a staff member will go in the future, it will be one hell of a gig for whoever is picked!

Unfortunately, no. Most of what was there I got from watching the presentation on G4 and from reading the press releases. I'd love to go but I don't think it is in the budget right now and if it was, I imagine that someone higher on the food chain would get the privilege.

That is great to hear you will be writing more articles about E3. Can you give us your impressions and opinions of your winners and losers (if any) of E3 and any other thoughts on where each company goes from here in the future articles if possible. I would like your take on this. If it is decided that a staff member will go in the future, it will be one hell of a gig for whoever is picked!
Tom Andry posts on July 16, 2008 14:51

MinusTheBear, post: 434032
Great overview audioholics staff of Microsofts E3 conference. Are you going to be doing one for Sony and Nintendo as well?

I'm planning to but I haven't had a chance yet.

MinusTheBear, post: 434032
Do any members of the audioholics staff attend E3? If not, maybe something to look into in the future.

Unfortunately, no. Most of what was there I got from watching the presentation on G4 and from reading the press releases. I'd love to go but I don't think it is in the budget right now and if it was, I imagine that someone higher on the food chain would get the privilege.
engtaz posts on July 15, 2008 19:16
Way cool

engtaz
MinusTheBear posts on July 15, 2008 17:06
Great overview audioholics staff of Microsofts E3 conference. Are you going to be doing one for Sony and Nintendo as well?

Do any members of the audioholics staff attend E3? If not, maybe something to look into in the future.
Post Reply