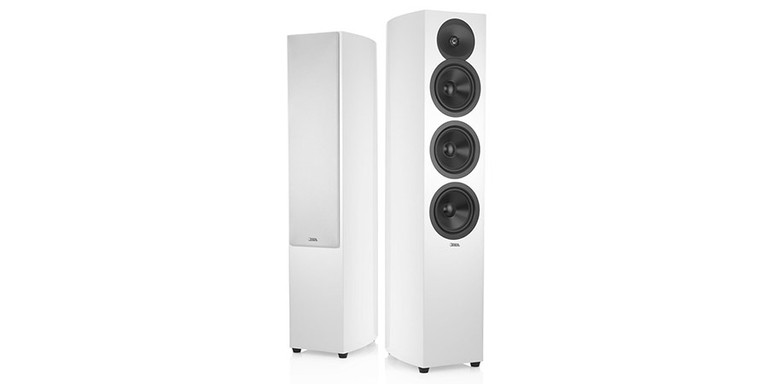 When Revel broke onto the audiophile scene in 1996, it did so in blazing fashion with the introduction of their flagship Ultima line. The Performa series, touting inspiration and advancements from the flagship Ultima line, followed to similar critical acclaim.  While the Concerta line, designed for the entry-level audiophile, bore many of the hallmarks of its more expensive siblings (and equally positive critical acclaim), somehow it never seemed to reach the same hallowed status in audiophile circles.

With the launch of Revel’s Ultima2 speakers in 2008 and subsequent Performa3 speakers, it was only a matter of time before we saw an updated Concerta line.  Therefore when Kevin Voecks, Harman Luxury Audio Group’s Acoustic Technologies Manager, reached out and asked if I’d be interested in taking a pair of Concerta2s for a spin, I couldn’t wait to see the new line-up up close. From my interactions with Kevin I could tell that he and the Revel team felt something special about the new Concertas.

Given my familiarity with the Revel speakers over the years (frequent readers will note that I’ve often brought review gear to a setup featuring Revel’s top-of-the-line Ultima2 Salons as a reference), we decided that auditioning the flagship model in the Concerta2 lineup, the F36 tower speakers, made the most sense.

While my test setup would be a pure two-channel arrangement, the Concerta2 F36 towers are part of a larger lineup geared towards both two-channel and home theater enthusiasts. The F36 is joined by the slightly smaller F35 towers, M16 bookshelf, S16 on-wall, C25 center channel, and B10 subwoofer.  Therefore, whether you’re a two-channel purist or home theater aficionado, Revel has you covered. The Revel Concerta2 family of speakers and sub

Up close, the high gloss finish is impeccably first-rate, giving an air of class to the speaker’s look.

My review pair arrived in typical Revel style.  While relatively large, the F36 speakers weren't so big and heavy that they needed a pallet or freight shipping. They weighed in at 50lbs each and were packed in separate boxes. The Concerta2 F36 speakers arrived via FedEx and were relatively easy to manage (though I strongly recommend making this a two-person job). The F36 speakers were double-boxed and impeccably packed.

A white cloth covered each speaker, ensuring that the high-gloss finish would be pristine when unpacked.  Gone is the vinyl-clad wood finish of the previous generation.  The new Concerta2 line-up only comes in high gloss black or white. My review pair came in white, at my request.  While many in the US are accustomed to black speakers, white speakers are actually the most popular color worldwide. You have the option of large rubber feet or spikes on the F36.

Up close, the high gloss finish is impeccably first-rate, giving an air of class to the speaker’s look. The finish on the Concerta2 F36s, which are made in China, has the same beautiful attention to detail as the Performa3 or Ultima2 lines. In case you're wondering, there is no hint anywhere of the cabinet finishing issues that Revel experienced some years ago while transitioning manufacturing facilities.

Even though these are large tower speakers, they don’t feel big in the room. The tapered design makes them appear much smaller and more shallow than they actually are. Even with a slight toe-in you only see the first quarter (or less) of the speaker at the primary listening position. Other aspects of the F36’s cosmetics are relatively standard, but premium quality. The F36 towers come standard with four rubber feet. Prefer spikes? You have that option too. A complete set is included. Leveling the speakers with the included feet isn’t as easy as it could be, unfortunately.  You need a hex key to tighten or loosen the feet.  Making speaker leveling easier is one area I’d like to see Revel address down the road.

Revel has now standardized magnetic grilles on every speaker they make. The grilles included with the F36 are capped on the rear with a thin white felt, which prevents the grille’s magnetic ends from scratching the speaker’s fine gloss surface.  A single pair of high quality, gold-plated five-way binding posts is your only option.  You can accommodate spade, banana or bare speaker wire with them. Sorry, no bi-amping—assuming you ascribe to such benefits. The Revel F36 is a rear-ported design and has a single set of binding posts.

Read the Complete Thread
head_unit posts on November 23, 2020 01:59
“This indicates a system tuning a bit too low for the available box size needed to produce a more optimal response. This isn't surprising as many speakers make this compromise in favor of aesthetics.” I don't see what that has to do with aesthetics, since a lower port is bigger. Per my friend who worked at Harman/JBL and designed many Revel drivers, the idea is the same as I applied in automotive audio: tune lower than “optimum” to have a more extended slower rolloff, to better match room gain. Regarding F3 and “optimum” folks are WAY too obsessed with F3. It is NOT some holy grail and it is NOT the best figure of merit. When I was lucky enough to meet Dick Small in Indiana in his Harman days, he agreed F3 was just a useful mathematical convenience grabbed from filter theory for his thesis.* It has nothing to do with loudspeakers in rooms; F6 or F10 are more relevant but aced out by F3 because of…Dick Small using that in his thesis! (Understand also this was before Allison had published work on boundary reinforcement http://www.aes.org/e-lib/browse.cfm?elib=2760.)

(*He was a really nice guy, good humouredly laughing in surprise that I had a bootleg copy of his entire thesis Xeroxed out of Jim Novak's personal library. Now THAT, my friends, is some heavy bedtime reading…and yet at the same time, done in a clear manner, kudos Mr. Small!)
Irvrobinson posts on September 12, 2016 18:42

BoredSysAdmin, post: 1152869, member: 28046
Tell it to TLSGuy, ADTGuy who run speakers fullrange. Gene does same, but supplements with few extra subs to even out the bass in room.
I feel that generalizing a bit too much and a bit off on more than few points.

I do this too, but it only works with relatively expensive towers with powerful bass, so the towers are able to keep up with subs. For the majority of budgets, I'd recommend going with smaller mains and bigger subs. I also completely agree with ShadyJ that the best positioning for imaging and mid-high smoothness is seldom a good location for smooth bass response.
BoredSysAdmin posts on September 12, 2016 17:44

shadyJ, post: 1152864, member: 20472
Because the best place for low frequency emission in-room is rarely the best place for higher bands. It doesn't hurt to have that capability there, but the the way most systems are setup, it doesn't help either, since they are typically high-passing their mains at 80 Hz. I feel that full range tower speakers are more a matter of convention than logic.

Tell it to TLSGuy, ADTGuy who run speakers fullrange. Gene does same, but supplements with few extra subs to even out the bass in room.
I feel that generalizing a bit too much and a bit off on more than few points.
shadyJ posts on September 12, 2016 17:17
Because the best place for low frequency emission in-room is rarely the best place for higher bands. It doesn't hurt to have that capability there, but the the way most systems are setup, it doesn't help either, since they are typically high-passing their mains at 80 Hz. I feel that full range tower speakers are more a matter of convention than logic.
BoredSysAdmin posts on September 12, 2016 16:53