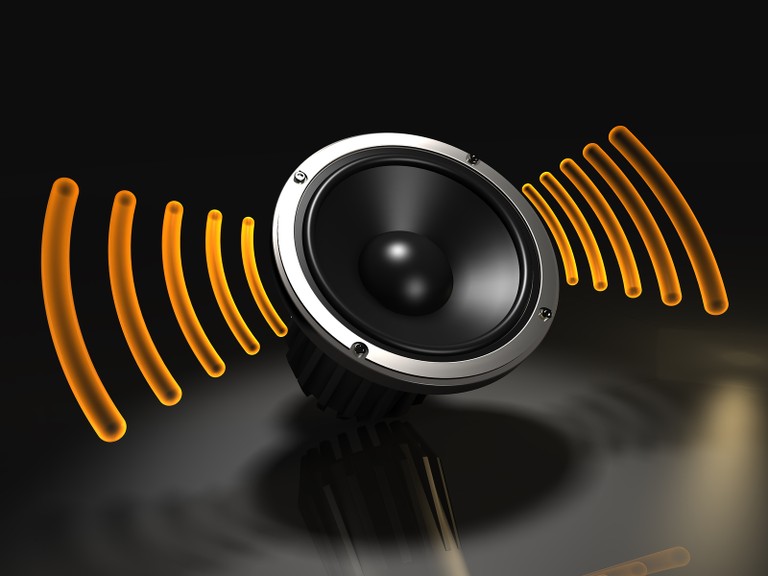 Loudspeaker manufacturers sometimes exaggerate the specifications of their products to make them look better than they really are.  Some are more honest than others in this regard.  The focus of this article is on loudspeaker sensitivity and what to look for in this rating so the consumer can make a more educated purchasing decision when comparing products.

In order to begin, it’s important to clearly define a few terms that will be used throughout this article.

Loudspeaker Sensitivity: a measure of Sound Pressure Level (SPL) at a specified distance for a specified input signal. This is usually specified for a loudspeaker in a non-reverberant environment, in dB SPL and referenced to 1 meter on the reference axis with an input of 2.83 volts RMS, typically at one or more specified frequencies (often 300, 400, 500, 600Hz or the average of these). Sensitivity should always be accompanied by an impedance specification.

Loudspeaker Impedance: is the sum of DC resistance and complex AC reactance comprising inductance and capacitance, the value of which changes with frequency.

Editorial Note about SPL Change:
A 3 dB change in sound level is just nicely noticeable as a change in loudness.  It requires 10dB power change to halve or double perceived loudness at mid/high frequencies and about 6dB at low frequencies.

Why is Loudspeaker Sensitivity Important?

This specification is important because it should give the consumer an accurate, easily compared measure of “how loud” a particular speaker will play when fed with a specific input. If sensitivity is measured in the same way, using the same methodology, then we can compare different speakers and have a good understanding of the relative amount of power they’ll need to achieve a certain output level. Their output is measured in dB SPL (Sound Pressure Level).

Note that the sensitivity measurement is only a relative measurement, done under tightly-controlled test conditions. The sensitivity figure does not necessarily relate directly to how loud a given speaker will play in a given room with a given input level; rather, sensitivity is a precise measurement that allows different speakers to be compared in an apples-to-apples manner. Their ultimate loudness capability in real-world situations depends on many factors, which we will explore later on.

Whenever sensitivity is quoted, the nominal impedance must also be stated. This will prevent the manufacturer from cheating in cases where the lower impedance speaker is able to draw more current making the speaker appear more efficient.  Of course the efficiency has NOT increased, but the sensitivity has, which is why it is important to include nominal impedance into the spec.  Plus, all speakers are designed to be driven from voltage source amplifiers and have a flat frequency response when so driven. Therefore, sensitivity does give a direct indication of how much louder one speaker will sound on a direct comparison (disregarding the capability of the amplifier to drive a speaker that cheats on impedance).

“Efficiency” is NOT the same thing as “Sensitivity”

Speaker engineers use the term “sensitivity” because it is technically more precise definition of how loud a speaker will play when driven by an input signal of at a specified voltage level. “Efficiency” is usually a more colloquial term used by consumers, to informally describe how much power a speaker needs to achieve a desired loudness level: “Oh, your speakers a real power hogs. They’re not very efficient.” From a technical standpoint, “efficiency” is defined as the sound power output divided by the electrical power input—but that’s not how consumers use the word. So rather than try to turn laypeople into engineers, we’ll just concentrate on sensitivity.

The reason for quoting sensitivity rather than efficiency is that the true efficiency of a speaker varies wildly with frequency because of its impedance variation. The efficiency quote would be fairly meaningless, so loudspeaker engineers measure and refer to “sensitivity” instead.

How do we measure loudspeaker Impedance?

An impedance analyzer is used to measure the loudspeaker’s impedance as it changes with frequency.  The lowest impedance is measured at DC, which is also known as the DC resistance. The IEC method of specifying nominal loudspeaker impedance is set such that minimum impedance must not fall below 80% of nominal, so for an 8 ohm speaker this would be 6.4 ohms minimum, and for 4 ohms would be 3.2 ohms. As you can see in the above impedance graphs, the Infinity speaker measured well below the 6.4 ohm minimum to be classified as an  8 ohm speaker by the IEC method.  In fact, it's off by a great margin. This speaker purposely utilizes a 4 ohm tweeter to boost sensitivity which affects its overall impedance value.  The RBH Sound speaker truly is a 4 ohm speaker as specified by the manufacturer. In fact, as you can see by the dotted red line, the impedance stays well above the minimum 3.2 ohm mark to be classified as such by IEC method.

it takes a +10dB power increase to notice a perceptual doubling of loudness at mid/high frequencies and +6dB at low frequencies...

Comparing the Sensitivity of Speakers with Different Impedances

If the amplifier is set to 2.83V, the 4 ohm speaker will draw 2 watts of power from the amplifier while an 8 ohm speaker draws 1 watt.  (Power = Voltage2/resistance. So, 2.832 = 8. 8/8ohms = 1 watt.) This potentially gives the 4 ohm speaker a +3dB SPL advantage over the 8 ohm speaker for a given input level. This seems to be unfair. Therefore, some engineers and reviewers adjust the input voltage so that it equates to 1 watt at the impedance of the input frequency (or band of frequencies) of the speaker under test.

The other viewpoint is that in the real world, a speaker’s impedance is what it is, and the amplifier puts out its voltage as it does. Assuming the amp is muscular enough to drive low impedances, then if a speaker has a lower impedance, it will play louder for the same voltage input from the amp and this is information the consumer should have. In other words, the speaker’s sensitivity rating should not be “penalized” because it’s a 4-ohm instead of an 8-ohm speaker.

There is an international standard that defines sensitivity, and it specifies that sensitivity be referred to SPL @ 1m for 2.83V input. The actual measurement can be made at any distance and input level, but must be calculated back to 1m and 2.83V equivalent. A 4-ohm speaker will under these conditions appear to have an advantage, and many manufacturers take unfair advantage of this. This is why it is also required to quote nominal impedance, so that one can see that if the nominal impedance is low then the speaker will in fact be drawing more power from the amplifier and hence the amplifier will have to be able to deliver this. Not all manufacturers follow the industry standards in every instance of published specifications, so the consumer needs to pay close attention and read the fine print.

Because a speaker is a voltage-driven device, we would be much better off to move away from amplifier power to amplifier voltage, specified in dB relative to 2.83 volts. At the same time, the minimum impedance of the load that the amplifier can maintain at this maximum voltage should be quoted. Using this, we could directly calculate how loud the speaker could go. An example will illustrate this: suppose we take a conventional 100W amp into an 8 ohm load. 100W is 28.3Vrms, which is +20dB relative to 2.83V. If the speaker is 90dB sensitivity, then max SPL is 90+20= 110dB.  So, we quote the amp as a +20dB amp. That’s it...we now know how loud it will play with any sensitivity speaker. Easy!

Note: Of course this doesn't factor in loudspeaker compression or distortion which will vary in degree depending on the quality of drivers and crossover components of each particular speaker.

GO-NAD!, post: 948074
My assumption (which may be unfounded) is that any amplifier that is designed and built to deliver lots of current to low impedance speakers would also be built to deliver the requisite voltage under high load conditions as well. I just couldn't fathom that any manufacturer might build an amp in such a manner. I could be wrong on that count.

Depends on what you mean. Certainly I think its fair to expect an amplifier like a Parasound model 275 would be adequate to drive most loudspeakers to fairly high volume levels. However, if you've got a huge room, relatively insensitive speakers, and high volume requirements, it's competence into low impedance loads isn't going to mean much. That is to say, even with such an amplifier, it still has to be fit to the job at hand.
GO-NAD! posts on January 31, 2013 13:06

Steve81, post: 948063
In a purely resistive circuit, Power = Voltage x Amperage. If the amplifier is not limited by amperage (which is pretty clear if its doubling down), then the amplifiers ability to cleanly swing more voltage is the limiting factor.

I understand what you were driving at now.:o I understand the math behind it. My assumption (which may be unfounded) is that any amplifier that is designed and built to deliver lots of current to low impedance speakers would also be built to deliver the requisite voltage under high load conditions as well. I just couldn't fathom that any manufacturer might build an amp in such a manner. I could be wrong on that count.
j_garcia posts on January 31, 2013 12:56
Both your article and the others linked in the article ARE the answer, but not what is being asked most often. Example:

It is a very common misunderstanding simply of what a wattage rating on a speaker actually means. In other words, the wrong question is being asked for what they actually want to know, and to which your article is most likely the answer
Steve81 posts on January 31, 2013 12:52

j_garcia, post: 948068
I meant something a little “simpler” that people who ask: “My speaker has a rating of 250W and my amp is 100W, will I fry it?” can actually understand. Those articles are WAY over the heads of noobs.

Like this?
Tip of the Day: How to Avoid Blowing Out Your Speakers â€” Reviews and News from Audioholics
j_garcia posts on January 31, 2013 12:51

We have 3 articles on loudspeaker power handling which I linked up at the bottom of the first page.

I meant something a little “simpler” that people who ask: “My speaker has a rating of 250W and my amp is 100W, will I fry it?” can actually understand. Those articles are WAY over the heads of noobs.
Post Reply