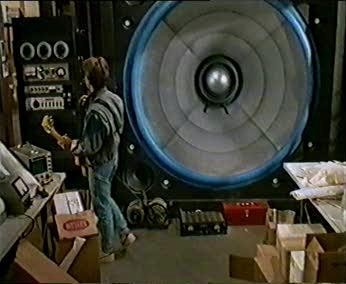 SUMMARY OF PART ONE - Power handling limitations result from both thermal and mechanical issues. Power consumed by a loudspeaker is traditionally estimated by assuming the speakers resistance is invariant with frequency, time, and temperature and is purely resistive. All these assumptions are false, and lead the industry to publish figures which are unrealistically high pleasing both the buyers and sellers who are engaged in a never ending competition to offer the greatest power handling. Standardized power testing signals are unrealistically compressed, allowing for easier measurement and data collection, but compromising the usefulness of the data gathered. Standardized power test signals are not uniformly adopted by manufacturers and differences exist between standards in wide usage. Worst of all, some manufacturers ignore standards and testing, and simply either estimate the power handling or in some cases simply publish numbers they believe will boost their sales without regard to the truth. Manufacturing a speaker which will have the best power handling for the resources employed requires an intimate knowledge of several factors which are sometime pulling the designer in different directions at once. Sometimes issues unrelated to engineering influence design and the resultant products, often to the detriment of optimum performance.

Check out our recent YouTube video discussion on matching amplifier power to loudspeakers.

YouTube Discussion: The Truth about Matching Amplifier Power to Loudspeakers

The reason we put more power into a speaker is because we expect more output as a result. In part two we will discuss compression, an effect that means while we put more power into the speaker, it is failing to give us a proportional increase in acoustic output because of thermal and/or mechanical limitations.

At the conclusion of part one, we illustrated how a loudspeaker whose DC resistance was 6.2 ohms (a very common and realistic figure for a typical 8 ohm loudspeaker) would go to 12 ohms at 500 degrees F, or 260 degrees Celsius, not an unrealistic figure to encounter in the world of professional audio where use of 5000 watt amplifiers are not uncommon. (5000 watts is about 6.78 horsepower, so this is considerable considering you are attempting to use all this power in a VC only 4 inches (100mm) in diameter and perhaps 0.5” to 1.0” in height, often weighing less than 50 grams (under 2 ounces). At this point, the actual power delivered to the speaker is only 50% of the apparent power, calculated by assuming the nominal impedance remains unchanged. At this temperature, the speaker is likely to fail, and the low frequency (Thiele-Small) parameters are also completely different than what the speaker was prior to overpowering. Let's take a look and see what the heating alone will do.

As we can see from the comparison curve above, the sensitivity of the speaker is diminished by 3db at elevated temperatures, so that the actual output is less than what we would expect. As shown, we have kept the power constant at 600 watts, which means we had to raise the voltage by 1.414 times to insert the same power. In practice, it is doubtful that you would be able to do this, as your amp would simply run out of voltage. In that case, assuming there was no more available voltage, the loss would be much more severe as shown below:

In this case at 200 Hz we actually lose 6db, 3db to sensitivity loss and another 3db to loss of power (we only pull half the current, and P=V*I).

Instead of being able to consume the power applied as voltage times current, the heating voice coil tends to self limit the current flowing through it, in effect compressing the musical signal and lowering the dynamic range of the recording, in much the same way an amplifier running into clipping will do.

So, clearly without a knowledge of the thermal compression occurring We cannot know what the actual power consumed is, nor can we predict what the acoustic output will be based on the published 1 watt sensitivity of the speaker, and the available amplifier power. Some companies DO publish compression data, and make it available to the system designers. JBL is one such example, and below are 3 links to data sheets that include power compression information.

Let's go back to the first equation introduced in part one:

The force on the voice coil is proportional to the sound PRESSURE level. A doubling of force results in a 6db increase, which is a doubling of sound pressure level (SPL). If the amplifier runs out of voltage or current, then the current (amperes) is limited reducing the resultant SPL. What about the other parameters, B & L (Magnetic Force times the length of conductor in the field).

The Mechanics of Speaker Clipping

Speaker “clipping” like amplifier clipping will occur when the excursion required to reproduce the signal results in the VC being propelled OUT of the magnetic field, reducing the motor force (B*L). What would cause this? Just like an amplifier has a physical limit for its available voltage or current, a loudspeaker has a physical limit to its available travel in either direction from the static position. This parameter is known as Xmax. If the VC travels OUT of the magnetic gap, then the resultant product of (B*L) is reduced so that the Force acting on the VC and in turn the diaphragm, and hence the air it is coupled to is reduced. In short, the speaker is running out of excursion capability, so it is self limiting in the amount of available output. This effect is present in all speakers, but especially so with subwoofers. To see why this is so, let's review the following graph.

As we can see, as the excitation frequency is lowered, the excursion increases dramatically. To have the same output at a frequency twice as low, the speaker cone needs to move 4 times the distance. (This is a rough approximation which is changed by the speaker and box damping as well as the port tuning). The null at 40 Hz is the reduction in cone excursion caused by the venting of the box. The change in brightness of the line is the program rightly indicating this prediction is based on things staying the same, but they cannot because above 5.5 mm, the amount of Xmax available from the speaker in this example, this VC jumps out of the gap. (The change in brightness is telling the designer, if you want to put that much power into this speaker box system, you had better use a longer VC or suffer the consequences of high distortion and quite possibly speaker self-destruction).

Another issue affecting the ability of our speaker to convert the input power to acoustic power revolves around the drop in motor force (B*L) that occurs as the VC moves off the center position. (Since B is the strength of the magnetic field, if the VC (L) is moving out of that magnetic field, the product of the two (B*L) is going to be reduced). This will lessen the damping available on the speaker and change the way it moves as a function of frequency. Unlike electrical currents, where we can use conductors and insulators, with a magnetic circuit the “conductor” is a short air gap. Unfortunately, the area just above and below is just a slightly further path, so the magnetic lines of force do not suddenly fall off to nothing, they lessen slightly making the definition of the actual magnetic gap less definite and as small as we would like. This means our B*L does not suddenly drop to zero, so there is force (B*L*I) acting to push the speaker even after the VC completely leaves the area of most intense magnetic field. See the illustrations below: