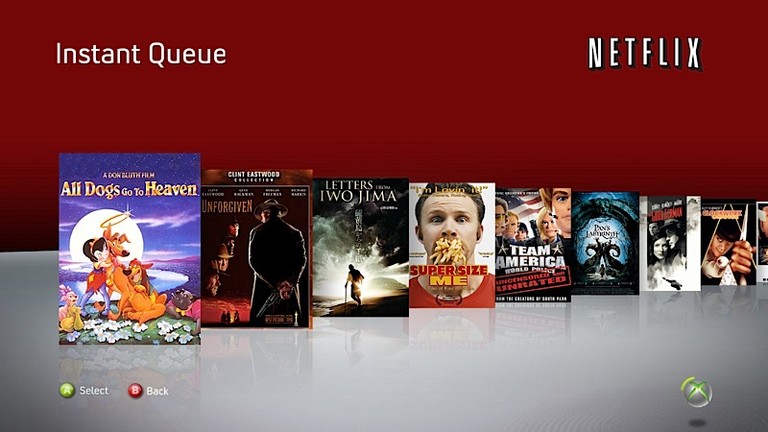 Xbox360 and Netflix seems to be a good fit

"Adding Netflix to our ever-growing library of 30,000 movies and TV shows makes Xbox 360 the best value in home entertainment," said John Schappert, corporate vice president of Interactive Entertainment, LIVE, Software and Services Business at Microsoft. "With over 1 million activations and 1.5 billion minutes watched to date, Netflix is a great win for Xbox living rooms nationwide. These families are getting more entertainment from Xbox 360 than from any other device connected to their TVs."

"Netflix continues to provide its 9.4 million subscribers unprecedented convenience, selection and value," said Netflix Chief Marketing Officer Leslie Kilgore. "With more than 100,000 titles on DVD and 12,000 movies and TV episodes available to watch instantly, there's no better way to enjoy movies than Netflix. As these strong results on Xbox demonstrate, Xbox LIVE is a terrific way for Netflix members to enjoy watching movies instantly on their TVs."

The library of movies and TV episodes available to watch instantly from Netflix via Xbox 360 includes scores of Academy Award winners and nominees; a number of popular, currently running and classic TV episodes; more than 20 of the movies rated by the American Film Institute among the greatest ever; and access to the Starz Play service.

Midcow2, post: 519358
My son is doing it and likes it very well upstairs in his media/game room

Step1 : Tomorrow the Salamander Hampton 339 is being delivered

just call me old!!!! I myself would like to have the dvd myself!! how are those banana clips??
Tom Andry posts on April 08, 2009 18:23
With SD I've had almost no problems, with HD I've run into a few stutters here and there. Weekend nights are the worst as there have been times I couldn't even log on. Sucked.
Clint DeBoer posts on April 08, 2009 12:18
1-2 minutes tops. I don't like to jump around as it has to re-acquire, but once it starts it stays on.
Post Reply