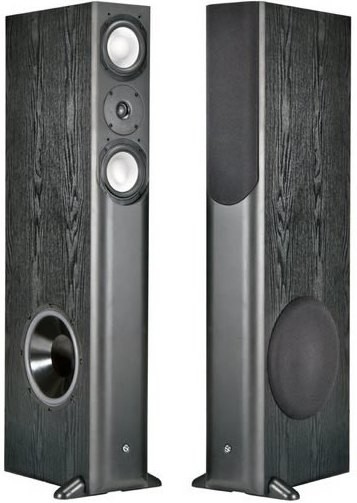 I like reviewing budget gear because I know I'm reviewing something that is in the bulk of our reader's price range. Let me speak plainly - These are NOT $450/pair speakers as their price suggests. I have found them to be much closer in performance to $1000/pair speakers. This time I'm going to refrain from making any grandiose claims but I'll tell you this, don't bother asking me what my advice is for budget bookshelf (with stands) or floorstanding speakers. My answer is The Speaker Company TST2s.
Next Page ⇨

Can anyone who has already purchased the 2's or 3's give me some feedback on them. Obviously the review by Tom gives me an idea of how the tst2's sound but I am curious as to weather the tst3's are worth the extra money. At the moment you can refurbished 3's for 30 dollars more than the 2's.
ace0001a posts on June 18, 2009 16:49

gliz, post: 583922
untill they make them more stable I will not be buying any, three spikes is not enough

Yeah at first I really didn't think they would be stable, but they turn out to be more stable then you'd think. I too would prefer 4 outriggers, but it's actually fairly stable as it is with TSC's TST series of speakers.

If you even have a twinge of wanting these speakers, I highly recommend them. They definitely can't be beat for the price and with a 30-day trial, you really have nothing to lose.
gliz posts on June 18, 2009 10:06
untill they make them more stable I will not be buying any, three spikes is not enough
ace0001a posts on June 01, 2009 10:34

tdamocles, post: 574787
I noticed in the article that it said that the tweeters broke up at high volumes. Could someone who has these speakers comment on if they keep their composure when watching movies with loud explosions? Do they break up in this case?

My interpretation of this from the review here and other customer responses here and elswhere is that it doesn't seem to be a major issue. Surely if it was, you'd read more complaints about it. I'm still waiting for my TST3s to arrive and have been told by TSC that they should be shipping them in the next week or so. I think it's safe to assume that the tweeter break up only happens infrequently and at fairly high volumes that is louder than what many people set theirs at when listening to music and movies…otherwise like said, you'd read more complaints about it. You've also got to keep in mind that in a review, it is necessary to be nitpicky and I'm sure the detail about the tweeters breaking up at high volumes goes along those lines. I currently own Paradigm Monitor 7 V1s that I bought over a decade ago that the TST3s will be replacing. I remember back in the early days when I first got the monitor 7s that I would occassionaly hear some tweeter breakup at high volumes. After using them for a while, I didn't hear it anymore and basically realized things like that can happen during the “break in” period. Also, this thread has been a bit quiet lately and I think those owners and others who posted earlier here have either lost interest or are really busy.
Post Reply