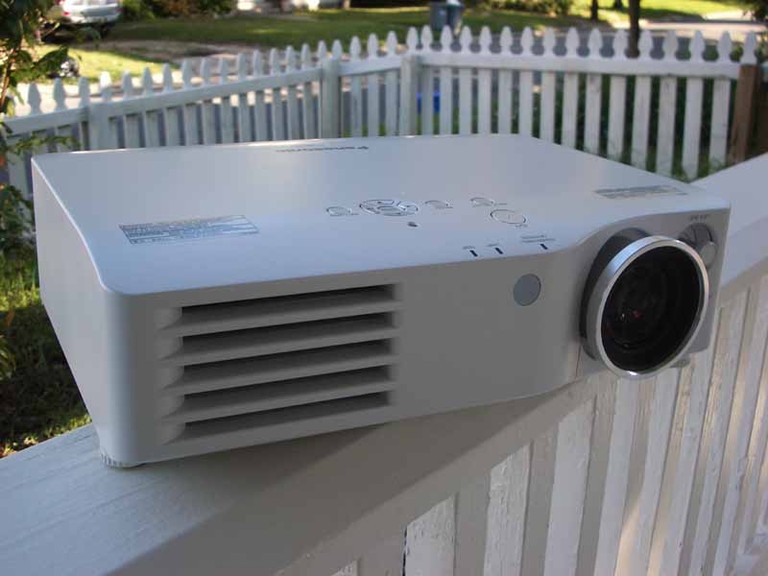 The budget-priced 720p PT-AX200U projector has several new features of Panasonic's incremental but impressive projector update – not the least of which involved a tantalizing gaming-centric mode which decreases lag and speeds up gameplay.
Next Page ⇨

Read the Complete Thread
TVJon posts on December 14, 2007 00:12
I have this PJ running in my almost-done media room. I like it a lot and have no issues with the machine. What I find most interesting (this is my first PJ) is how soft and low-resolution some of my old standard definition DVDs look on the “big screen.” I suppose that's what you get when you're actually looking what amounts to seven pixels per inch on a screen that's 8-feet across.. assuming 640 pixels horizontal resolution. The other thing watching on the big screen does is make me follow the rack focuses and notice soft camera shots more than I ever did on television.

The price you pay for watching DVDs REALLY big… and why I want to see the difference HD really makes.

Does anyone know which level of HDMI the AX200U supports? I've been reading about the advantages of 1.3 but haven't been able to track down what level this projector supports.

majorloser, post: 327349
So I take it you don't have any HDCP issues with the Dish-HD HDMI signal? If not, this might end up becoming my “spare” projector.

I “found” the review of this projector and followed the links to this forum. I am thinking of getting this projector to replace a 1995 vintage Sharp LCD projector. I also wonder about others having the HDCP issues.

I'm thinking of also getting the Denon 3808CI receiver. I bought one of the Toshiba HD-A2 HD DVD players at Wal-Mart the day of the big sale.

Does this sound like a reasonable system to everyone? Thanks in advance for responses.
majorloser posts on November 07, 2007 15:36

TOADSKI, post: 326635
I bought this for my new dedicated theater, Dish HD is amazing I dont have a a HD DVD but but christmas is coming. i can watch this with lights on if needed.
the cons to me are the 120 ft power cord supplied with the machine I need a 1 ft cord. For once a company gives a really long cord and I dont need it.
It worked great right out of the box.

So I take it you don't have any HDCP issues with the Dish-HD HDMI signal? If not, this might end up becoming my “spare” projector.
Audioholics posts on November 07, 2007 09:24
I'd be interested to hear from even more people who own this projector and see what they think or if they encountered any difficulties.
Post Reply