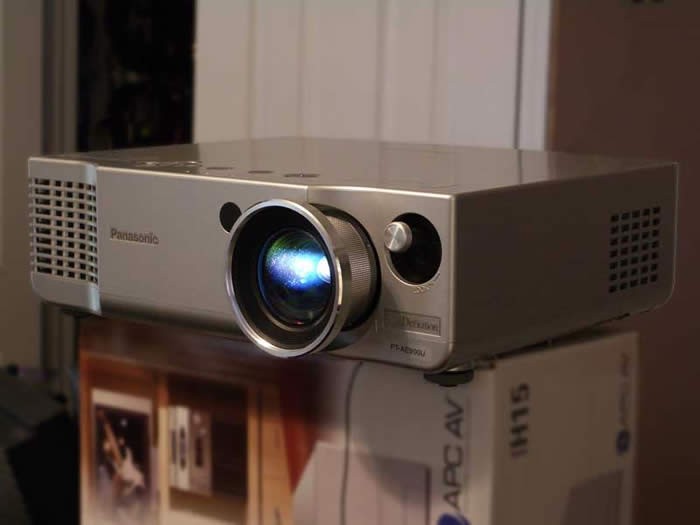 We got our first glimpse of the Panasonic PT-AE900U at this year's CEDIA Expo in Indianapolis. While the projector wasn't displaying picture at the booth, we were excited to see that it sported the new D-5 LCD panel and had a significantly improved contrast metric, a tweaked ANSI lumen output and dynamic iris optical system. What really, mattered, of course, was whether it outperformed the PT-AE700U.
Next Page ⇨

Read the Complete Thread
imrjones posts on February 07, 2008 16:37
Hello,
Is there any way I can do any manual adjustment to the picture on a Panasonic PT-AE900U? I get like a bit of a ghost image or blur around images on the screen and I have adjusted it from the lens but is there anything else I can do? Is there anything inside that I can adjust?
BMXTRIX posts on April 25, 2006 15:57
If you can put the projector ANYWHERE… Then I would look at where a typical mounting distance would be for projectors without as much versatility. Say, the InFocus IN76 or Optoma HD72. If those models are supposed to be 13 feet from the lens to the screen (or so) then that is where I would put the projector. That way, you are at least marginally sure that should you upgrade down the road you will be able to swap out the current projector for a new projector that may not have as much versatility in the setup.
docferdie posts on April 25, 2006 12:36
Thanks for the reply. As far as general installation is concerned, given the wide range of throw distances for a given screen size, is it better to mount this projector closer to the screen or as far back as possible, or does it not make a difference? Basement is still unfinished so this is my one shot to get it right.
BMXTRIX posts on April 24, 2006 22:41
I can't imagine that you would get that much from almost any projector over the current lineup of 720p $2Kish projectors on the market.

When I got my projector 3 years ago (Panny PT-L300U) the first thing I did was put it right under a $12,000 Runco projector. The Runco was a LITTLE bit brighter, had a little bit better image processing, colors were a tiny bit more accurate - and it was no less than five times as noisy.

The store manager walked in and said “Yep, that's why we don't sell those, they look way to go for the money.”

Bottom line is that there are very, VERY few projectors over $5K or $6K that I would recommend. Some of the 3-chip DLP models (Sim2) or the Sony Ruby (1080p SXRD).