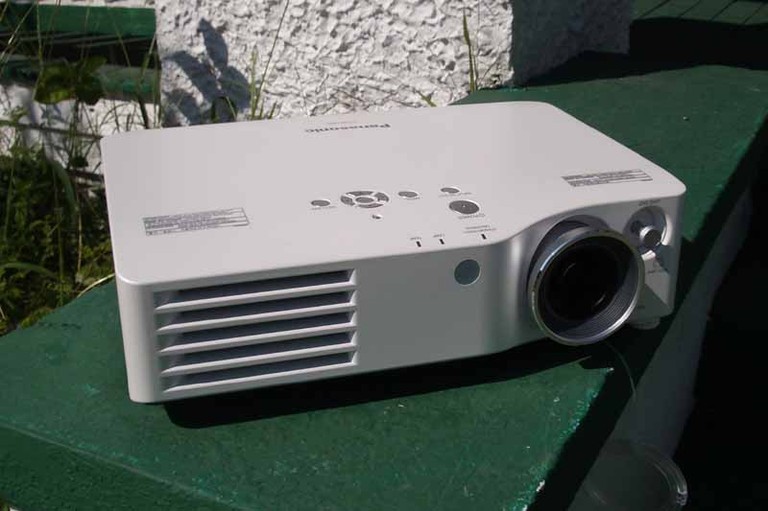 The PT-AX100U offers some updates to what was quite possibly the best-selling product of 2006. With smooth screen technology and a powerful lens shift, form meets function in this low cost high-performance projector.
Next Page ⇨

To be honest though, at this point and with the street prices of the 1080p panasonic projectors I would save up some more pennies and go with the 1080p to help ‘futureproof’ a bit. Either way , kick *** projector!
patnshan posts on December 07, 2007 16:28
I have the AX100U with about 550 hours on it. I have not had one problem with it at all. I can highly recommend it from my experience. The 200U would be the current model, and it seems to have had some of the problems others noted, corrected.

I was about to rush out and purchase a 100u but read on the Net very disturbing comments by several users who claimed that after +- 400 hours their machine developed the same problem …..shutting down and refusing to power-up….They each claimed that it was later found that there was a serious design flaw and faulted function with the iris. It was stated that Panasonic were very churlish about their problem and apparently weren't prepared to comment or admit that there was a design flaw in the operating of the iris.
Although each stated that when they worked they were excellent, each had the same bad experience and were met with a poor,uncaring response from Panasonic. They went on to strongly advise the readers to stay away from that model.
Can you comment on your experience,dispel these claims or confirm them?