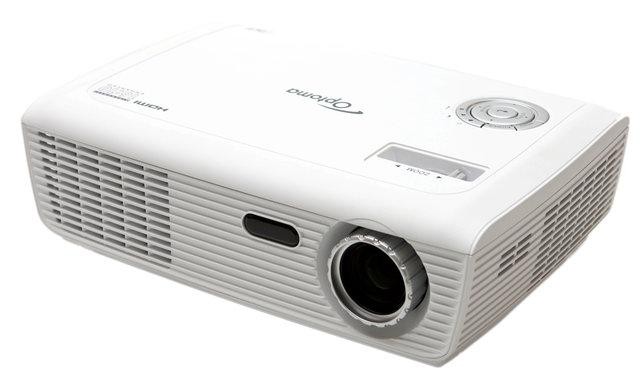 The Optoma HD66 is a 3D ready projector for those that are into 3D gaming. While Blu-ray and broadcast 3D are not supported, gaming is another story. And for $700, the HD66 is a 720p projector that has tons of setup features, a full suite of calibration controls, great color, and decent black levels. You may have to fiddle with it a bit to get the most out of it, but for a dedicated Audioholic, this is a great entry-level projector.
Next Page ⇨

The BD - 3D specs that were published earlier this year changed the playing field, and the industry is still playing catch up. The HD66 was released prior to the BD specs, so it does not meet those requirements. The HD66's 3D capability claim was based on its 120 Hz refresh rate and ability to handle the 3D signals used at that time and the use of active glasses.
BMXTRIX posts on July 08, 2010 11:12
The whole world of BD-3D is not getting properly addressed by projector manufacturers and it's extremely frustrating to see ANY projectors badged as ‘3D’ when the format that is garnering the most attention right now is the new BD-3D specification.

I do know that LG was showing off all of their 3D capable projectors at Infocomm hooked up to their 3D Blu-ray players at the show. I mean, EVERY projector which could do it was running Blu-ray, not the nVidia card and a PC. It was extremely cool to see them using sub $1,000 projectors with Blu-ray without any hiccups.

There are some great 720p projectors out there and the HD66 is a solid entry level projector, but I wouldn't buy it for the 3D aspect unless I was sticking with the nVidia card solution.

It sure would be nice to see some reviewers with nVidia cards, and some 3D BD players start to test and try out the new 3D projectors.
Clint DeBoer posts on July 08, 2010 10:04
These projectors are EXTREMELY finicky with how they do 3D. I had an Acer in for review several weeks back and it never truly worked correctly. I would have very little confidence in the HD66 working with any 3D BD player apart from its specific design parameters.
LXIX posts on July 07, 2010 13:54
In your review you go to great lengths to mention the fact that you can only use this projector with a PC for 3D.

Are you aware of the fact that the Panasonic BDT300 and BDT350 3D BD players can output their BD signal over HDMI in a checkerboard pattern? I am fairly certain that this will allow this projector to display a 3D image from a new format 3D BD disc.

I am guessing you would need to have a pair of 3D glasses with DLP link as well.