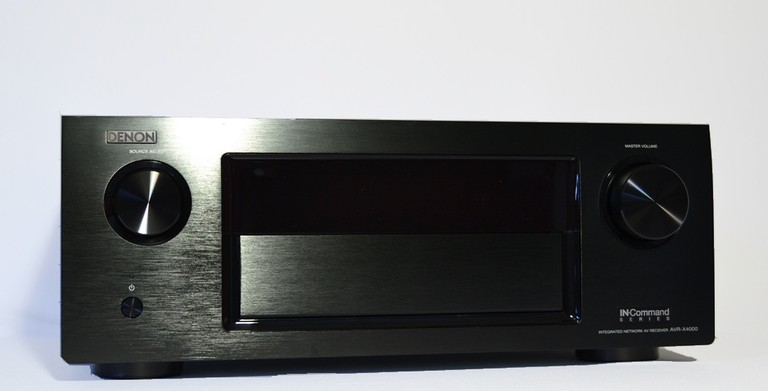 The Denon AVR-X4000 has been given the daunting task of replacing Denon's long standing 3000 series of receivers, the last of which was the AVR-3313CI. Said task is not easy, as the competition in the $1299 receiver price range is fierce, and more often than not brand new receiver lines are a step backwards in quality. However, much to our delight, Denon struck a perfect balance with the AVR-X4000. Some receiver manufacturers go feature happy with their models and forget to make sure each feature actually works well. Other receiver manufacturers can’t seem to keep up with the market and their products are consistently behind the curve. Denon, however, hit the nail on the head with this unit, including some new features not found on any Denon receiver (at any price point) in prior models. The AVR-X4000 packs all of the features expected at this price point (3D, HDMI/4k upscaling, assignable inputs, HDMI standby pass-though, ARC, etc, etc) while at the same time is audio centric enough to appeal to the audiophile, configurable enough for the custom installer, and feature laden enough for the Gen-Xer.

AirPlay, Spotify, direct iPod connection, control via mobile app or web browser, these are the types of features that 20 or 30 somethings care about. And, the X4000 supports them all. When you hit the “Network” button on the remote you are given a healthy list of streaming sources: Favorites, Internet Radio, SiriusXM, Pandora, Media Server (DLNA), flickr, and Spotify. It also supports AirPlay for people with Apple devices. As for control, Denon has an app for iOS and Android, as well as full control via web browser. On the front of the X4000 is a USB port for flash drives or iDevices. The craziest part, all of these features actually work well! Having all of these features isn’t out of the norm, but each feature (except maybe the web browser control) is polished, snappy, and reliable. And, for the first time ever on a Denon receiver, or any receiver to my knowledge, you can listen to any network audio source while watching any video source, including HDMI. Yes, this means you can rock out to Audioslave on Spotfiy and PwN nOoBs on Xbox Live AT THE SAME TIME! Or listen to sports radio while watching the mystical Joe Mauer in HD from your cable box. Even more magical is that every network model this year has this capability, including the $500 AVR-X1000. In addition, switching video sources on the fly is easy as well.

One other feature that might actually make all users happy is the inclusion of InstaPreview. InstaPreview brings up a row tiles on the screen that show what’s playing on other HDMI inputs. This is a neat feature if you switch between inputs often, and is starting to creep its way into the receiver marketplace. I’m not sure how useful it really is, but the X4000 adds one more option to make it more enticing. You can choose to show tiles of all of the HDMI inputs, or just one at a time. You can also change the position of the tile on the screen. So, if you set it to show a single tile, then you could use InstaPreview as a sort of picture-in-picture.

I believe most people won't notice a difference regardless. it is a feature that may make some people happier, but then those people probably don't believe in AVR to begin with.
dwaleke posts on March 04, 2014 13:03
There are a few sites that sell the X4000 for ~$899 shipped new.
Post Reply
See also:
About the author: