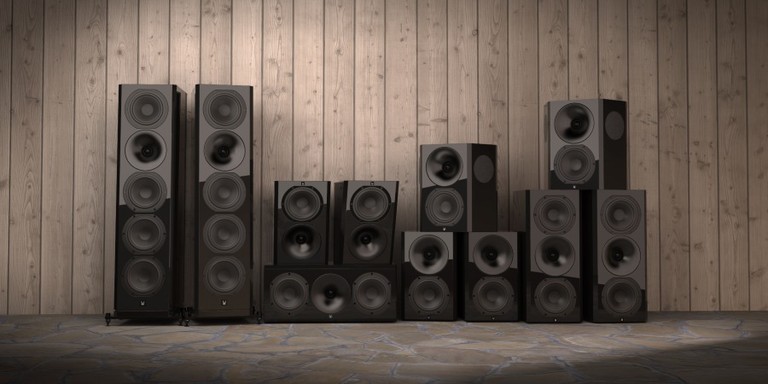 I may not live and breathe high-performance audio 24/7, but I do spend an awful lot of time reading about it. Long before I began writing for Audioholics, I enjoyed keeping my finger on the pulse of the audio industry — mostly 2-channel stuff, but some home theater too. Now I still read the magazines, watch the YouTube reviews, and go to the audio shows whenever possible. I like to think that I’m reasonably well informed about who makes the best gear, and it’s not too often that people get excited about a company that I’ve never even heard of. But that’s precisely what happened a couple of years ago when Shane Lee from the YouTube channel Spare Change posted a video about the 1723 S THX loudspeakers from Arendal Sound. At the time, the Norwegian company had not yet begun selling its speakers in the US, and I had zero clue what they were all about. As I looked into the company, it quickly became clear that these speakers were going to be of great interest to me. First of all, they were priced in what I consider to be a personal sweet spot: too expensive for the company to succeed if the speakers aren’t legit, but not so expensive that I can’t aspire to owning them one day. Secondly, they appeared to offer superb build-quality and styling, both of which are nearly as important as sound quality in my book. And finally, everyone in Europe was going nuts for them. In fact, the 1723 S Series 5.1-channel system won a prestigious EISA (Expert Imaging and Sound Association) award for Best Home Theater Speaker System, 2019-2020. Fast-forward to 2021, and the secret is out. In July, our own James Larson wrote a glowing review of the brand’s top stand-mount speaker, the $2,400 1723 Monitor THX. Terry Ellis from the excellent YouTube channel Pursuit Perfect System also sang the speaker’s praises in his own video review. The consensus seems to be that this Norwegian Wood is indeed very good.

THX? For music? Yes. This is a certification for performance and not a tuning mode we try to hit. All our products are designed for critical stereo listening with our DNA, with great dynamics. Then it will also be a great Home Theater speaker. The 1723 THX Series loudspeakers are the company’s top-of-the-line offerings, while the 1723 S THX speakers that Shane Lee reviewed are slightly scaled down in size, utilizing 6.5-inch woofers instead of the 8-inchers found in the larger speakers. All speakers in the 1723 and 1723 S ranges are timbre-matched to allow for maximal mix-and-match flexibility, and THX certification means that these speakers should kick ass in a home theater setting. There’s just one catch. What about height channels for Dolby Atmos, DTS:X, Auro-3D, and the like? The brand’s entry-level 1961 Series includes a height speaker, but it can’t keep up with the performance levels of the 1723 speakers. And so, in response to growing demand, the folks at Arendal Sound have developed the new 1723 Height S ($1,500/pair), which they humbly call “a worthy Atmos channel in the Hi-End surround category.” Mercifully, the 1723 Height S loudspeaker is not a reflective-style speaker — that is, one that sits on top of your main speakers and directs sound toward the ceiling so that it will bounce down to the listening position, approximating the effect of a speaker mounted in or on the ceiling. In practice, these “bouncy house” speakers, as they are sometimes unaffectionately called, simply don’t work as well as a real-deal height-channel speaker mounted up high. Reflective speakers are popular because they are more convenient to install, not because they deliver the best possible experience. Don’t get me wrong; they are better than nothing, and if you live in a rental where you’re not allowed to mount speakers to the walls or ceiling, and if those ceilings are flat, by all means, go for some bouncy house speakers. (Or, maybe, just consider sacrificing your security deposit.) But I digress. As I was saying, the Arendal 1723 Height S loudspeaker is not a reflective speaker. Instead, it is meant to be mounted onto the wall, right where it abuts the ceiling. The speaker features an angled baffle (at 20 degrees) that points the sound directly toward the listening position. Alternatively, the included VESA 100 mounting bracket kit can be used to mount the speaker to the ceiling “to match the original Atmos configurations,” according to Arendal Sound. This kind of flexibility is sure to win over customers (SVS fans will note that the form factor of the 1723 Height S is very similar to that of the wildly popular SVS Prime Elevation Speaker). Setting up this style of speaker is certainly less of an ordeal than installing in-ceiling speakers, but they should be able to replicate the gold-standard performance that ceiling-mounted speakers can deliver. The 1723 Height S features the same technical specs as the 1723 Bookshelf S THX speaker. It’s a 2-way design that mates a 6.5-inch woofer with Arendal’s signature wave-guided soft dome tweeter in a sealed HDF (high-density fiberboard) enclosure. Each speaker weighs a substantial 25 pounds, and comes with a confidence-inspiring 10-year warranty.

We proudly present the new 1723 Height S speaker for Atmos, or for any systems with elevation speakers. The Height S shares the same level of quality as the EISA award-winning 1723 S THX range. We believe the new 1723 Height S is the best of the best in the market. This is for serious multi-channel systems! 1723 Height S is technically identical to the 1723 Bookshelf S THX with same sound quality, and perfect timbre match to the rest of the 1723 Series. Put it on-wall or on-ceiling, for a superb multi-channel experience. Nearly everything in James Larson’s technical description of the drivers and crossover found in Arendal’s 1723 Monitor THX also applies to the 1723 Height S, the main difference being the size of the woofer. For a more in-depth look, I refer you to his 1723 Monitor THX review. Loaded within a custom-designed waveguide, the tweeter is a 1.1-inch synthetic soft dome made by Dr. Kurt Müeller. Arendal describes the tweeter as “very lightweight, totally pistonic to ultra-high frequencies, optimally damped, produced to exceedingly tight tolerances, and specifically chosen for its sweet sound character and consistent frequency response.” The size and shape of the waveguide are “the result of painstaking modeling, testing, and refinement.” The waveguide is said to deliver “a more consistent polar response across the tweeter's entire range, (providing) a close match to the dispersion pattern of the mid-bass driver it works with, simplifying the crossover design.” According to Arendal, the waveguide also increases efficiency (typically a 6dB gain), reduces distortion, and allows for a lower crossover frequency (1500Hz — about an octave lower than it would be without the waveguide). The 6.5-inch pulp fiber woofer is described as an “entirely bespoke design… optimized to cover a very wide frequency range from 1500Hz, down to the lowest bass notes without a hint of cone resonance.” The crossover employs heavy-gauge, low DCR air-core coils, metalized polypropylene capacitors, and high-power, low-inductance wire wound resistors.

Crossover design is a culmination of model, measure, listen, remodel, remeasure, re-listen, all while refining performance in increasingly small steps. This is the single most time consuming task in loudspeaker design, as it is the glue without which, even the best components can be made to sound disjointed and poor. Whilst all the attention and praise is shone on driver selection and design, the crossover plays the most critical role in delivering a smooth, seamless transitioning of the mid-woofer to the tweeter. Special attention must be paid to magnitude, phase, and polar response so that the transition is contiguous on and off axis. Arendal doesn’t skimp on the details. As on other 1723 speakers, the binding posts on the 1723 Height S are CNC-machined from solid copper, then plated in Rhodium to ensure excellent conductivity and corrosion resistance. The custom-made, magnetically-attached grills are made from acoustically transparent perforated metal, and wrapped in clean black cloth to soften the look and damp out any minute vibrations. The grills attach via unusually strong sub-surface Neodymium magnets that prevent unwanted movement and vibration in the grill, even when the speaker is reproducing very loud passages. The speakers are available in either black or white multi-layer high-quality satin paint. Arendal sells directly to the customer, and the $1,500/pair price includes both shipping and taxes. Because of the direct sales model, you can’t go audition Arendal speakers in a store, but you do get a better price, and a 60-day risk-free audition period. The 1723 Height S are available for purchase now directly from their website.

Bullroof, post: 1513878, member: 97144
Thanks for the input. I’m very impressed with the knowledge some people have on this forum. I ordered the 1723s. Will post again after I receive and listen to them thanks.

shadyJ, post: 1513513, member: 20472
The 60Xti is a 3-way floor-standing speaker using an AMT tweeter and very different tuning points as well as drivers. The 1723 Monitor is a 2-way stand-mount speaker with a horn-loaded dome and larger woofers.

For movies, I would give the 1723s the edge since it digs deeper in low-frequency extension. For music, that is tough to say but I might still swing for the 1723s. They are probably a bit more linear.

Thanks for the input. I’m very impressed with the knowledge some people have on this forum. I ordered the 1723s. Will post again after I receive and listen to them thanks.
shadyJ posts on October 29, 2021 13:13

Bullroof, post: 1513430, member: 97144
Would greatly appreciate if you could elaborate on what makes them so different. Would one be suited more for music or movies over the other?

The 60Xti is a 3-way floor-standing speaker using an AMT tweeter and very different tuning points as well as drivers. The 1723 Monitor is a 2-way stand-mount speaker with a horn-loaded dome and larger woofers.

For movies, I would give the 1723s the edge since it digs deeper in low-frequency extension. For music, that is tough to say but I might still swing for the 1723s. They are probably a bit more linear.
Bullroof posts on October 29, 2021 07:47

shadyJ, post: 1513419, member: 20472
Very different speakers. I suppose they are roughly comparable in that they are in the same price class.

Would greatly appreciate if you could elaborate on what makes them so different. Would one be suited more for music or movies over the other?
Post Reply