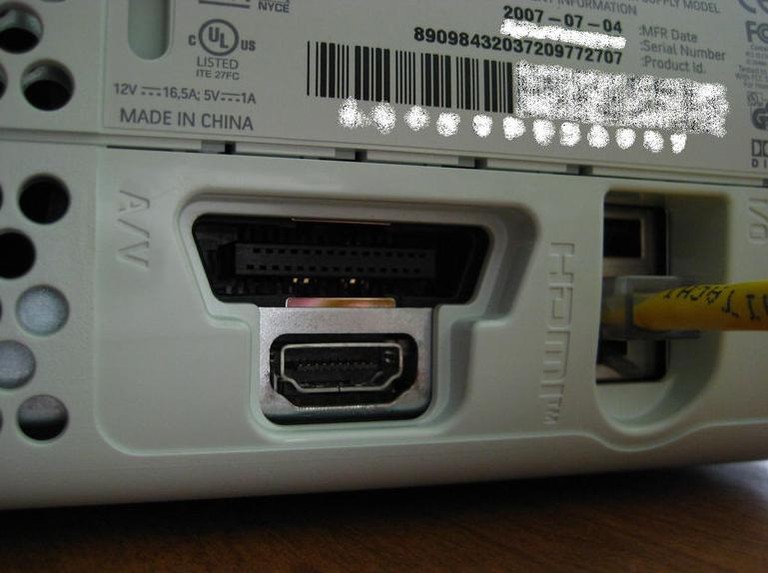 According to, oh just about any source out on the Internet (which scares us to be honest) Microsoft is putting HDMI on all new Xbox 360 Premium game consoles. The idea is that hardcore gamers are all starting use... gasp... digital display - most of which have HDMI inputs. Heck, I game in 1080p on a 100-inch screen in my dedicated theater room. With all the available HD content and high-resolution games it's a wonder it took this long to get the new video format on the gaming console.

What HASN'T been clarified is the nature of HDMI that is being implemented. Everyone is so happy to see HDMI on the Xbox 360, they have forgotten to ask the real questions such as whether it is HDMI 1.0, 1.1 or even 1.3a (doubtful due to the limiting architecture of the gaming console). What we are primarily concerned with is whether the HDMI output will allow better quality audio through the passing of multi-channel uncompressed PCM audio. Of course HDMI 1.3a would be nice as well, but since the system doesn't have an on-bpard HD DVD drive, it's not so clear whether this woudl truly allow for the pass-through of Dolby TrueHD or dts-HD Master Audio via HDMI 1.3a. We've sent out feelers to our contacts at Microsoft to see what might be the case, however for now the industry is awash in speculation - primarily due to Microsoft's silence on the topic.

With that said, to the best of our current knowledge and prying (subject to our in-0progress fact-checking), the new Premium consoles will have:

More news to come, wer're sure!

They are already trickling out according to reports. If you get a premium with HDMI you will probably be getting the newer 65nm chip…but there is a 45nm on the way .

Remind me to bring you a barf bag for the all night “Halo 3-A-Rama” after the Audioholics party.
GlocksRock posts on August 16, 2007 08:16
If you wait a bit longer, you may be able to get one with the new 65nm chips.
Post Reply