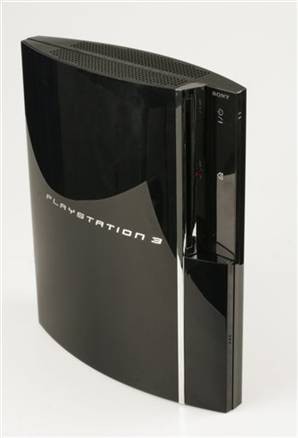 According to a recent Reuters report, Sony Corp. said today that it is pondering increasing the hard disk capacity on future models due to the growing demands for disc space the current models seem to be exhibiting among consumers.

The basic flavor of the PS3 comes with a rather limited 20 GB hard drive while the "advanced" model (also known as "the model everyone actually buys") comes with 60 GB of storage. Sony plans to discontinue the lower-capacity PS3 in North America shortly so get 'em while they're hot... or not.

Sony Computer Entertainment spokesman Satoshi Fukuoka is quoted as saying "For users who vigorously store (games and other entertainment content) in the PS3, 20-giga is probably going to be too small, and even 60-giga may not be big enough eventually." The PS3 stores a lot of game material on disc to speed up playback and access speeds, so my guess is gamers will want as many "giga" as they can "getta".

Sony also indicated that additional changes may be on the way, not all of them good. Users may want to gobble up PS3 units now, for fear that Sony actually starts to make some electronics cutbacks to curb their current $1.7 billion (yes, with a 'B') loss currently on the books for PS3. Sony stated that it would not pull back on the Cell processor or BD (Blu-ray Disc) drive or networking ability - but nearly everything else is fair game for either enhancements (plan on premium costs) or removal/downsizing (think memory/cache and possibly secondary chipsets.)

With the current losses Sony is seeing on this unit, it is no wonder they are investigating every possible way to either cut costs or make additional monies on premium options for the console. At some point they should be able to see the horizon (profits or black ink for you business people) but it may be a longer road than even they anticipated. Gaining marketshare is a tricky thing and you really have to be committed to the investment in order for it to succeed in the long run. Let's hope Sony is in it for the long haul.

Hopefully you mean PC gaming. Which I do also.

If you meant Wii…well…that system, to me, is gimicky and too far below my “emotional maturity level”. It holds zero interest after just a little bit, which isn't shocking since I am not in the target demographic, imo.
jonnythan posts on April 19, 2007 19:44
120GB SATA notebook drives run around $80 shipped online.
avaserfi posts on April 19, 2007 17:25
For the most part HD's are the cheapest component of the ps3. Its the other factors, the ones they are talking about cutting back on, not increasing like the HD, that are the pricey ones. Sony is shooting themselves in the foot by rereleasing a weaker version to replace the original. I think its a huge mistake that will make the more powerful versions nearly obsolete by limiting what the designers can do.
j_garcia posts on April 19, 2007 17:01
Checked the local shop on SATAs - prices were basically the same (120G - $100), but stuff goes on sale almost weekly with them, so deals can be had. Many of the largest HD manufacturers were founded and are located here in within a few miles - Western, Hitachi/IBM, Seagate, etc…
Post Reply