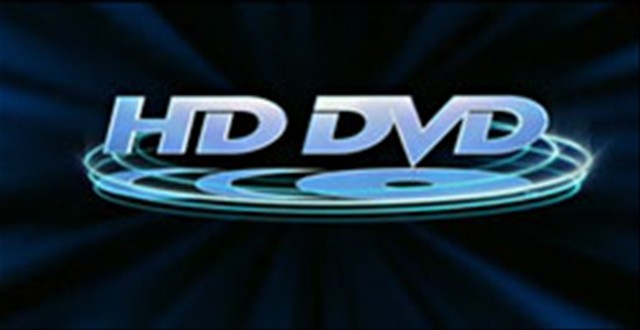 Warner's CES announcement of Blu-ray exclusivity has created quite an uproar in the media. Many claim that the HD war has been won by the Blu-ray camp. Does Warner really believe that Blu-ray is the consumer's real choice for high definition, disc based media? Do they think we want higher priced hardware or incomplete and changing specifications? Are the rumors of a $500 million payoff true?

Here at Audioholics, we see the rumors, we play with the hardware, and we feel the pain of a format war. And, from our personal experiences, it's clear that both HD DVD and Blu-ray can provide a fantastic audio and visual experience. Dare I say, an identical experience? Even so, with nearly 90,000 new sales of low cost HD DVD players on Black Friday 2007, there will surely be a large consumer backlash at the recent shift of power.

As such, we would like to point you to an independent Internet based petition to Warner, Paramount, and Universal Studios. It seems that there are quite a few fans of HD DVD left out there. As of this writing, nearly 20,000 have signed the petition, and there will certainly be more. If you are an HD DVD user, and the format is important to you, then this may be a way to make yourself heard.

Not only are the proponents of HD DVD actively seeking their own preservation, but on the other side of the battlefield there are people seeking its demise. Perhaps you feel that HD DVD truly isn't for you, and the war should end quickly. Is Blu-ray your choice? Yet another independent Internet petition exists, but with only 8,000 signatures at the time of this writing.

Will these petitions make a difference? We don't know. Of course, we may be on the verge of a new revolution of devices that will let us download HD content directly from the Internet, cable, and satellite providers. In 5 years, will bandwidth and content be so ubiquitous that physical media becomes obsolete? Only time will tell…

Buckeye_Nut, post: 363284
The customers have chosen, and the vast majority didn't choose HD-DVD.

Bingo! Any arguments to keep HD DVD around or winning or not compelling enough for me.

Even Amir Majidimehr stated on behalf of Microsoft that only they can get the most out of the VC-1 codec.

Well that's great with a small release schedule, but if everyone wanted to release on HD DVD you'd see a massive drop in releases with lossless audio and a massive drop in quality releases. There just wouldn't be enough time to spend making all the releases look good.

With 18 Mbps extra bandwidth and 20GB more space, Blu-ray is ready for mass market numbers. That's the long and the short of it.

Warner's Blu-ray Discs have outsold their HD DVD offerings throughout the entire 2007. Their decision was an easy one and shows that only propaganda artists would have you believe there are some inherent replication issues when it comes to Blu-ray.

More than half the “save HD DVD” signatures are jokes.

Keep in mind over 350,000 copies of “300” sold on Blu-ray.
stratman posts on January 29, 2008 19:47
As noble as this petition is, unless the hard numbers (sales+profits) climb nothing will change, Universal's Craig Kornblau said, “we will be watching consumer adoption very carefully,” in corporate speak this is simple: whatever format sells the most is where we are headed. Don't be fooled by noble gestures like petitions when you're dealing with a corporation with investors and a bottom line. Though I find the effort noble, unless HD DVD can pull a rabbit out of it's a**, it will be a tough sell to corporate rulers.
hyghwayman posts on January 27, 2008 17:03

The save HD DVD petition is over 29k, that is almost 3x the Let it Die petition!

shamus, post: 363297
I've ignored Audioholics biased view of the format war for quite sometime, but this is a little too much for me.
I've always come here for the great reviews, but with articles like this, I just don't trust this site anymore.

Please remove me from your membership.

lol! That was great. I didn't think anyone could have such a vested interest in the format war that they would get so upset they'd just quit being intelligent alltogether. Poor guy must have a hard time in life whenever anyone disagrees with him.
rmiller413 posts on January 25, 2008 08:07
Even if Toshiba stopped producing HD-DVD players today, and recalled all the remaining players from the market, the Blu-Ray manufacturers would still be competing with each other. It's not like the prices of DVD players stopped falling just because DIVX packed it in.

I'm still waiting for one of the formats to have more than a handful of movies I might want to watch. At this point that format is unlikely to be HD-DVD.
Post Reply