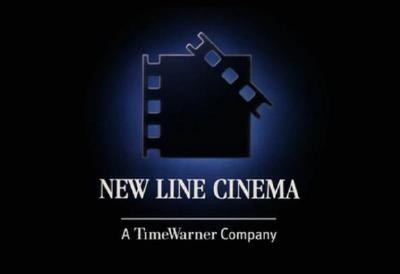 As expected, and according to a report at Variety, New Line Cinema has confirmed it will follow Warner Bros. lead in becoming Blu-ray only this year. New Line Cinema is a sister company to Warner and had indicated earlier that it would follow whatever lead Warner took in the format war. At this point in time that makes for a dramatically one-sided picture in the high-definition DVD format skirmish:

Paramount/DreamWorks were apparently paid $150 million (we're certain many Blu-ray studios were paid as well in one form or another, so don't feel that we're singling them out) for an 18-month exclusivity contract. This contract is up February, 2009. Of course, it is also possible to breach the contract and pay monetary penalties... The burning question in our mind is: What will HD DVD's next move be and will it be something that prolongs the format war, or makes it apparent that the tide has shifted?

All in all, it's still like watching two ants fight over a piece of toast when the loaf is being carried off by grasshoppers - but, much like a good wildlife shows, it's almost impossible to take your eyes off the action.

acacia987, post: 353748
well if your comparing fruit yes… but shouldn't we be comparing PQ? Everyone in this forum is smart enough to look past the fruit. HD dog poop at the end of the day is still dog poop…. im not sure how that relates, but i think it proves my point…

Thus far, more BD titles have impressed me than HD DVD titles in terms of video, though there are titles that are just as good as the best ones on BD to my eyes.

Nobody is saying the media is the problem, and as with ANY format, the quality of the mastering/original will have a big effect on the end - result good or bad. I do have to say I am less impressed with the A2 from a hardware standpoint than the typical $200 DVD player though.
stratman posts on January 07, 2008 15:13
Keep an eye on the economy, that will be the litmus test of where the formats will end.
rgriffin25 posts on January 07, 2008 15:10
Most people spending close to $2000 or more on a TV are very willing to buy a HD player at $300-400. Icing on the cake if you will. The fact remains that people want content to show off their new HDTV, and now since WB, New Line and HBO have joined the exclusive BD ranks it only strengthens consumer adoption of Blu-ray.

(It wasn't until the late 90's that a good VCR could be found for less than $300and people were buying them.)
acacia987 posts on January 07, 2008 14:37
well if your comparing fruit yes… but shouldn't we be comparing PQ? Everyone in this forum is smart enough to look past the fruit. HD dog poop at the end of the day is still dog poop…. im not sure how that relates, but i think it proves my point…
Post Reply