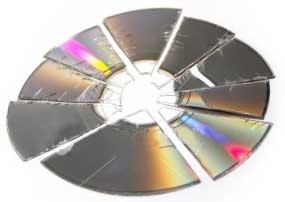 I'm not typically a doom and gloom kind of guy - really, I'm rather optimistic. But this pending format release/war is simply the most ridiculous thing I've seen in a long time. The hype machine is entirely enthusiast-created and since that day I realized Steve Jobs could sell a fart provided he sued a public Mac forum for talking about it before its release, I began to understand the power of public mania.

There are a number of reasons why the new high definition DVD formats have already failed and I'll gladly go over some of them in this article. I am not a soothsayer, but I do study the industry - and at times, sit back and take assessment of what's happening from both a consumer and manufacturer perspective.

Without any further ado, here are the reasons HD DVD and Blu-ray Disc will never turn into the dominant formats for digital media viewing:

So, while I certainly hope for the best, that's my story and I'm stickin' to it. High definition is headed for a niche market at best, not an industry takeover.

[ Discuss This Article in Our Forums and Give Your Opinion ]

Editor's Note: We've added some footnotes for some odd commentary we've been seeing around the net in criticism of some of our article's statements.