Record Labels are a Mob 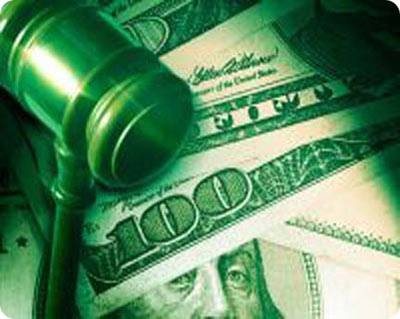 In what can be only thought of as the perfect example of "turnabout is fair play," Tanya Anderson is suing major record labels and others under the RICO laws usually reserved for the Mob and street gang members according to an article in TG Daily. The former RIAA defendant had her case dismissed with prejudice (meaning they can't sue her again for the same reason) and has decided to drag them right back into court.

Once a defendant for downloading music on a peer-to-peer network, she's now on the attack and suing the RIAA, Atlantic Recording, Priority Records, Capital Records, UMG Recordings, BMG Music, the RIAA's Settlement Center, and Media Sentry under state and federal RICO (Racketeer Influenced and Corruption Act) statutes and the Computer Fraud and Abuse Act. Or as we say around here - she's stickin' it to the man. Her case alleges that the RIAA's tactics intimidated downloader's into settling with them through threats and only a 10 day period to answer their settlement offer.

The real problem with the RIAA's case against Anderson was that they failed to find any real evidence that she'd ever downloaded anything! With the dismissal with prejudice, Anderson can try to recoup her attorney and court fees while the RIAA can no longer seek to pursue copyright infringement claims. Her countersuit seems to do that and much more. Ms. Anderson may have been a case of mistaken identity (or maybe she really did download all the gangsta rap) but for sure there are a lot of file sharers out there that are guilty. But that doesn't give any large company with deep pockets the right to push around common people. Our rights need protecting as much as recording artists and if this is what it takes to make sure that the RIAA (and others) double check their facts before dragging people into court, so be it.

Read the Complete Thread
avaserfi posts on June 28, 2007 15:45
Glad to hear someone is as you put “stickin it to the man” some of the RIAA practices have been down right disgusting. There is a reason some universities are encouraging students not to pay these “fines” and keeping actual identities a secret while offering real legal advise for students rather than the RIAA scam which is screwing over everyone.

While downloading is a problem just a big a problem are the large corporations fighting back by trying to get everyone even the innocent. Hopefully she wins and the RIAA has to check facts before intimidating although unlikely.
Post Reply