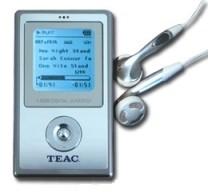 Subtitle: What the RIAA Can Learn from "Them Pesky Kids"

In an amazing act of ingenuity, daring and trend-setting acuity, the Music industry is starting to experiment with... wait for it... selling MP3s online direct to consumers.

Yes, the same industry that wants to sue little old ladies for downloading MP3s over the Internet are now taking a half-decade-too-late crack at actually selling MP3s to consumers. This incredible use of brainpower, aside from being over 5 years too late, is yet another indication of the rapid series of nails being placed in the coffin of traditional music publishing and purchasing. In an article published in the Mercury News (speaking of industries heading downhill fast) it appears as if some of the online storefronts, such as Yahoo! Music are all but forcing major labels to reconsider their perpetual aversion to online distribution of music. EMI spokesman Adam Grossberg indicated that the company is looking at a number of different ways of delivering digital music in 2007, saying "We're very open-minded about experimenting". How daring! Of course, Mr. Grossberg declined to say whether the company would actually test selling in the MP3 format this coming year. Perhaps they are considering something more progressive such as mail order or in-home LP-lathe machines.

Interestingly regarding the above, Mr Doherty said the current situation was "stupid" while Mike Smith, managing director of Columbia Records UK, predicted that the rights management regime would be gone within a year.

Good riddance. Thank you, drive through.

What can we gather from all of this? Nothing, really. The record industry has been running it's particular flavor of extortion-ridden business practices far too long to begin making optimistic predictions now. Here are some things that, while a refreshing change, would be very surprising indeed to see coming from a dinosaur industry in love with itself and entrenched in decades-old business practices:

Now for a very easy-to-implement and "so-obvious-you-people-must-be-idiots" idea. Stop complaining about how unprotected the CD format is and use a format that is more protected and has been around for more than decade: DVD and DTS. In the current environment of high definition and multimedia, why on earth should people pay $13 or more for a disc that only has stereo audio? Ridiculous.

You may not want to produce multi-million dollar music videos for every track on an album, but putting some HD cameras in the studios and recording the studio process for inclusion as a video track on DVD is a no-brainer. Studios also need to begin forcing recording engineers to produce surround sound mixes.

Stop compressing the heck out of your tracks. They sound like crap and the radio stations can do this for you. If you MUST compress them, do it as a separate mix and don't include this on CDs or DVDs.

This isn't brain surgery people. Only the RIAA thinks that a CD can compete with a multi-track surround sound 4-hour DVD that sells for $15 at Wal-mart. Get a clue. Start making DVDs and obsolete the CD, and thus your problem. And DTS? No one can do much with that format and DVDs are much more difficult for Joe consumer to "rip, mix and burn" than CD. By default you wil have given yourself one more layer of protection. Determined to stick with audio-only? Where were you when DVD-Audio and SACD were coming to market? Those formats are both still fairly secure.

Want more? Get on the HD-DVD bandwagon. Now you're talking about tracks that are already DRM-protected and charging $20 will compete very well with a $35 movie.

Or you can continue to try pimping $15 CDs to consumers who are rapidly tiring of your products.

But what do I know?