Wal-mart Cutting Back on CD Sales? 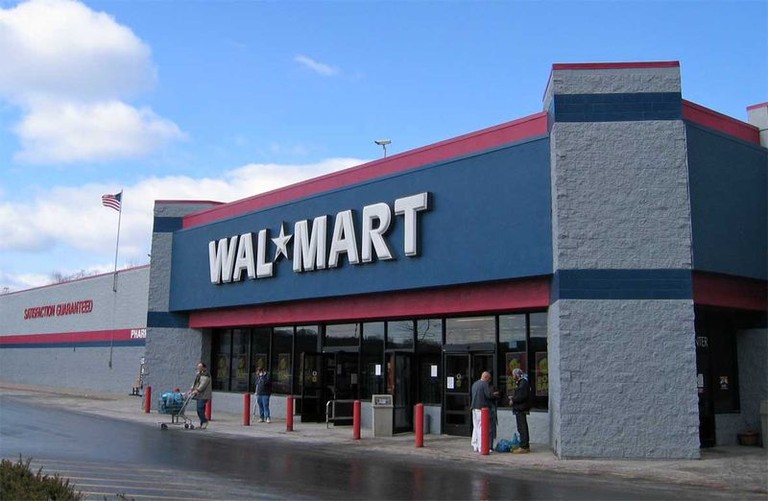 According to a guy who knows a guy whose cousin married a stockholder who sits on the board of a former roommate of a guy who hangs out at Wal-mart... the store seems to be cutting back 500 feet of CD shelf space to make room for iPod accessories. This makes a couple of statements:

This move should make the RIAA squirm, however it is uncertain what the real or practical result will be. If past history is any indication, the record industry will be reactive instead of proactive and the market will simply force its hand over time as it always has.

I for one am looking forward to the day music either takes a dramatic leap forward in technology or moves to a different medium altogether. The way it exists now, industry moguls are stuck between a rock and a hard place:

A possible solution? As always a two-fold approach: online music for MP3 players and people who don't care, and high resolution protected music for everyone else. Too bad they are again letting a pair of protected formats (BD and HD DVD) slip by. The failure to latch onto the well-protected DVD-Audio and SACD formats eluded me - and it looks like they are simply doing it again - and will continue to do so until they are forced to acknowledge a different, less effective move.

Read the Complete Thread
Haoleb posts on April 24, 2007 15:47
The protected content of most media is more of a nuisnance than anything else. First, If someone can invent a new way to protect it, Someone else can just as easily invent a way to crack it.

All it really leaves us with is something we paid for that wont work on half of our electronic devices and we cannot do with what we please. Its like trying to put some HDCP crap on a book. Whats the point.

Perhaps we should just go back to vinyl records. Considering they arent as easy to copy as cd's are. Think about it. I can copy a HDCP locked down disc the same way I would copy a record. At some point in the chain the signal will have to be converted to analog because our brains do not recieve digital information.

uh oh….. that brings up another idea. What if someday we have HDMI plugs on the back of our heads with feeds direct to the brain for a secure digital connection?
avaserfi posts on April 24, 2007 15:36
I cannot quiet remember where I read this, probably the front page of audioholics but I remember reading somewhere that Sony was planning on releasing a “Bluray+” which specifically watermarked each disc so they could trace rips etc…

So it is being tried.
stratman posts on April 24, 2007 15:12
I have an upcoming article as presented by Dan Glickman, MPAA Chairman and CEO on Digital Rights Management, it's a little eye opening, for it clearly shows where Hollywood, the electronics community, the music industry are being pushed by the so-called “realities” of the day, according to the MPAA.
Stay tuned.
westcott posts on April 24, 2007 14:59
I think the movie industry and the music industry is waiting for HDCP compliant AV receivers with HDMI 1.3 to become readily available and present in the majority of the market place.

Until digital connections are fully protected and the analog hole is closed, we will not see any HD Audio or HD classic movie content of any real substance. This could take another year or two, at least.

There would be riots in the streets today with so many non compliant displays and AV receivers already purchased in the recent past, should they decide to fully implement HDCP.

P.S. Copyright protection is a falacy that the movie and music industry still cling to although every sofware attempt to prevent it has failed and will fail. They never learn. I have an idea for them. Require that all music be recorded on blank CD\DVDs that are supplied by the content providers that are made nearly impossible to counterfeit like American paper money. A hologram or watermark technique.
birdonthebeach posts on April 24, 2007 14:07
man, where do you get this stuff??!! What a story!!
Post Reply