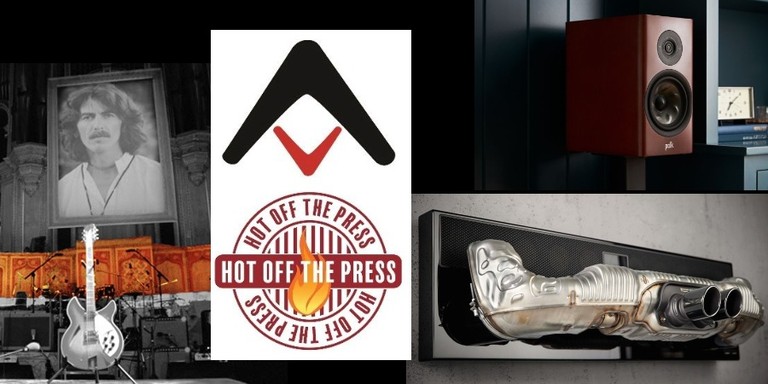 To celebrate 50 years in the audio industry, Polk Audio has introduced the limited-edition R200AE 50th Anniversary Edition bookshelf speaker. Limited to 1,000 pairs worldwide, the R200AE is based on the original R200, which Polk calls its “most celebrated speaker in recent years.” Those familiar with the original will easily spot the upgraded aesthetics on the Anniversary Edition, which is clad in a real, oiled cherry wood veneer. Its rear panel sports premium 24K gold-plated five-way binding posts and a  serialized commemorative plaque, laser-etched with Matthew Polk's signature. The speakers offer the same acoustic performance as the original R200, integrating acoustic innovations found in the flagship Legend Series, such as a 1-inch Pinnacle ring radiator tweeter with a unique waveguide, a 6.5-inch Turbine Cone Woofer, and Polk's proprietary X-Port, which “uses specially tuned eigentone filters to cancel out unwanted resonances.” Some critical crossover components have been upgraded for the Anniversary Edition, though Polk doesn’t say what sonic improvements might be realized through these upgrades. The R200AE 50th Anniversary Edition loudspeaker is available to purchase now for $1,299 per pair.

Check out our review of the Polk R700s which were among our favorite towers for 2022. Porsche Design has a new soundbar for hardcore Porsche fans with questionable taste in interior design and $12,000 to spare. Joking aside, the limited-edition Porsche 911 Soundbar 2.0 Pro is made from the exhaust system of a Porsche 992 GT3, and certainly makes a design statement. The 300-watt system features a 2.1.2-channel speaker configuration, Dolby Atmos support, 4K-compatible HDMI ports, and wireless connectivity via Apple AirPlay 2, Google Chromecast, Spotify Connect, and Bluetooth 5.0. Limited to just 500 units, the Porsche 911 Soundbar 2.0 Pro might not fly off the shelves this holiday season, owing to its niche appeal and hefty $12,000 price, but interested Porsche fanatics can pre-order the soundbar now. Unlike a typical soundbar, the Porsche 911 Soundbar 2.0 Pro isn’t likely to blend in to your home decor or hide beneath your TV.  At 59 inches wide and 18 inches tall, the 911 Soundbar 2.0 Pro is designed to be hung on the wall like a piece of art — assuming your walls can handle its substantial 143-pound weight. A base is also provided so the soundbar can be placed on a piece of furniture. Made in Germany. On November 29th, 2001, George Harrison passed away. Exactly one year later, Olivia Harrison and Eric Clapton invited George’s closest friends and collaborators to celebrate his life and music with a tribute concert held at London’s Royal Albert Hall. The Concert for George featured George’s own songs, as well as other music he loved, performed by incredible artists including Eric Clapton, Paul McCartney, Ringo Starr, Tom Petty and the Heartbreakers, Jeff Lynne, Billy Preston, and Ravi Shankar. The Monty Python crew performed some of George’s favorite sketches, including the Lumberjack song. (George was friends with the famous comedy group, and even funded the production of the Monty Python movie Life of Brian.) The concert was filmed in HD. Now, to celebrate the 20th anniversary of the event, there will be global theatrical screenings of the concert for one night only, on November 29th, 2022. With remastered video and a new immersive Dolby Atmos mix, the concert also features a new introduction from Olivia and Dhani Harrison. Find tickets by clicking here.

The concert is also being released for purchase in a variety of formats, including a “Deluxe Limited Edition” box set, a 4-LP box set,  a 2-CD + 2-DVD combo pack, a 2-CD + 2-Blu-ray combo pack, a double CD, and a digital download. To learn more about the various formats available for purchase, click here. Proceeds form the sale of these products will support The Material World Foundation, a charity established by George in 1973 in conjunction with the release of his album Living in the Material World. The mission of the foundation is to “encourage the exploration of alternate and diverse forms of artistic expression, life views, and philosophies, (and) to support established charities and people with special needs.”

See also:
About the author: