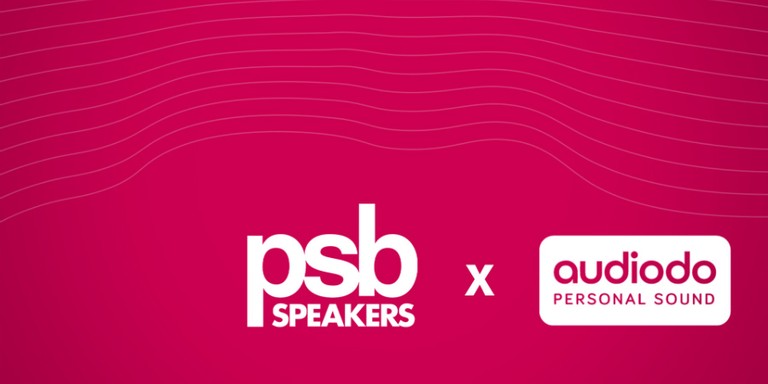 Loudspeaker designers face an awful lot of uncertainty. They don’t know what their potential customers will be using for source components and amplification, nor do they know what kind of music will be played on their creations. And then there’s the 800-pound gorilla of uncertainty that is the listening room. How big is it? What kind of materials is it made from? How is it furnished? Where will the listener be sitting, and where will the speakers themselves be positioned in the room? All of these unknowns require the loudspeaker designer to make an untold number of educated guesses and design compromises in the hopes that the final product will be successful in the largest possible variety of rooms. Conventional wisdom tells us that headphone designers, on the other hand, operate on a more level playing field. Without the room to contend with, a headphone user can hear exactly what the designer heard. Any given headphone design should sound the same to every potential customer, right? Not exactly. The most obvious challenge that headphone designers must contend with is getting the fit right. I doubt most loudspeaker designers spend much time thinking about the shape of their customers’ heads, or the size of their ears. But small differences in these areas can change the way a headphone fits, and that in turn will invariably change the way it sounds. Beyond the question of fit, these anatomical differences also contribute to each individual’s head-related transfer function (HRTF), which characterizes how an ear receives a sound from a point in space. As a sound strikes the listener, that sound is affected by a number of variables, including the size and shape of the listener’s head, ears, ear canal, nasal cavity, and oral cavity, not to mention the overall density of the listener’s head. All of these variables transform the sound and change how it is perceived, boosting some frequencies and attenuating others. That’s HRTF in a nutshell. These variations in sound perception are ignored by most audio equipment manufacturers, either because they are not deemed important enough to address, or because doing so is extremely complex. But in the last decade or so, a handful of companies in the headphone world — including brand-new startups and established market-leaders alike — have begun to see the potential in the business of personalizing sound. One of the newcomers in this market is the Swedish audio personalization company Audiodo, which has just announced a partnership with PSB to develop at least one yet-to-be-announced headphone product.

No two people hear the same things in the same ways. Even hearing perception between the left and right ears of the same person can differ.

Headquartered in Malmö, Sweden, Audiodo was founded in 2016 but claims to have “over 30 years of specialized and cutting-edge knowledge of hearing calibration, personal profile calculation, and audio processing algorithms” at its disposal. The company has used this expertise to develop a DSP-based solution called Audiodo Personal Sound, which is billed as “one of the most advanced audio personalization technologies currently available in consumer electronics.” According to Audiodo, many factors affect hearing. Not only are the shape and size of the ears and ear canals unique to each individual, but so are each listener’s neurological patterns. And if the sensory hair cells of the inner ear have been damaged by loud noise exposure or infection, these tiny physical changes can have a major impact on the way a listener perceives sound. On top of these variations, we all have personal preferences. Even if a given headphone sounds the same to you and me, that doesn’t mean we’ll both have the same opinion about whether it sounds good. One thing is for sure: this sounds like a lot to tackle for the folks at Audiodo. But the company says that its team has extensive experience with acoustical algorithms, and is confident that the “power of digital signal processing (can) provide every music lover with sound quality that has been perfected for them.” It bodes well for Audiodo that Paul Barton, the renowned acoustics designer and living legend behind PSB Speakers, is convinced that Audiodo’s Personal Sound algorithms are the real deal. I can’t think of anyone in the audio industry with more experience combining scientific data and objective measurements with subjective feedback from actual human listeners to produce consistently great-sounding audio products. In the 1970s, Barton was part of the ground-breaking Athena Project, led by Dr. Floyd Toole at Canada’s famed National Research Council. In the intervening decades, he has championed the belief that human perception of sound is just as important as the measurable properties and behaviors of sound when designing audio products. Previous headphones from PSB (and its sister brand, NAD) have incorporated Barton’s understanding of psychoacoustic principles through a technology called RoomFeel, the purpose of which is to avoid the artificially “inside your head” sound of regular headphones, and instead make the music sound as if it’s being played back via a pair of high-performance loudspeakers in a good-sounding room. PSB’s next generation of headphones will presumably keep this feature but will also offer Audiodo’s Personal Sound technology, which will allow users to calibrate the headphones to their unique hearing perception. According to the two companies, the technology will use a series of audio tests and questions to create a personal hearing profile that “compensates for anomalies in sound perception and hearing abilities, allowing an individual to experience, unimpeded, the True-to-Nature sound signature PSB is known for.” This partnership marks the first time that Audiodo’s technology will appear in a high fidelity product. I’d definitely call that an auspicious start for Audiodo.

There’s a saying in high fidelity audio about ‘revealing sound,’ meaning that a speaker has achieved high levels of accuracy and a listener will hear details in music that they hadn’t heard before. This collaboration with Audiodo is really exciting since it will enhance the listening experience so much more – in a way, revealing how revealing our (headphones) can be. To provide some context, I think it’s worth pointing out that PSB and Audiodo are not the first to attempt to deliver a personalized headphone experience. Back in 2015, Quincy Jones lent his name and prestige to AKG’s N90Q headphones, which Jones said would “offer the listener such exact sound and customization that you will believe you are in a professional recording studio.” The headphones used a Harman-developed technology called TruNote to “automatically and precisely” calibrate the sound based on the user’s anatomy. Despite being touted as the world’s first headphone with personalized sound, and despite the celebrity endorsement, the N90Q was not a massive hit. Perhaps the $1,500 asking price was to blame. In 2016, a new company called Ossic, which was founded by veterans of Pioneer and Logitech, launched a crowd-funding campaign for a new headphone called the Ossic X, which promised HRTF-based personalization and a number of other advanced features aimed at gamers and early adopters of virtual reality. But after raising $3.2 million on Kickstarter and Indiegogo, the company went bust in 2018, and never delivered on its promises. In that same year, an Australian company called Nura introduced a headphone called the Nuraphone at CES 2018 in Las Vegas. The $399 Nuraphone “plays a range of tones into the ear, and then measures a very faint sound that your ear generates in response to these tones called the Otoacoustic Emission (OAE). This tiny signal originates in the cochlea and vibrates the ear drum, turning it into a speaker and playing sound back out of your ear. Encoded in the returning sound wave is information about how well you heard the sound that went in.” Nura hasn’t hit it big in the US as of yet, but is still in business offering two headphone models. Another new company that arrived on the headphone scene in 2018 was the Brooklyn-based startup Even, which created a technology called EarPrint. The company describes EarPrint as being like “glasses for your ears.” It tests your hearing at eight different frequencies, ranging from 125hz to 14Khz, in each ear. Using this information, a personal hearing profile is created. The tech then uses a patented compensation algorithm to adjust the frequency response of your music accordingly. Even started off with three different headphones, but is currently offering just one headphone model featuring EarPrint, the $100 Even H4.

More recently, Sony added a personalized sound feature to its Sony Headphones Connect mobile app. Users tell the app which Sony headphones they are using, and the app can apply a specialized EQ tailored to those headphones. To take things a step farther, users can also upload photos of their ears, and the app uses these images to analyze each listener’s unique hearing characteristics. An algorithm within the app can then make personalized adjustments to the sound. The Soundcore Anker Liberty 2 Pro IEM's (recipient of our 2020 POY Award) measures your hearing acuity and derives an EQ curve customized to how well you hear the test tones. It will be interesting to see how Audiodo’s Personal Sound technology will be different from these existing approaches to personalized headphone sound, and whether the collaboration with PSB will yield a truly breakthrough product. Will PSB and Audiodo succeed in bringing personalized audio to the masses? Share your thoughts in the related forum thread below.