Paramount and Dreamworks Animation Side with HD DVD 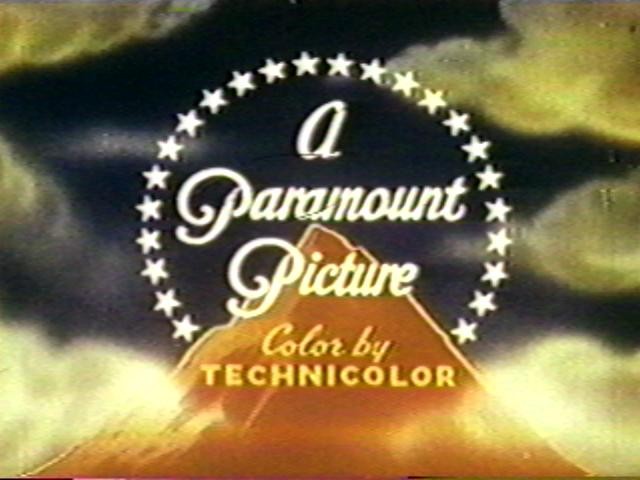 Tag! You're it! Paramount and DreamWorks Animation have each declared exclusive Support for HD DVD in a wonderful example of how to extend a format war to its absolute limits. From a business standpoint I'm not certain I understand the business model at all - being that I feel it is inherently flawed from the onset. I suppose if all studios picked the same format to win - then there wouldn't be a format war... At this point it's almost infuriating when studios now refuse to either jump all on one format, or decide to produce for both formats.

Add to that the fact that this is a very unexpected move considering that recent sales figures indicate Blu-ray Discs (BD) appearing to have a 2 to 1 sales lead at the present time, the studio has dropped BD for future releases including the upcoming release of Shrek the Third.  The move will include all movies distributed by Paramount Pictures, DreamWorks Pictures, Paramount Vantage, Nickelodeon Movies and MTV Films, and DreamWorks Animation, all of which are distributed through Paramount Home Entertainment.

Consumers simply cannot win with the current state of affairs.

Movies Distributed by Paramount Home Entertainment including Paramount Pictures, DreamWorks Animation SKG, DreamWorks Pictures, Paramount Vantage, Nickelodeon Movies and MTV Films are to be Released Exclusively in HD DVD. The exclusive program will begin with the release of Blades of Glory, followed by Transformers and Shrek the Third. Combined, these three films represent over $1.5 billion in combined worldwide box office receipts.

The companies each said that the decision to distribute exclusively in the HD DVD format resulted from an extensive evaluation of current market offerings, which "confirmed the clear benefits of HD DVD, particularly its market-ready technology and lower manufacturing costs." Why any studio would care about the additional manufacturing costs when the price of the end product is almost double that of a DVD is beyond me.

According to an article on Forbes.com Brad Grey, Chairman and CEO of Paramount Pictures said "The combination of Paramount and DreamWorks Animation brings a critical mass of current box office hits to consumers with a line-up of live action and animated films that are perfect for HD DVD." Paramount is currently the leading studio in domestic box office receipts. He continued, "Part of our vision is to aggressively extend our movies beyond the theater, and deliver the quality and features that appeal to our audience. I believe HD DVD is not only the affordable high quality choice for consumers, but also the smart choice for Paramount."

So Paramount decided to release Shrek the Third and other DreamWorks Animation titles exclusively on HD DVD because they "believe it is the best format to bring high quality home entertainment to a key segment of our audience -- families." This according to DreamWorks Animation CEO, Jeffrey Katzenberg. He truly believes that lower-priced hardware and more than enough titles will win consumers to HD DVD over the holidays.

What wasn't mentioned as prominently was that the deal excludes movies directed by Steven Spielberg, which will not be exclusive to either format.

The announcement concluded with more pro-HD DVD hype trying to push that format over its rival. Meanwhile consumers are stuck with two formats which are ultimately the same in terms of quality and features. The only real differences at this point are that one enjoys wider studio support and has higher hardware costs and the other enjoys cheaper manufacturing costs but has less studio support.

The Blu-ray Disc Association (BDA) has long asserted that its Blu-ray (BD) format is superior to the rival HD DVD format, and BD’s "revolutionary" buzz has understandably caught the fancy of certain technologists. But CEOs should be wary, because what the BDA does not sufficiently address is what lies behind those assertions. The numbers are stark: manufacturing BD discs will require an estimated US$1.7 million cost per manufacturing line. Per line!

Then, each major manufacturing facility would require the implementation of a minimum of two mastering systems, at a minimum cost of US$2 million per system. DVD, at the height of its success, resulted in an estimated 600 manufacturing lines globally. Even allowing for a decline in systems costs over time as the manufacturing base expanded, the tab for radically overhauling the media manufacturing industry would approach a billion dollars worldwide or more. Already-beleaguered CFOs will be challenged to raise—and risk—this significant amount of capital.

Compare this to the estimated cost of retooling for the HD DVD format compared to BD. HD DVD is able to utilize virtually the entire existing manufacturing infrastructure. The cost of upgrading an existing DVD line is about US$150,000—less than a tenth the cost of a BD line. A DVD mastering system can be upgraded for US$145,000. Basically, HD DVD is a DVD-9—a version of DVD we have enormous manufacturing experience with already—with a denser pit structure.

Once people realize the hidden costs of the Blu-ray format, they will also realize the extent to which it actually endangers their very industry.

Blu-ray is the Emperor’s New Clothes—it advances the agendas of a few select companies instead of the markets and that of the consumer. No one—the studios, the disc manufacturers, the consumer electronics manufacturers—can afford a format war today.

We at Audioholics are pulling our hair out over the apparent back and forth dogma and marketing-speak coming out of both companies. Not in surprise, but because the situation is so predictable and obvious from the outside. It's going to take a proverbial miracle for these formats not to die a niche-market death and it seems that stubbornness and greed are driving both formats with the consumer caught squarely in the middle.

The key underlying issue could be the less expensive manufacturing process inherent in HD DVD discs. While BD discs cost extra to manufacture, HD DVD is making more profits in the software - where the main concern lies for studios. Since studios have mostly demonstrated an inability to be forward or future-thinking, this may be a very simple short-term financial decision to try and land a format that can ultimately make them more in a short amount of time. With Christmas coming up it is likely that consumers will be heavily incentivized to purchase cheaper HD players and HD DVD is in a position to add some much needed marketing to push consumers in that direction. Blu-ray may have a wider range of support, but with added hardware and software costs this may hurt them over time. November and December will be very important months to see who inches closer to winning the niche format war.

3. Television broadcasts aren't likely to hit 1080p anytime soon, they sure are even less likely to bump it up even further.

4. Microsoft doesn't care about optical discs or resolution, they care about the software - the content they deliver. They want HD downloadable services. I have said this for more than a year now - Microsoft wants to control the movie content delivery market, and they will use Toshiba and HD DVD to help acheive their goal and then dump them in a second when it is no longer beneficial for them to support Toshiba/HD DVD.

Urge, the company supported for audio download service was similarly dumped by Microsoft the second that Microsoft had their own system in place.

ivseenbetter, post: 299881
I tend to believe that HD DVD makes the most sense. What advantage does BD bring? More space?

Well, so far, what I have read, 90% of BD uses Mpeg 2 encryption, a low bit rate codec so space was not an issue for them
Post Reply