Is HD DVD Trying to Lose? 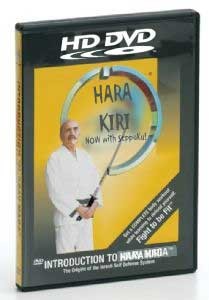 As many of you know I have been somewhat of a critic of the high definition DVD format war. I have never understood how apparent shortsightedness and desire for short-term corporate licensing profits could have prevented so many companies from embracing a unified format. Instead, most companies are bent (I could end the sentence here) on duking it out and forcing customers to flip the bill and go through the decision-making process.

But HD DVD of late seems to WANT to fail. Or at least the software companies backing that format (Warner Home Video in particular) want it to fail.

I mean, what other reason would there be for the hybrid HD DVD/DVD format?

Here is an advertisement in a local Circuit City flyer I received this week: And the consumer doesn't care.

Because NO consumers are going to WANT hybrid HD DVD/DVD discs.

Why won't consumers want these hybrid discs? Because no one likes to spend 3x the cost of a regular DVD just to have a disc available in the eventuality they decide to buy a high definition DVD player whose format may or may not exceed niche status let alone "win" the current format war.

People with HD DVD players, for instance - we utilize a Toshiba HD-XA2 player in a couple of our reference systems, already are simply being forced to pay for the additional cost of manufacturing and mastering that goes into including the DVD side. They get no real benefit and in fact would do better if they could just buy a straight HD DVD disc.

In case this isn't apparent enough to our readers, please read my lips: Warner Home Video, whether on purpose or by sheer bad taste, is sticking it to HD DVD. There is no option for consumers to purchase HD DVD only versions of this (or other current) movies from Warner Home Video. So what's going to happen? People are going to think twice - that's what. And people are going to start wondering why HD DVD movies (in some cases) cost more than their Blu-ray counterparts.

Warner does have a history of bad decisions in this arena. Remember TotalHD? That format, which was supposed to unite both formats under one optical disc (HD DVD on one side and BD on the other) seems all but dead. If they can't make a hybrid disc cost the same to consumers, how on earth would they be able to price a dual HD-format disc? Consumers aren't exactly rushing in droves to grab $30 high definition discs as it is. Would they rush faster to buy a $40 version that included a format their disc player didn't require?

Somebody needs to get laid off - whether it's marketing or executive management I don't know, but none of these hybrid solutions mean anything unless the studios are willing to bite the bullet and keep the retail prices down.

One thing we know from history - studios and manufacturers are more than eager to repeat it. Now, in all fairness is this HD DVDs fault? Not entirely, but somebody needs to step up to the "plate of common sense" and inform studios and manufacturers of how market demand works and what consumers are willing to pay. Either the research isn't being done, or egos are too large to listen.

And this is just one more reason I hate format wars.

Update 08/01/2007: We received this email (excerpted) from a reader who pointed out that the SE version should have been used in our DVD price comparison

The special edition DVD of 300 is $22.99 [which is a closer comparison, having more special features like the HD DVD version], making the HD DVD cost 1.52X that of the DVD, and not 3X as you claim.

We have also heard back from consumers who prefer a hybrid format so that they can play the disc on multiple players, many of which take only standard definition DVD. With this in mind, our main thrust is that HD DVD and BD should do everything in their power to give consumers value-added while keeping costs down. Charging premium for special features and hybrid discs isn't going to help win any format wars.

Read the Complete Thread
jliedeka posts on August 12, 2007 23:36
another fence-sitter

I'm sitting on the fence until I see how things shake out. I have a fairly large (~300 titles) DVD collection. They look pretty good upscaled on my 40" LCD.

Although I own an Xbox 360, I don't regard it as anything but a game machine and have no plans to buy the HD DVD add-on even if I go HD DVD. I have an older model that has component outs, which is fine, but only analog audio. I wouldn't even watch SD DVD's if I could only get pro logic, much less HD DVDs.

My HT system mostly dates from the late 90s. I've been waiting to upgrade my receiver and speakers but only recently has anything been available that decodes all the new sound formats. I'll probably buy a reciver with an eye toward one of the new high def formats but I'm still not ready to commit to something that may be gone in a year.

Normally I'd be against Sony's proprietary formats but I'm really impressed with SACDS and Beta Ray seems to be designed to more content. I think the clincher for me would be whichever format gets adopted by Criterion. For now, they are only putting out DVDs.

AcuDefTechGuy, post: 294525
Yeah, Blockbuster is Blu-Ray EXCLUSIVE In-Store, but will rent out both formats On-Line.

I have both, but I think Blu-Ray will win.

Of the 5,000 Blockbusters in NA only the 1,400 corporate owned stores are Blu-ray exclusive. The franchisee owned stores can do whatever they choose.
BMXTRIX posts on August 10, 2007 12:34

How many format wars have there really been? I mean, Sony has definitely been a part of some of the most used technologies in the world, and has some of their own formats that are earning them millions, if not billions of dollars a year. Some of these were never incredibly popular, but likely weren't complete ‘failures’ as some would like to believe…

1. Floppy Discs (Sony)
2. CD (Sony/Philips)
3. DVD (DVD Forum founding members - 1 of 10, Sony menu structure used, Toshiba disc structure used)
4. Mini-Disc (not really competing, but very popular in Europe and by musicians for years)
5. UMD (obviously not popular for movies, but very popular to put video games on, saying UMD failed overall is like saying Nintendo DS cartridges ‘failed’ - millions of UMDs are sold every year with games. Also, no other product I am aware of besides the PSP uses UMD)
6. Memory Stick (Sony sells millions of cameras and other A/V gear with Memory Stick slots - they likely earn millions on the sale of Memory Sticks themselves)

There are other technologies that they have had great success with as well, but for the most part the only serious format war that Sony truly ‘lost’ was VHS vs. Beta, and that was only on the consumer side. On the professional side, Beta was the standard for about 20 years until digital came in and took over.
AcuDefTechGuy posts on August 10, 2007 11:39
I can't believe Onkyo now goes with HDDVD. You have Denon with Blu-ray, and Onkyo with HDDVD. Looks like this war keeps on dragging.
AcuDefTechGuy posts on August 10, 2007 10:44

Seth=L, post: 294448
I didn't feel like pacing through 10 pages to see if this was already posted, mostly due to the time, but Blockbuster is now renting out Blu-ray discs. At the same store I visited they had no HD DVDs and the employees seemed to think HD DVD was not going to be showing up there at all. They also said their rate of Blu-ray rentals was surprisingly high.

Yeah, Blockbuster is Blu-Ray EXCLUSIVE In-Store, but will rent out both formats On-Line.

I have both, but I think Blu-Ray will win.
Post Reply