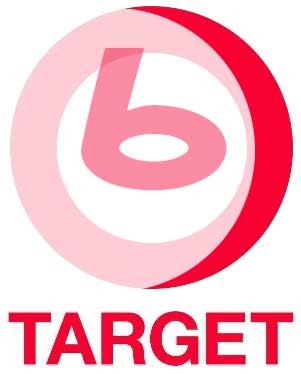 Target stores is siding with Blu-ray starting in October, making BD players and titles available to shoppers in time for the holiday season. Target is the second largest retailer in the US and this presents a very significant setback for HD DVD proponents.

Target said it will sell the Sony BDP-S300 for $499 in October and display it along with Blu-ray discs from three studios, including Sony Corp. and The Walt Disney Co., which will appear at endcaps, prime real estate located at the ends of store aisles. So far, only Universal is releasing films solely in the HD DVD format. If Universal caves to Blu-ray, then the format war may be ended early and Blu-ray can dominate the HD niche market.

Target sells the HD DVD add-on for the Xbox 360 but didn't mention specifically why it would not be selling HD DVD players or titles. As part of its extensive and expensive marketing plan, Sony is paying lots of money to have their products featured in the endcap displays, although Sony executives said Target initially contacted them about the opportunity. Target claims it will track consumer feedback and adjust offerings as necessary.

HD DVD spokesmen remained remarkably unruffled, citing the higher numbers of HD DVD player sales due to lower prices and their endcap presence in Circuit City stores and Best Buy - two locations where the products are likely to sell in higher volumes.

My question was from 5 days ago which 2 days after the article was posted. So, are you standing by the AP article or are you going to edit your article?
Clint DeBoer posts on August 06, 2007 18:31

Tex-amp, post: 291494
Does that mean that you stand by the AP article or are going to edit your article?

Tex-amp, post: 291494
Does that mean that you stand by the AP article or are going to edit your article?

Clint DeBoer, post: 291397
It's based off an AP article, and they NEVER make mistakes…. lol. My guess is somebody got haughty… followed by a panic and backup.

Does that mean that you stand by the AP article or are going to edit your article?
fmw posts on August 02, 2007 09:19
I read somewhere that this all came about when Sony offered to pay for Blu-Ray endcaps in the Target stores. I don't think it has anything to do with Target wanting to be involved in a format war.
Post Reply