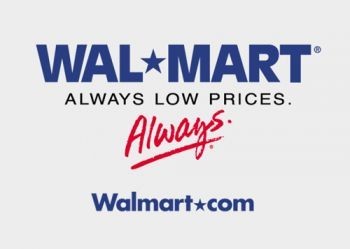 Amidst a flurry of conflictive reports in A/V sites and blogs across the net, Fuh Yuan the Chinese manufacturer that reported the initial news that Wal-Mart had placed an order for 2 million low priced HD DVD players, quickly responded to the rumors by posting a disclaimer on their site stating the deal wasn't written in stone... just yet.

The somewhat revelatory statement by Fuh Yuan still leaves some question unanswered, "We are sorry to correct the statement that we have 2 million HD DVD players order [sic] from Wal-Mart and manufactured by China Great Wall Group, the actuality is that we had not received yet [sic]. We are asked to provide the schedule to Wal-Mart and cost to determine the quantity even more than 2 million, if the cost is good enough and timing is correct. So the capacity is under consideration. Any qualified manufactured base group will be welcome [sic]."

This leaves a fundamental question open, if they produce more than 2 million what will happen to Blu-ray? Wal-Mart could turn out to be the de-facto quotient not just to rescue HD DVD, but to put a nail in the coffin of Blu-ray. Fuh Yuan's statement makes it clear that the 2 million was only a starting point, according to them if the price and timing are right the doors are open to any production number.

Wal-Mart has been supporting both formats up to this point, but if the eminent plans go through, the high definition DVD landscape will be changing. In a statement released to Video Business , Wal-Mart makes no promises to Blu-ray, "Today we sell both Blu-ray and HD DVD in our stores nationwide (approx. 750 stores). As with all new technologies, we are committed to providing the best value on products that customers choose as most relevant to them. With new industry developments, we will make shifts in our selections as customer preferences evolve and they vote with their purchase. We expect that as prices decrease and new elements are added in the coming months that consumers will choose which format will dominate, and that could happen by the end of the year."

Looks like Blu-ray has been put on notice. Sony has announced price cut on its Blu-ray player to $600 this summer. Toshiba also on the warpath due to lagging sales of HD DVD software is slashing their low end player to $399.

These are dark days in deed to be a manufacturer of high definition DVDs, the ink hasn't had time to dry on your press release before the competition is racking up their next attack. You can bet your silver dollar that Chinese manufacturers are poised to flood the US market with low-cost high definition players in the coming months.

No, the war isn't over yet, but the skirmishes that are coming our way will make it interesting indeed. HD DVD might down for now, but Blu-ray better get ready for the coming storm if Wal-Mart has it's way.

The plus side for consumers, lower prices accross the board.

You raise a valid point that most aren't aware of. Many of the uber-cheap Chinese DVD players are devoid of many of the things that actually enable the quality people expect of DVD. The problem lies with the fact that cheap players, due to mass-consumption, will tend to “set the standard” of what DVD should look like. People become satisfied with mediocrity.

If HD-DVD players also follow this route sure, you can have a $200 HD unit, but at what cost to the key feature sets and capabilities that are omitted to enable that price point? It's like buying a used Vega and slapping an Audi logo on it.
pikers posts on May 07, 2007 22:12

tomahawktim, post: 266802
For the sake of the HD DVD format's future, I hope their manufacturing is better than their English.

A flood of crappy players could kill the format.

Frankly, there will be a large segment of the buying population that will be averse to HD-DVD if Chinese manufacturers/brands get hold of the format. Appealing to J6P might sound appealing in terms of volume, but in terms of brand perception in certainly isn't concurrent with the high-performance image that next-gen formats wish to convey. Of course, these perceptions might not always jibe with reality, but it is what it is. The last thing we need is yet another format found along the isles of Walgreen's. Blu-Ray will secure the high-quality segment, thus enabling them to secure higher price points and margins.

Think of this scenario:

HD-DVD = Fewer releases/studios, and less manufacturer support. What support is does have is largely by Chinese no-name brands.

Of course, this can change if manufacturers play their cards correctly and OEM their products through Chinese suppliers while maintaining tight QC. Short of this, American buyers will focus on the fact it's built in China and look elsewhere. I really hope both formats can thrive, but if HD-DVD rolls the dice on cheap manufacturing from questionable vendors, this war may decide itself.
GlocksRock posts on May 02, 2007 10:25
Lets hope their players also include built in Dolby True HD and DTS-Master Audio decoders, and 8 ch. analog outputs… but I won't hold my breath.
BMXTRIX posts on May 02, 2007 09:29
A company like Wal-Mart isn't dumb. While it is possible that they have decided to team up with HD DVD, they also likely have a fair bit of interest in Blu-ray as well. If I were with Wal-Mart and wanted to persue HD disc formats, I would be looking carefully into both formats equally and approaching both HD DVD and the BDA to find out what low-cost options were available.

HD DVD has been putting out great quality, but it has almost all been under very tight control from Toshiba and Microsoft. Going to a 100% Chinese solution with the cheapest players possible is not necessarily going to kill the quality, but it sure doesn't bode well for solid quality controls.

Yet, anyone who thinks these rumors, is anything but good news for HD DVD is crazy. Even the possibility that Wal-Mart MAY be looking into something like this is a very good showing for how the HD DVD format has been able to sustain itself against the BDA monolith.

If Wal-Mart does go this route, it would be very significant I believe… Especially if players come in under $200 while Blu-ray is still sitting around $500 for their cheapest models.
tomahawktim posts on May 02, 2007 03:41
Chinese junk not sunk format HD DVD if floats

For the sake of the HD DVD format's future, I hope their manufacturing is better than their English.

A flood of crappy players could kill the format.
Post Reply