OLED in the News 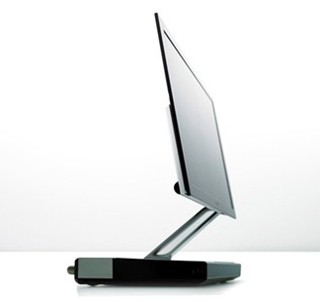 Recently there has been a flurry of activity centered around OLED, not the least of which were rumors that Matsushita (Panasonic) was attempting to mass produce the technology (for cheap) as early as 2011. On the heels of that round of news, Samsung SDI (the Korean-based display manufacturing company) announced it would boost it's small-form AM-OLED production levels six-fold by mid-2009. To do this, they have committed to spending over half a billion dollars ($529 million to be more precise).

It's clear OLED is on the horizon and several breakthroughs have been made as several manufacturers begin discussions of converting factories over to the new technology. Our guess is that plasma panel production will be phased out gradually (or consolidated) as manufacturers look to not miss out on the next big thing.

OLED is so popular, largely because it has the potential of being very inexpensive to produce once mass production is streamlined. It also, like plasma is a light emitting technology - making for better black levels and superior contrast potential. It also takes far less power to run than current flat panel technology and is a much thinner technology, allowing displays to exist which will be less than 1/2-inch thick.

While 2-inch AM-OLED screens may not be as exciting as 37-inch OLED screens, its exciting to see this technology hit the horizon with such promising numbers. Every small advance helps bring the technology closer to consumers. In the meantime, existing technologies like LCD and plasma continue to grow thinner and receive more advances as we wait for the "next big thing".