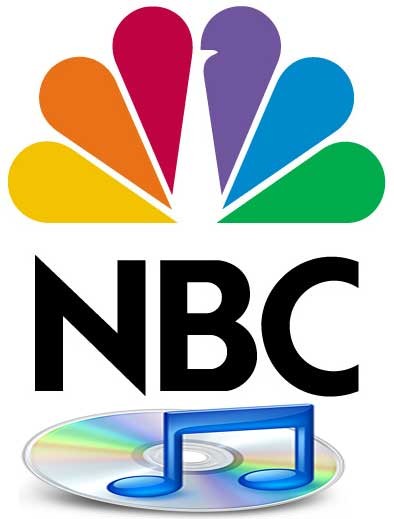 I caught wind of a keynote address given by George Kliavkoff on the state of NBC and Apple's iTunes. Back in August of 2007, NBC pulled the plug (decided to not renew) on its contract to distribute television shows via iTunes. At the time disagreements over pricing (NBC apparently wanted to net up to $4.99 per episode instead of the $1.99 Apple wanted to charge) and DRM (NBC wanted MORE restrictions on content than Apple currently provided) seemed to be behind the decision.

This effectively took away shows like Battlestar Galactica, The Office, and Heroes from those looking to take them on the go with an iPod. At the time, NBC was (coincidentally, NOT) under development of their new Hulu service - but claimed this had nothing to do with the negotiations.

Hulu allows real-time streaming of many NBC shows, and even a few select films, but doesn't allow any portability or downloads (it mentions some shows are available for download but seems to provide no links for easy purchase). If you aren't in front of a networked computer, you aren't going to be able to view anything. Granted, many people can stream movies via EVDO service or other features, but for most, Hulu keeps you pegged to a PC.

Back to the keynote. Among other things, George Kliavkoff, oversees NBC's distribution of digital products across multiple platforms (on-demand, interactive TV, broadband, wireless, IPTV) and partner relationships. During his interview he seemed almost reservedly antagonistic towards Apple and iTunes and their pricing policies.

There's really, like, very few rules about how we like to distribute our product. One of the rules is that we like to control the wholesale price of our product. It's just the way content gets distributed on well, every platform in the world with the exception of one. So, the way it generally works is we set a wholesale price and the distributor gets to determine what the retail price is and they can mark up our product and make a profit; or they can use it as a loss leader and get people in the door, or they can variably price to see what the perfect price is... It's really difficult for us to work with any distribution partner who says "Here's the wholesale price we're going to pay you and here's the retail price." and you don't get a say in either of those.

and the kicker statement was this:

That just doesn't make any sense to us long terms. Especially when the price, um, probably doesn't respect (SIC - Freudian slip?), reflect the full value of the product. You know I think the guys in the music industry would have a lot to say about, you know, how the pricing of their product has sort of affected their industry over the last couple of years. So, you know, we want to do business with people who want to help us distribute - but in that model where we have wholesale price flexibility.

I think the "guys" in the music industry would love what's happened, however the "old guys" (RIAA execs) are standing in the way of them actually benefiting as much as they could from the digital transition.

When pushed about iTunes and piracy (there essentially is none) George acted as if iTunes was somehow beholden to introduce some sort of anti-piracy measures for clips that don't originate through the iTunes store.

To me, this came across more or less as a blackmail scheme where NBC had somehow gotten into its head that iTunes should be doing more to stop piracy simply because iTunes is the vehicle by which media is loaded onto an iPod. This seemed very ignorant to me given the fact that Apple has done such a great job of making sure its DRM scheme is both flexible and secure. It stunk of an excuse of convenience, given the existence of the competing Hulu service. To ask more of iTunes is simply one industry asking another to completely rework a product simply to protect its interests. In short - it's simply not Apple's problem to police the world for pirated content.

Based on the interview here, I would not expect to see NBC television content anytime soon on iTunes, simply due to the existence of Hulu - and also the apparent unrealistic expectations of NBC's agents.