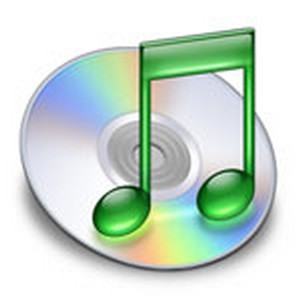 If you're walking the streets with an iPod or iPhone and a pair of ear-buds plugged into your skull you’re not alone. According to NPD Group, a leading consumer electronics market research firm, iTunes is the number two retailer of music in the US.

The numbers were measured in unit volume and the only music source currently beating iTunes is Wal-Mart.

iTunes moved into second place after NPD Group looked at music sales totals in 2007. In the interest of balance, NPD Group counted twelve tracks downloaded as the equivalent to a CD. The research firm only began tracking these numbers in mid-2006 when Best Buy was in possession of second place behind retail behemoth Wal-Mart.

Was iTunes in third place in the fourth quarter of 2006? No, that distinction went to Target. But iTunes was fourth. But for the year 2007 Best Buy was pushed to third and Target back to fourth. That’s impressive growth for iTunes over the year 2007.

But according to Russ Crupnick, analyst at NPD, the movement might not be such a surprise. Crupnick says that the CD is languishing as a media format and that downloads are taking over the music industry and that his numbers describe:

“...almost 50-percent growth in digital downloading in the past year.”

It sounds like the music industry needs to continue to evolve and adapt to music downloads. I vote for a reliable source for lossless or high-bit, legal, digital music downloads.