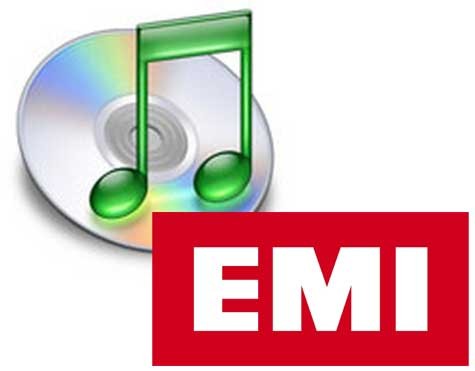 According to a Reuters report today, EMI has apparently taken Steve Jobs' advice to heart and is now offering nearly its entire music catalogue for sale without DRM protection. What?!? Yes, it's April 2nd folks, and unless some jokester at EMI is looking at a Jewish calendar, EMI is taking a huge step towards applying common sense to its business model.

Never before has any record (music) label actually thought that perhaps enabling DRM-free downloads would help the industry to thrive and allow new avenues of revenue and profit. How, you ask? Simple. Without DRM, iTunes can sell its music to owners of competing MP3 player hardware. Conversely, consumers don't need to limit thei hardware choices to which storefront they want to use - and miss out on sales of music that is not yet available on that particular storefront.

And besides, over 90% of all music sold today is on DRM-free digital media - why on earth would the labels try to restrict the fractional percentage sold online? It boggles the mind and we hope that sales figures vindicate EMI and make complete fools out of the rest of the industry.

It was announced at a London news conference that customers would pay a slight premium price (currently thought to be around $1.29 per track) for "premium" singles. So far the definition of "premium" seems to indicate anything from 2x the quality of iTunes to lossless CD quality... we'll have to see what shows up at iTunes but initial indications seem to promote user choice and that's a great concept.

EMI is the distributor for the Beatles collection which to date has not been available via iTunes - a fact that everyone is hoping will change change pending execution of this announcement.

For the punch line - a competing executive at another label is quoted as saying "It's problematic... EMI haven't tested it enough so they don't know what the market reaction is going to be to open MP3s." Yep - forward-thinking an innovative to the last... It would be funny if these decisions (or lack thereof) didn't negatively affect millions of shareholders. I guess that's why I don't invest in record labels. They are the antithesis of a progressive company.

This is a good move, folks - online music is about to really take off.

Read the Complete Thread
jeffsg4mac posts on April 02, 2007 17:35
If I can download cd quality or better, I will soon become a regular iTunes user. As of now, I only download books from audible and my wife uses iTunes.

Clint, this is one time it would be good to eat some crow ehh?

Here it is from Apple. Sadly only 256 kbps AAC. Not good enough

stratman, post: 260195
Now if they only start recording and releasing material that's worth buying! Well, at least it's a start.

Amen to that brother.
shamus posts on April 02, 2007 14:58
Count me in if its CD quality…
stratman posts on April 02, 2007 13:19
It's the logical thing to do, I bet there's a lot hand wrangling going on today at other music execs offices. EMI might just be the one to turn around the floundering music industry. Now if they only start recording and releasing material that's worth buying! Well, at least it's a start.
Post Reply