The Future of Home Entertainment 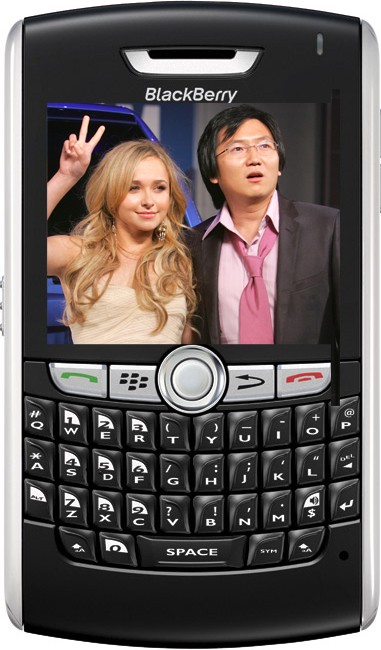 How did we get in this phone? Pretty soon they'll be beaming our show into people's brains!

We all know that advertising works or else businesses wouldn't spend so much on it. Take the high definition player war. After the "secret" sale at Wal-Mart blew out up to 90,000 units, Blu-ray went on the offensive (pun intended) with its "aimed at your kids" Disney exclusive marketing campaign. Well, according to Nielson, it worked. During Black Friday, 72% of all HD discs sold were Blu-ray even though the lowest priced Blu-ray player was more than double the price of the HD DVD players sold during the same time. Nielson didn't release the final numbers but you can bet that it was only a small drop in the bucket compared to the DVD players on the market. High def is still a niche though it does seem to be making some in-roads.

But what is the real future of home entertainment? No one knows. The amount of options out there right now is just staggering though. Take Heroes for example the wildly popular "superhero" themed TV show on NBC. It was just announced that episodes will be available to view on Netflix the day after they air! Of course you could watch it at NBC if you want (and you could have watched it on iTunes if NBC hadn't canceled their contract) or you can wait for the DVD or HD DVD to come out. Well, if you don't mind commercials, you can just watch it on Mojo (in high def) or G4 (standard def but with a post show wrap after). Essentially, there is no excuse for missing an episode of Heroes.

Think about it, from a studio's perspective, isn't this just giving away your content? Shouldn't you be consolidating your programming to that one night at that one time so that you can maximize your advertising dollars? I say "no".

The fact is that there are so many ways to get your content these days that it is practically mind-boggling. While the Blu-ray and HD DVD camps are fighting it out (and to the victor goes… disenfranchised consumers who long ago stopped caring), we are seeing more and more avenues to get the content you want. Hate commercials? Watch it on Netflix (though the playback program is buggy and you have to start from the beginning and manually skip each episode until you get to the latest which increases exponentially the chances of a crash) or you can wait until the DVD version comes out. If you're really into high def you can choose either Mojo or NBC or wait for the HD DVD version comes out (wouldn't be surprised if there was a Blu-ray version considering the market penetration NBC is going for). Want it on demand? You've got Netflix (no commercials but buggy), NBC.com, or the upcoming Hulu.com (NBC's answer to YouTube).

Sure, this seems like NBC trying to muscle in on iTunes and YouTube's markets (and they are) but let's read between the lines. Advertisers get antsy if they think the studio is splitting off part of their audience. What I think they'll find, however, is that the people that watch every Monday are going to continue to watch every Monday. Expanding the fields of distribution of Heroes isn't going to split a single market as it will reach many more. Suddenly, people that never would have been exposed to the show will get the chance to experience it. And maybe they'll start to tune in on Monday or maybe they won't. The reality is that NBC will probably have expanded its audience by many times (with that many more avenues of advertising).

Sure, Heroes is probably the quintessential program for this type of model given its inherent "geeky" flavor but if it works (and all signs point to "yes") we could be in for a new dawn in entertainment. One where studios start to realize that letting us have it our way not only works as a business model but will excel. Will this be an overnight change or do I think this is inevitable? No. There is no way to stop distribution over the Internet at this point - legally or illegally - but it is in the power of the studios to embrace this new paradigm and use it to its own advantage. Or not, and let the pirates and hackers make all the money. It's their choice.

OMG!
You have not LIVED….nay you will never be ALIVE, until you watch Heros!

I haven't either.
Here's one…….What if they had a WAR, and nobody came?!
MikeMA posts on December 01, 2007 08:29
High-def hardware sales jump with Black Friday discounts

Although Bjorn’s reported equal interest for HD DVD and Blu-ray, Crutchfield’s and Ultimate Electronics experienced a much larger price-driven demand for Toshiba HD DVD players. The North American HD DVD Promotional Group touted reaching 750,000 HD DVD units sold, which works out to a 28% jump in set-top sales from its standing prior to Black Friday.

“The Wal-Mart thing and other indicators show that people aren’t hung up on the format as much as they are about price,” said Souder. “We sold out of every that we had at $129. People are willing to make that level of investment, but they didn’t seem willing to spend $399 and $499.”

Ultimate sold three times as many of Toshiba’s third-generation model, the HD-A3, than all of the Blu-ray models combined. Using its own price reductions and Toshiba’s $100-off rebate, Ultimate offered $149 HD-A3s, which regularly list for $299.