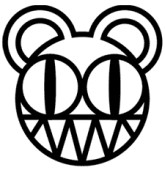 Once the purview of unknown artists trying to get noticed and secure a record deal, English experimental rock band Radiohead has gone the way of internet downloading for the release of their latest album.  The move comes conceptually complete with no recording label backing and the price to download: name your own.

In what could be the beginning cascade of an avalanche for the recording industry, various news agencies are reporting Radiohead’s Sunday announcement that ‘In Rainbows’ is ready for release via direct download from Radiohead’s web site, www.radiohead.com and www.inrainbows.com, as of October 10, 2007.

As one of the few innovative music acts with any significant degree of mainstream popularity, Radiohead has apparently decided on an equally innovative approach to music sales: boot their recording label, give the music away, ask only for a donation, and only ask a fixed price for value added content.

The new album comes in two forms, download or deluxe box edition.  With the download only version, fans are asked to pay what they feel the music is worth.  For those who want physical product, the box set, in addition to the October download, includes both CD and vinyl versions of the album, a bonus CD with seven additional tracks, and a book with photos, art, and lyrics that will apparently sell for 40GBP and ships December 3, 2007.

In the past, established artists of some means, tired of record label exploitation and abuse, have often begun their own labels with intent to control their own destiny.  But the need to establish an independent label, albeit with improvements, still echoed the business model they were fleeing.

With Radiohead hosting the downloads themselves, their approach not only eschews the recording industry’s unfavorable contract terms, it avoids all the middle men, such as iTunes and other download retailers, who add no value to the music, only cost.  It also removes the incentives that fuel online piracy: it can be downloaded from the musicians directly (almost) for free and there is no DRM screwing with the doctrine of Fair Use.

For those who may not be familiar with the recording industry’s unfavorable contract terms, I will let Robert Fripp (King Crimson) explain:

The phonographic copyright in these performances is operated by Discipline Global Mobile on behalf of the artist and compositor, with whom it resides, contrary to common practice in the record industry. Discipline accepts no reason for artists to assign the copyright interests in their work to either record company or management by virtue of a "common practice" which was always questionable, often improper, and is now indefensible.

The copyrights of the compositions rest with the performer and post-performance compositor. Crimson Music recognizes no valid or ethical reason to assign them to publisher or manager as an inevitable, necessary or useful part of the business of collecting publishing royalties.

The artists affirm their moral rights to be acknowledged the authors of these works, subject always to the operation of grace.

Let us sadly acknowledge, in the spirit of preparing the future and repairing the past, that the publishing industry and music industry has often and repeatedly failed to treat its artists honourably, equitably and with common decency. There are too many instances of abuse, exploitation and the betrayal of trust for us to view this world with equanimity, confidence or ease.

Actions from the past which we now view with regret, including our own, may yet be addressed: they are reparable, they are forgivable; they are not excusable, they are not acceptable. To do otherwise is to place ourselves outside the natural circle of healing. This is truly terrifying.

Cynicism and bitterness are natural, reasonable and likely responses for anyone, whether performer or audient, who knows a close relationship with those who control money flows within the music industry; music can be a gate to Paradise, but cynicism holds us at the threshold.

More and more top artists are leaving the traditional music industry or see its demise.

Trent Reznor, who is a strong anti-DRM advocate and sees the current recording industry business model as irrelevant, gave away USB drives with DRM free copies of single on his European tour.  Reznor did this with the intent that other musicians might work with this digital music content to edit and remix it to produce new works.

"The USB drive was simply a mechanism of leaking the music and data we wanted out there," he explained. "The medium of the CD is outdated and irrelevant. It's really painfully obvious what people want - DRM-free music they can do what they want with. If the greedy record industry would embrace that concept I truly think people would pay for music and consume more of it."

Pete Townshend's open source music creation software, Lifehouse Method, is an extension of his Lifehouse concept album, abandoned in 1971, which ultimately became ‘Who’s Next’.  The prophetic Lifehouse project was intended to make live music adaptable and interact with the personalities of the audience to form a sort of group musical nirvana:

In Lifehouse Townshend predicted a future wherein the population was forced inside by heavy pollution and connected in their homes to an Internet-like "Grid" through which media moguls provided programmed entertainment. Rebels escaped this situation and gathered together to perform a live musical concert which generated a nirvana like state of universal unity.

Peter Gabriel's project, The Filter, is an intelligent play list generator that is intended to suggest new music to a user based on personal preferences.   Suggestions are determined from tracks that the user puts into the system to seed the process.  With no commercial connections, The Filter will allow users to find obscure recordings that might suit their tastes, recordings they otherwise would never find in the commercially driven recording industry.

"The filtering process is not dictated by marketing dollars. Paid-for content has been the rock on which both the music and the film industries have been built. This rock is rapidly turning into quicksand and it seems to me that the future income streams are probably going to come as much from filtering and advertising, as from direct sale of content. I am hoping in our internet projects to make sure that musicians are not at the bottom of the pecking order."

These artists see what the recording executives have not: with the advent of the internet and digital storage, physical media is becoming irrelevant, passé, and when consumers are asked to buy the physical copy, they are going to need a reason to buy it: value added content.

Radiohead’s approach has several ramifications for the musicians.  With no record label to steal their artistic work through ‘common practice’ and skim most of the profit for themselves, they retain rights to their own work, any income generated belongs to the musicians, and the fixed costs to produce an album, paid by the musicians in a traditional recording contract, are kept to a minimum with no costs to press and distribute the recording, just the cost to host a download site on a server.

"I like the people at our record company, but the time is at hand when you have to ask why anyone needs one. And, yes, it probably would give us some perverse pleasure to say 'F___ you' to this decaying business model."

If this takes off as a business model and more recognized acts defect, it seems likely there will be a lot of [parasites] record executives looking for new hosts talent to [suck blood from] promote in a rapidly shrinking pool.

Joe Schmoe, post: 320241
I thought that the box included a CD, so that you don't need a turntable.

gus6464, post: 320097
I preordered the Discbox since wife is a Radiohead maniac. Now I need to start thinking about which turntable to buy.

rynberg, post: 318810
I didn't bother to read any of the post-download reports before putting my money down for the download…….

So, how much did you choose to pay, if you don't mind me asking?
Post Reply