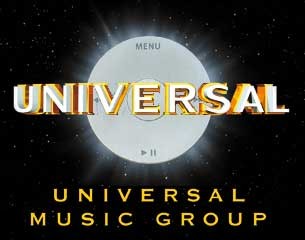 Universal Music Group notified Apple last week that it will NOT be renewing its terms within an annual contract for the iTunes music store. The New York Times reported on this information, citing "anonymous" executives who didn't mind giving up the info, but wanted to make sure they didn't lose their jobs in the process.

The temporary plan will be more of an "at-will" marketing effort that allows Universal the option of removing songs from the iTunes store on short notice if they aren't happy with the $0.99 pricing that Steve Jobs has made such an issue in his negotiations.

What is really at stake here appears to be a sort of Texas Hold'em poker match between the two heavyweights. Universal controls enough record labels to amount to about 1/3 of ALL new releases sold in the US (though without further information that statistic is a pretty fast and loose one). If Universal pulls its music from iTunes, the store suffers losing a large chunk of it's new and popular library. The other side of the coin, however, shows Universal losing big, since sales of AAC recordings through iTunes accounted for over 15 percent of Universal's global revenue in the first quarter - over $200 million. At this point, I'd have to say that Universal has much more to lose.

Universal is obviously attempting to leverage a more powerful position with Apple. With Steve Jobs' commitment to the $0.99 song price I don't see that they will get very far. When one company attempts, through leverage, to change the entire business model of another company the end results are almost never pleasant. My guess is that the situation will either be status quo or Apple will offer some kind of olive branch that doesn't result in any real change for the pricing structure.

Apple's recent introduction of higher priced songs lacking copy protection marks a departure for the company from it's $0.99 policy, but with some added benefits to the user (though not lossless audio quality as some had hoped for.) Still, it is doubtful that this will have any positive bearing on Universal's position. To the contrary - it is yet another benchmark that the company will not be able to pass without adding some additional incentive for downloaders.

Apple wins business wise if Universal capitulates, Apple wins consumer perception wise if they hold the $0.99 of a dollar line and Universal walks away.

Either way, Apple looks to the average consumer like they are on their side. Which as a consumer electronics company, they pretty much are (as far as a large corporation can be).

I don't see Apple giving Universal a bigger slice of the $0.99 of a dollar pie. I do see Apple pulling in more Indie outfits to fill a potential gap (unless they have them all represented, I dunno, I refuse to purchase music online, I buy CD's).

I would laugh if this signaled the steady decline of dinosaurs like Universal.
avliner posts on July 02, 2007 19:31

mike c, post: 281056
when I read the title, i thought it was gonna end like “Universal doesn't renew with HD-DVD”

birdonthebeach, post: 281042
Clint is right. To assume that big label heads have a brain is your first mistake in all of this…

Let me 'splain. No, too much. Lemme sum up: Apple wants control, Universal wants more $$$…..

Sounds about right, but if Universal is thinking it might be something along the lines of: “Hey, we don't need a contract to sell our music on iTunes and this way if something bigger and better comes out we don't have to break a contract.” Then again that is a big if.
Post Reply