User-friendly DRM Around the Corner? 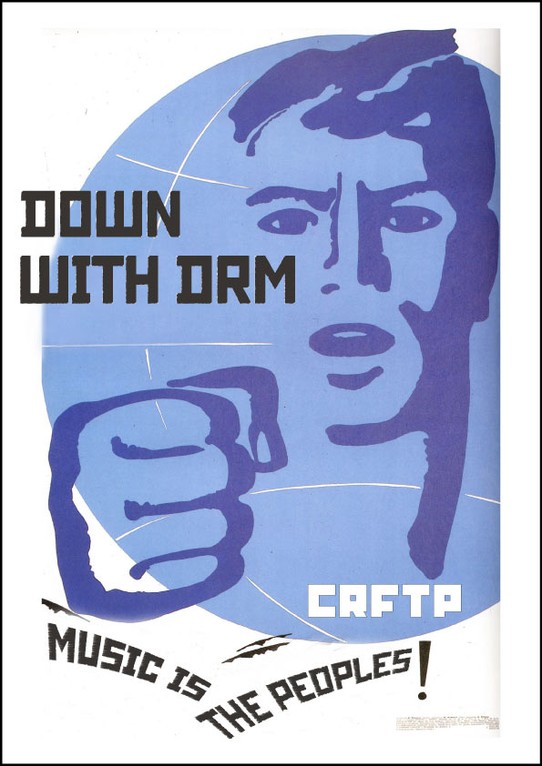 In an event most would have thought unlikely, Dan Glickman MPAA CEO, called for DRM compatibility across the board. Sponsored by Variety and Lexis-Nexis, this ground-breaking conference brought to light the controversy surrounding the subject of DRM.

Mr. Glickman wants diverse industries to coalesce in an effort to bring order to the chaos caused by DRM and the myriad ways that its being implemented. Citing consumer dissatisfaction and frustration, Glickman said, "MPAA has been working with senior executives from each of our member company studios for about a year now to help make these choices possible. We've been quietly working to identify ways to enhance the consumer experience with digital media. Our goal is a diverse, high-quality, hassle-free consumer experience, one that makes the most effective case possible not merely for the legitimate content marketplace, but for its vast superiority."

He pointed out progress being made and what is to be expected in the near future. The list seems to address the most pressing gripes consumers have with DRM. For instance Glickman calls for delivering content to consumers any way possible on their preferred platforms or devices. "We eagerly embrace every commercially viable entertainment delivery method, so long as it incorporates reasonable protections against the misuse of filmmaker's creative efforts."

My question is: what's reasonable?

The issue that seems to throw a monkey wrench into DRM implementation today was also discussed. This issue by far is the one that has consumers in an outrage: the ability to copy your content. "We wholeheartedly support allowing consumers to make authorized copies of the content they purchase. We expect to be able to make this happen for HD DVD hopefully this year. We are in agreement on the outcome we wish to see: Consumers should be able to enjoy authorized DVD content on their home networks... on portable devices... at their convenience. Next, we fully embrace interoperability. We believe that consumers who come by their content legally should be able to enjoy it on any device." And finally the last bullet, "we collectively affirm our on-going support for Digital Rights Management."

Glickman believes all these goals are attainable, the only hurdle being communication between parties concerned, the MPAA, the electronics community, and finally, the legal community.

If this pans out as Mr. Glickman describes, it could turn out to be an auspicious occasion for A/V consumers everywhere, you'll be able to make copies of your content to play on any device, rip your DVD into your server without a hassle. It sounds like Dan Glickman really cares about the DRM mess, I just hope it's not too good to be true.

HiJon89, post: 265415
User-friendly DRM is an oxy-moron. The only way DRM can be effective is if it's completely un-userfriendly.

emorphien, post: 265405
The only user-friendly DRM is no DRM. I don't accept that someone who legitimately purchases music or movies should jump through hoops just to use it.

Amen, I completely agree with that, but the mere fact that someone who might be able to do something is recognizing the problem is a step in the right direction. In the end we have to take the lesser of two evils.
emorphien posts on April 25, 2007 15:12
The only user-friendly DRM is no DRM. I don't accept that someone who legitimately purchases music or movies should jump through hoops just to use it.
stratman posts on April 25, 2007 13:57
The industry has no one to blame but themselves, if this guy Glickman is really genuine about his ideals and goals, it might be a good start. To be frank I'm a bit skeptical about the other “parties” involved, specifically the legal community, with them its the bottom line (money.) We have great techonology that can't be put to it's full potential due to “legalities” in place.

Another hypothesis could be that the line on DRM has been softened due to the fact that RIAA and MPAA haven't been as succesful at stopping illegal downloads as we have been led to believe, thus if you make it easier to play content accross the board people will be less motivated to pirate music and movies, Glickman says he doesn't mind if consumers who “came by their content legally” make duplicates for network, portable device, mobil viewing. That has to be the biggest gripe with consumers, not being able to duplicate.
Post Reply